Retailers and malls nationwide have been asked to close earlier at 9pm, following the private sector's most recent bid to help curb the country's third Covid-19 outbreak. 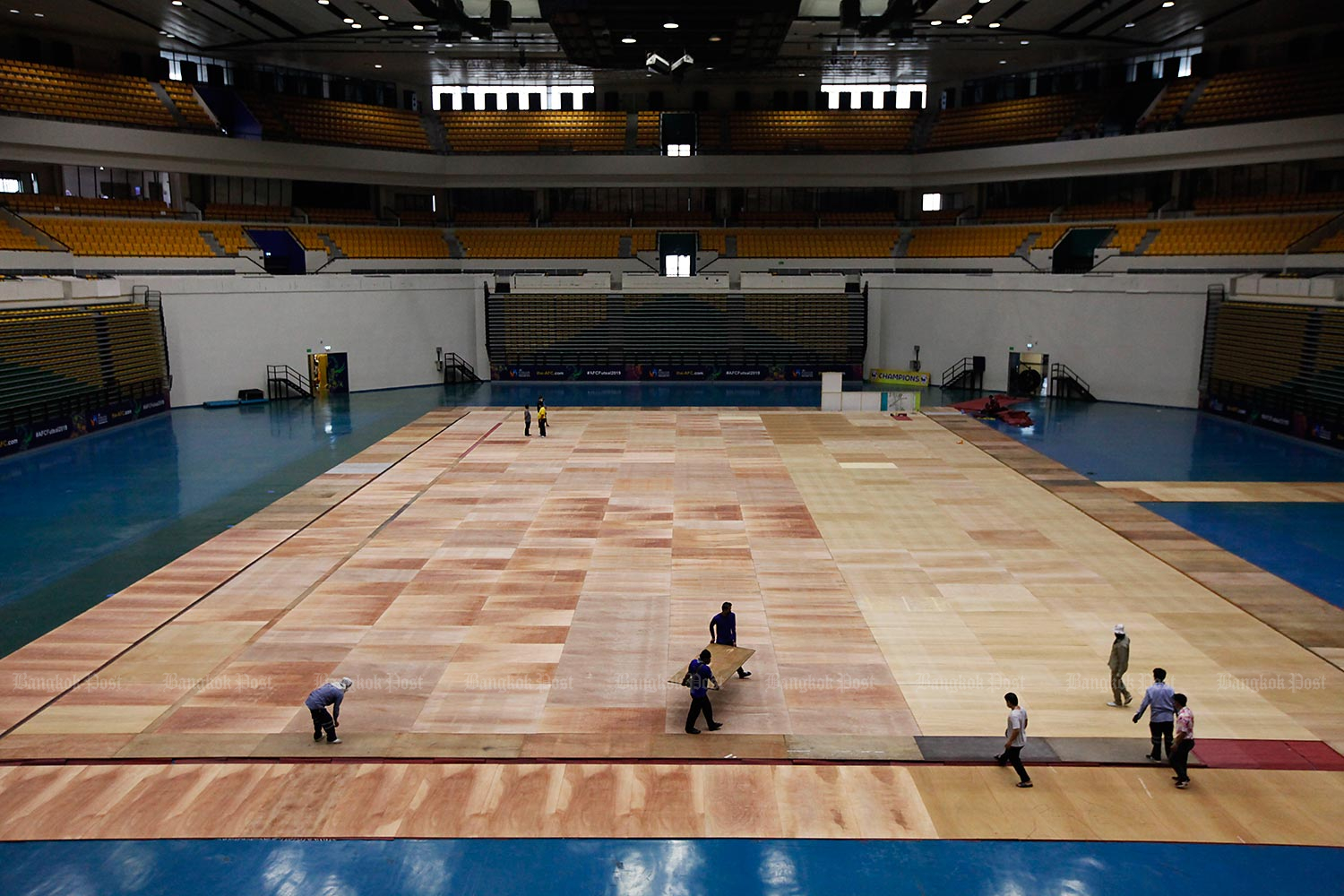 Quick conversion job: Bangkok Metropolitan Administration officials are preparing Bangkok Arena in Nong Chok district to be a new field hospital which will be called Erawan 2 Hospital, to accommodate Covid-19 patients with a 350-bed capacity. It will open on Monday. (Photo by Varuth Hirunyatheb)

Yol Phokasub, president of Thai Retailers Association (TRA), said on Wednesday the TRA and Thai Shopping Centre Association (TSCA) jointly announced to their members and trade partners nationwide that they must maximise their Covid-19 screening measures.

Both associations asked their members to close earlier at 9pm, starting from today and until further notice.

These businesses are also being advised to suspend all activities that would involve gatherings of large numbers of people. They are further being advised to have their staff work from home as much as possible, said Mr Yol.

He said the two associations hope their move will lead to more action by the private sector in supporting the country's work to contain Covid-19 and ending the latest wave of the outbreak as soon as possible.

Meanwhile, Phuket -- the tourist island that was on track to becoming the country's model for opening up to tourists after the year-long economic devastation Covid-19 has caused -- will be asked to return to lockdown mode again, said Dr Pitakpol Boonyamalik, a public health inspector.

"The number of new Covid-19 infections in this health region continues to soar by the day. I must propose that the provincial communicable disease control committee of Phuket, in particular, considers locking down the province after Songkran in order to contain the outbreak situation there," Dr Pitakpol said on Wednesday during an online conference for health officials in the southern region.

Dr Pitakpol oversees the 11th Health Area of Thailand -- covering Chumphon, Surat Thani, Nakhon Si Thammarat, Phuket, Phangnga, Krabi and Ranong In July, Phuket will be the first province to waive the quarantine requirement for vaccinated foreign visitors, as part of the government's plan to reopen the country.

Dr Pitakpol said that despite the cases in the southern region being relatively low, with none listed in a high-risk zone, the situation is still worrying.

"Many of our current patients did not have a history of travelling into the outbreak zones before, which points to the possibility that they could have contracted the virus from people who were quarantining at home or people who were deliberately concealing their travel history," said the doctor.