A health official checks the body temperature of the migrants. (Photo: Piyarat Chongcharoen)

A team of soldiers from the Lat Ya task force, police and local officials spotted a group of eight people walking along a road in tambon Prangphae at around 8.30am on Saturday.

Six of them — five men and one woman — were illegal Myanmar migrants, all adults. The two others were Thai nationals, identified later as Supanee Maphuk, 29, and a 16-year-old male teenager, both from Sangkhla Buri district. All were detained for questioning.

During the interrogation, the migrants told police that they had travelled from the neighbouring country to work in Ratchaburi, Samut Sakhon and Samut Songkhram provinces. Each had initially paid 6,000 baht to a job broker. Ms Supanee and the Thai teenager were sent to lead them across the border.

When arriving at the meeting point, they were asked to pay more brokerage fees to the broker. The fees varied by their destinations.

Health officials checked all suspects for a fever and all had normal temperatures. They were later handed over to local police for legal action.

Last Saturday,  59 Myanmar nationals, including two boys, were arrested for illegal entry in Sangkhla Buri district, while a Myanmar man who had guided them across the border fled.

The migrants told Thai authorities that they had contacted a job broker in their home country to help find work in Thailand. They were destined for workplaces in Sa Kaeo, Surat Thani, Ratchaburi, Mahachai and Om Noi in Samut Sakhon, Pak Nam in Samut Prakan, and Bang Pakong in Chachoengsao. 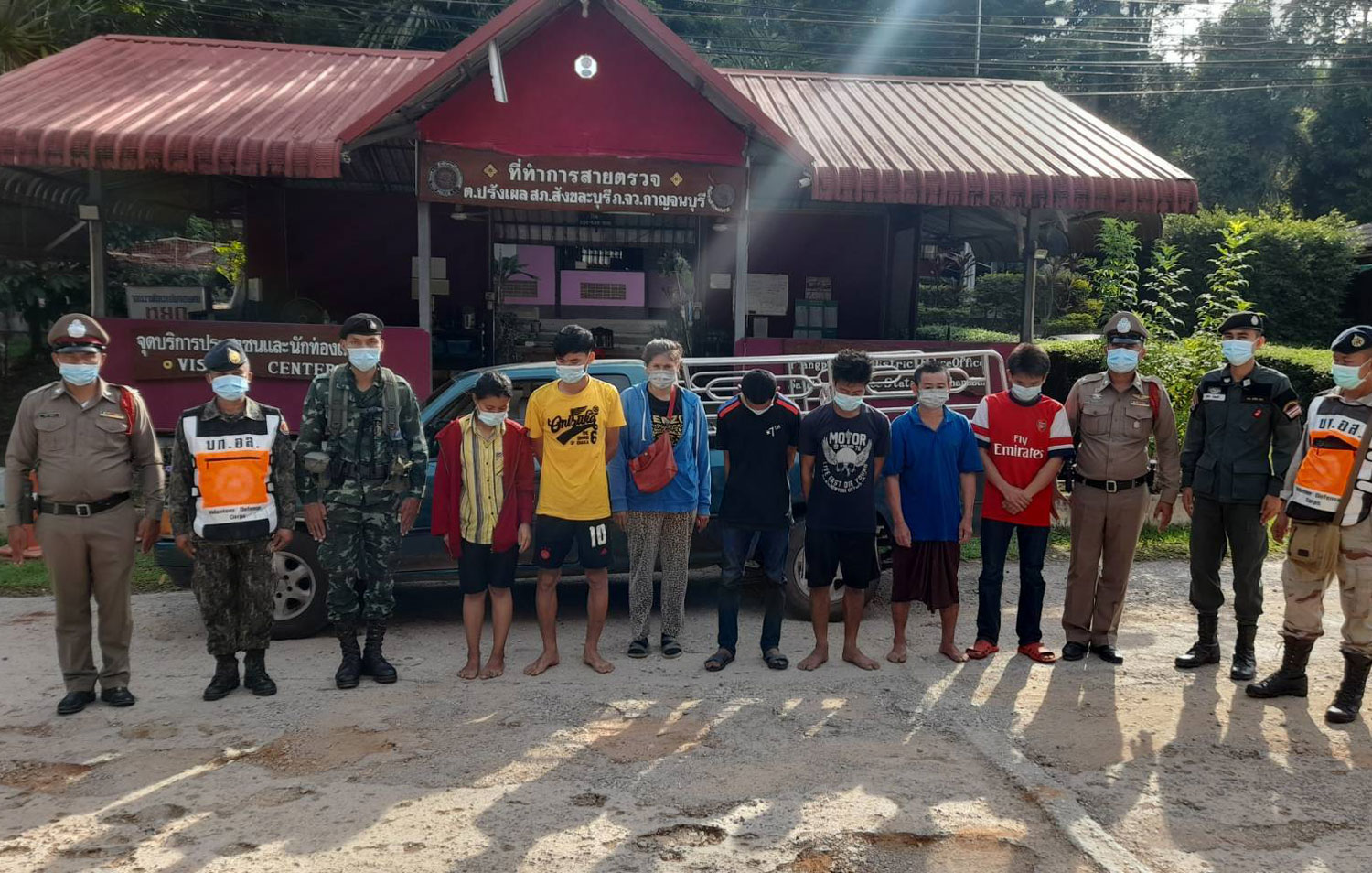 Six Myanmar migrants and a Thai woman (wearing a blue jacket) are held after they were caught in Sangkhla Buri district, Kanchanaburi, on Saturday morning. (Photo: Piyarat Chongcharoen)