The wreckage of a pickup truck hit by a six-wheel lorry from the opposite lane on Warin-Katharalak Road in Warin Chamrap, Ubon Ratchathani, on Friday evening. A nine-year-old girl and her father, 29, in the pickup truck were killed while the mother, also 29, was sent to a hospital. The driver of the lorry, who was slightly hurt, was drunk. (Image from a video supplied by Dusit Singkhiri)

A total of 277 people were killed and 2,357 injured in more than 2,300 road accidents during the Songkran holiday this year, according to official data.

The figures for both accidents and deaths were down nearly 30% from the levels seen in 2019, reflecting reduced travel this year because of concerns about the new wave of Covid-19 infections. There was no Songkran travel last year because the country was in a lockdown.

On Friday, the last day of the seven-day road safety campaign when traffic laws were strictly enforced, 26 people died and 255 were injured in 253 accidents. (see chart) 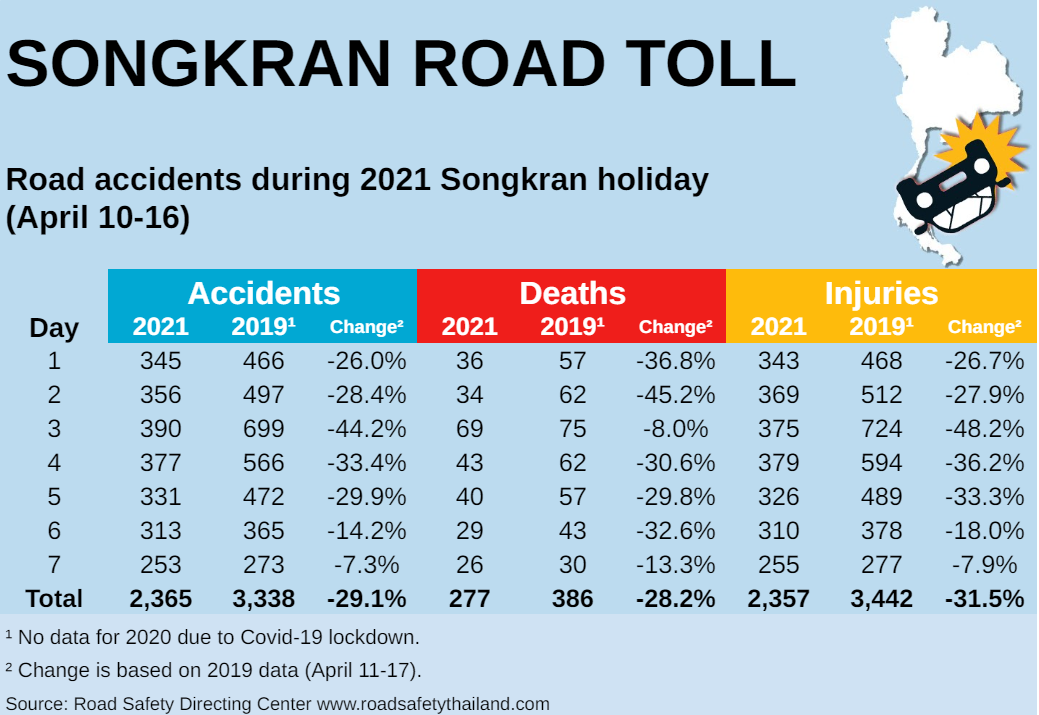 Ubon Ratchathani saw the most fatalities (3), followed by Chanthaburi (2) and Phetchabun (2).

Over the seven days, Nakhon Si Thammarat saw the most accidents (106), followed by Chiang Mai (77) and Songkhla (69).

Pathum Thani reported the highest number of fatalities at 10, followed by Bangkok (9) and Chiang Mai (9).

Motorcycles were involved in 79.2% of the accidents, followed by pickup trucks (6.9%).

The types of roads where most of the accidents occurred were highways (39.5%), followed by tambon or village roads (36%).

Almost half a million motorists, or 459,644, faced charges ranging from failing to wear helmets, not having driver’s licences and failing to fasten seat belts. 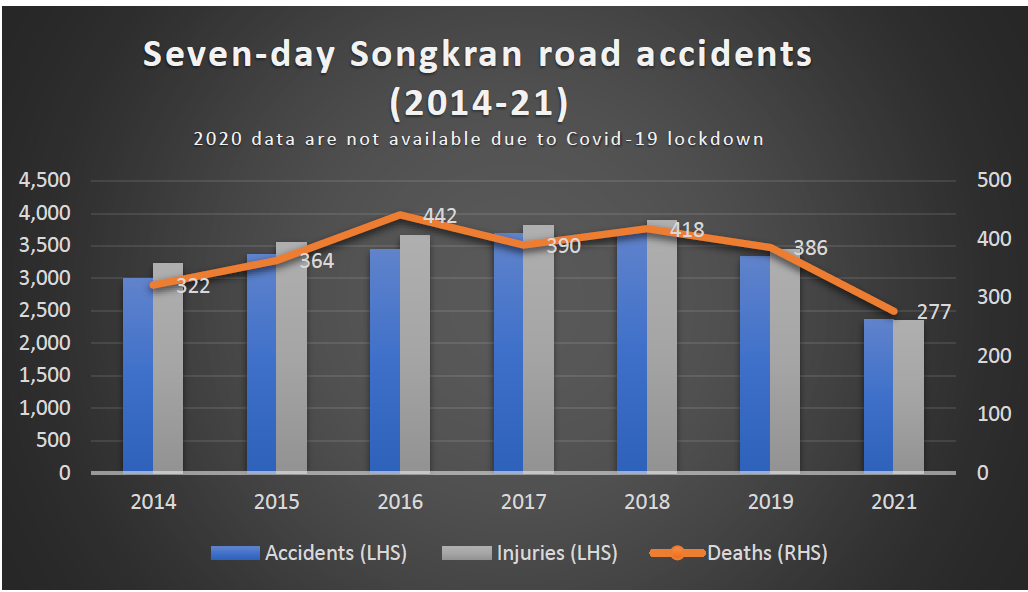 In a sudden resolution to a diplomatic crisis between the US, China and Canada, a top Huawei Technologies Co executive flew home as China released two jailed Canadians.

Heavy rain alert in most parts till Sunday

Heavy rain, flooding and strong winds in 39 provinces in the North, the Northeast, the East and the Central Plains, including Bangkok, on Saturday and Sunday as tropical storm Dianmu weakened.

Heavy rain alert in most parts till Sunday