The government is appealing to all sectors to comply with the new Covid-19 restrictions by supporting work-from-home schemes where possible, as the number of daily new infections reached a new record with 1,767 new cases on Sunday. 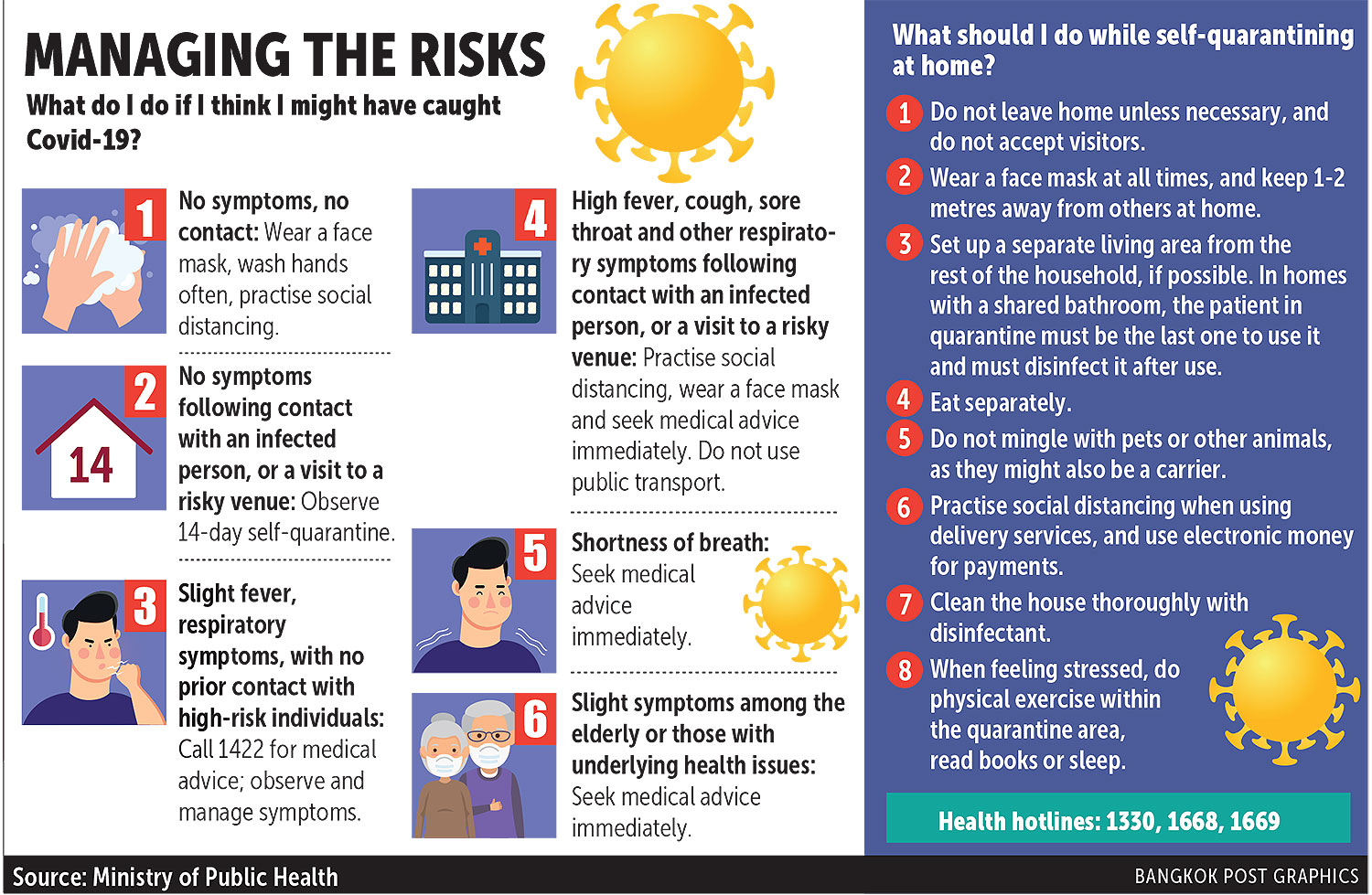 The spokesman for the Centre for Covid-19 Situation Administration (CCSA), Taweesilp Visanuyothin, cited research by the Department of Disease Control that showed a growing number of infection clusters in the latest wave of Covid-19 outbreak, as he made the appeal on Sunday.

Most recently, a cluster was found at a private school in Samut Prakan, where 32 people tested positive for Covid-19 after two of its foreign teachers returned from a trip to Phuket between April 2-4, where they visited a number of night entertainment venues.

They returned to work, supervising examinations at the school from April 5-8 before attending a party on the evening of April 8. The pair tested positive for Covid-19 the following day. Subsequent tests at the school found 23 cases among students and four among their family members.

On Saturday, clusters were found at the offices of several companies, including 23 cases at a Chon Buri-based private company and eight cases in an Udon Thani-based electricity authority office.

"This is the reason the CCSA is asking for your cooperation to step up work-from-home measures. Companies which have reported cluster infections, if you can allow your employees to work from home, please do so," Dr Taweesilp said.

The appeal came as the country yesterday logged another daily record number of Covid-19 cases -- 1,767 -- bringing the accumulated number of confirmed cases since the pandemic began to 42,352. Two new deaths were reported, raising the toll to 101.

Dr Taweesilp said the Public Health Ministry is working to shorten long waits for hospital beds which have been reported in Bangkok and Chiang Mai -- the worst-hit provinces in the new outbreak, in which most cases are linked to entertainment venues.

The problem will be addressed by a single-command operation with Department of Medical Services (DMS)'s chief Somsak Akksilp acting as chief coordinator between hospitals and supporting units which run field hospitals, such as the military.

He called on the Covid-19 patients waiting to be admitted to strictly comply with disease control measures, before stressing that those who have tested positive should self-isolate immediately.

Opas Karnkawinpong, director-general of the DDC, emphasised the importance of work-from-home schemes to curb the spread of the virus after the Songkran holiday.

With full public cooperation, the number of infections should decrease within the next two weeks, Dr Opas said.

"We're concerned about community transmission in schools and workplaces. The work-from-home policy is important as we expect people to return to work on Monday. Please avoid gatherings, sharing of items and eating together," he said.

Dr Opas also said the Department of Medical Services is studying the severity of symptoms in infections caused by the fast-spreading UK variant of the coronavirus, which has been detected in many of the new cases.

According to the DDC chief, 128 Covid-19 patients are currently in critical condition, with 28 currently on ventilators.

One of the deaths was a 54-year-old monk who suffered from multiple diseases and tested positive for the novel coronavirus after he died last Monday in Bangkok.

The other death was a woman, 70, who tested positive when she was admitted to a hospital last Monday. She died on Saturday.

According to Pol Gen Aswin, the BMA has arranged a total of 1,860 beds at its field hospitals, who said the number is likely to be enough given current projections.

The department said at-risk individuals can drop by the Medical Correctional Hospital in Bangkok's Chatuchak district on weekdays from 8.30am to 2.30pm, with results posted via SMS.

The Corrections Department has found another 1,219 cases in three prisons in Greater Bangkok, six of which are critical.