A Bangkok Metropolitan Administration worker tests a bed for incoming Covid-19 coronavirus patients at a new field hospital in a sports stadium on the outskirts of Bangkok on Sunday. (AFP photo)

Monday's tally was significantly lower than the record-high 1,767 new cases recorded on Sunday, although whether it is the start of a downward trend remains to be seen.

The Centre for Covid-19 Situation Administration (CCSA) said the new deaths included a 56-year-old man who died in Prakhon Chai district of Buri Ram on Sunday. He had worked in a bar near Nana in the Sukhumvit area of Bangkok before returning to his home province during the Songkran holiday.

Another death was of an 84-year-old woman who died on Friday, with records showing she was in contact with her grandson who worked at a nightspot on Ratchadaphisek Road and was infected with the virus.

The third fatality was a woman, 61, who died on Sunday after testing positive for the novel coronavirus at a hospital in Hua Hin district of Prachuap Khiri Khan.

The new confirmed infections on Monday included 1,384 local transmissions and six imported cases. It was the first time in three days that the number dropped below the 1,500 mark. The country registered 1,543 case on Thursday, 1,582 on Friday and 1,547 on Saturday and 1,767 on Sunday.

Bangkok saw cases drop to 293 from 346 on Saturday, while new transmissions in Chon Buri plunged to 98 from 229. In Chiang Mai, however, cases rose from 164 to 197, according to CCSA figures.

'Keep your guard up'

CCSA assistant spokeswoman Apisamai Srirangson called on people to keep their guard up as the drop was not necessarily the start of a downward trend. "High number will come back if we are complacent," she said.

Authorities were banking on travel restrictions and the work-from-home policy amid concerns that Covid-19 could spike after infected people visited their families during the Thai New Year period. Ms Apisamai pointed to the death of the man in Buri Ram on Sunday as a warning.

“It is vital is to limit movement," she said.

The Public Health Ministry hopes the restrictions will lower the spread of the virus next month.

The six imported cases included one Indian who recently flew in from India and five Thai nationals: two from Bahrain, two from Malaysia and one from the United Arab Emirates.

More people around the world were diagnosed with the coronavirus during the past seven days than any other week since the virus emerged, topping 5.2 million globally, according to data from Johns Hopkins University. The worst outbreaks are gaining speed in many countries that are ill-equipped to cope.

The data also showed a 12% increase in cases from a week earlier, throwing doubt on hopes that the end of the pandemic is in sight. 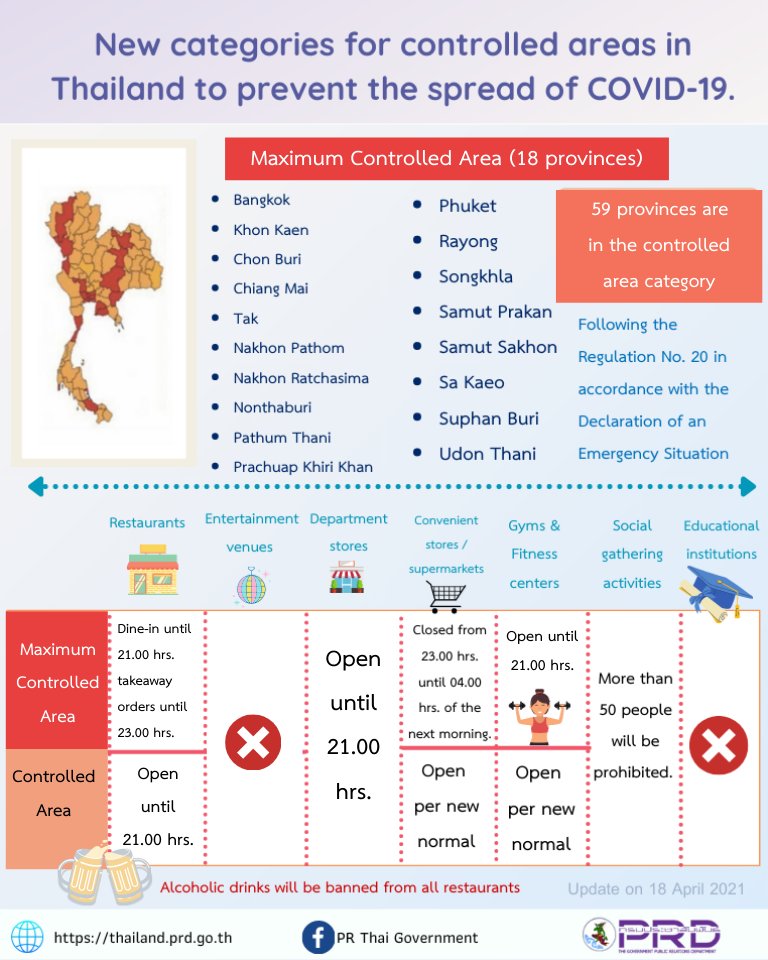