A health official collects a nasal swab from a woman in Ayutthaya province on Tuesday, when the central province reported 14 more Covid-19 cases. (Photo: Sunthon Pongpao)

The Ayutthaya public health office reported the new infections on Tuesday. Most are family of previously confirmed cases.

Of the accumulated 203 cases, 62 have already recovered and been discharged, while 141 remain at hospitals, the announcement said.

In April, 143 people have been confirmed infected with the virus.

One of the new cases is a 44-year-old American man who lives in Wang Noi district. He had been in contact with infected patients numbers 121, 163 and 164 in the province.

Another 106 people deemed at high risk had been tested, and the results were pending, the announcement said. 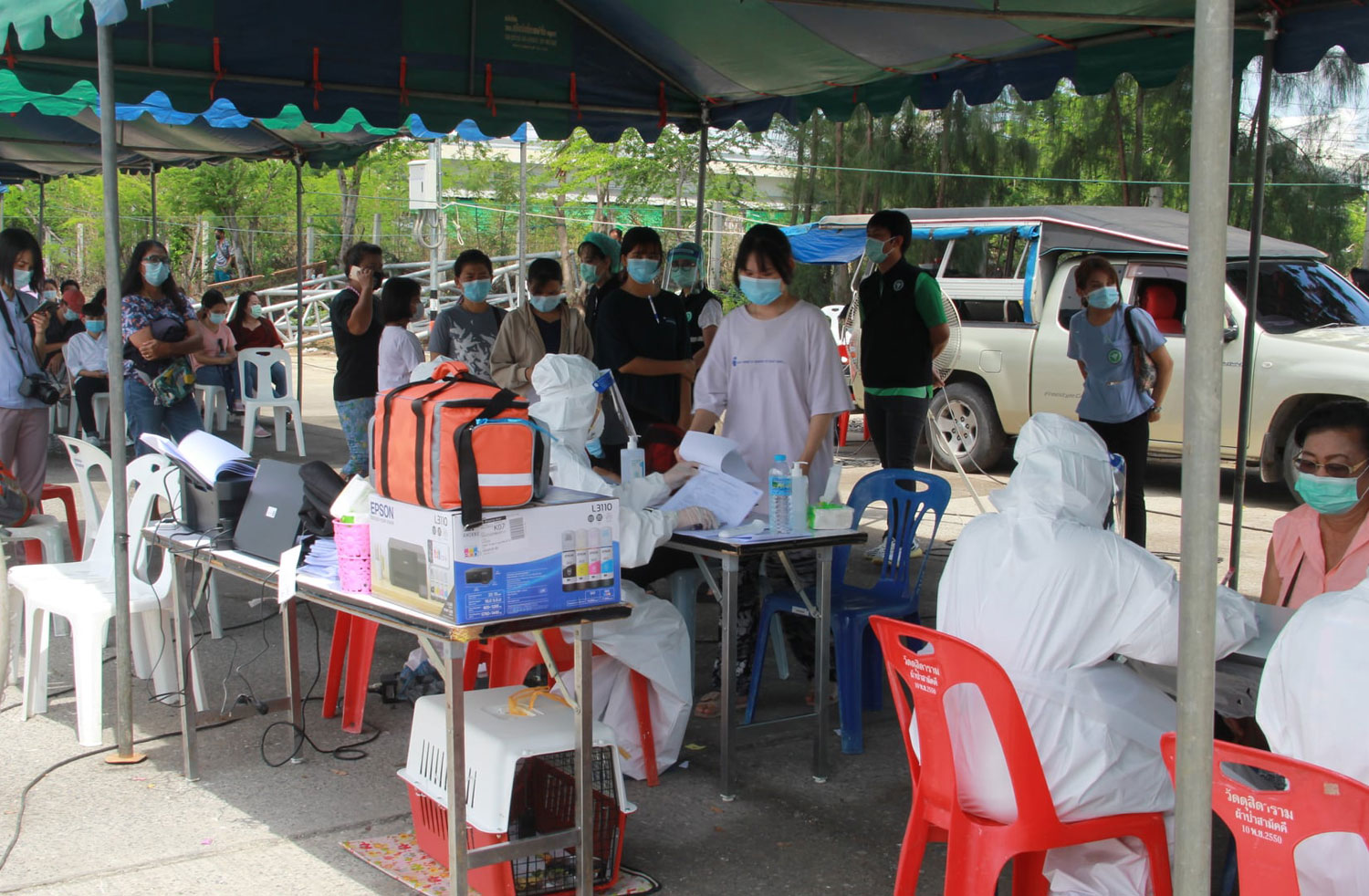 People wait  their turn to take a Covid-19 test in Ayutthaya on Tuesday. (Photo: Sunthon Pongpao)