AYUTTHAYA: Nineteen more Covid-19 cases were reported in Ayutthaya province on Friday, including three children, bringing the total number in this central province to 268.

Health officials said most of the 19 new cases were infected by family members, and one caught the disease at the Central Shrimp Market, which has been closed after people working there were found to be infected.

A 33-year-old woman, patient No.251, in Phra Nakhon Si Ayutthaya district, caught the disease buying goods at the shrimp market.

The new infections raised the number of cases in Ayutthaya to 268 since the outbreak began in mid-December. In April, there are 208 cofirmed infections to date.

People who were deemed at risk had taken Covid-19 tests. There were 133 people still awaiting test results, officials said.

The provincial disease control panel has ordered the closure of the Central Shrimp Market in Phra Nakhon Si Ayutthaya district for seven days, from April 21 to April 27, for disinfecting.

Almost 1,400 people had already been tested, and 34 were positive. About 400 people at high risk were due to have their second coronavirus test on Friday. The results would be known on Saturday.

The shrimp market had been cleaned up and disinfected, the governor said. A committee would assess the situation and decide whether it should be reopened or not, he said.

Workers at all shops and stalls at the market would be required to have Covid passports, to show they had been tested, before they would be allowed to reopen.

The governor confirmed reports that people who failed to wear face masks when going out would be fined. 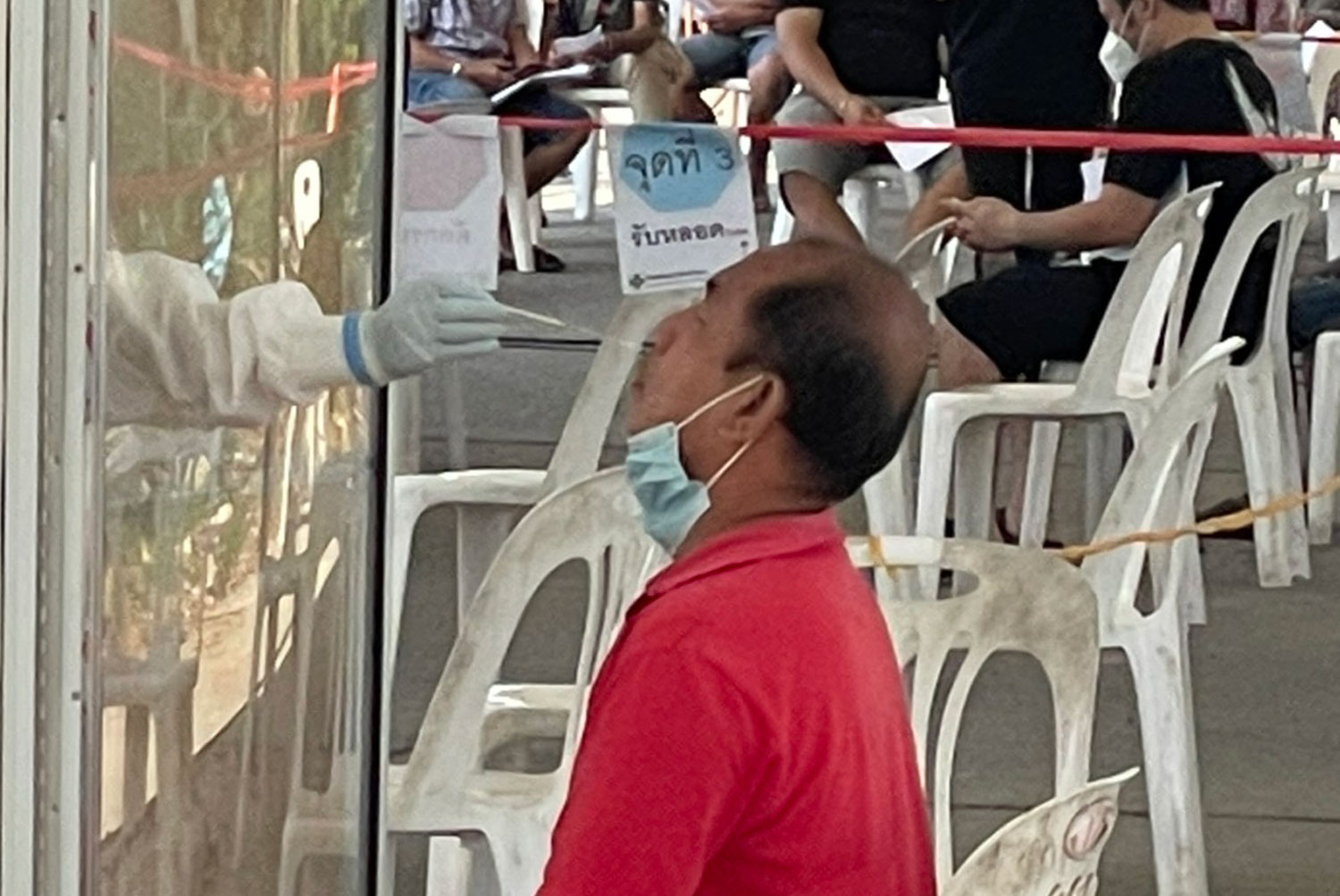 A health official collects a nasal swab from a man in Ayutthaya province on Friday. (Photo: Sunthon Pongpao)