Thailand will close its border to travellers from India, except Thai citizens, beginning on Saturday, the Thai embassy in New Delhi announced on Monday. 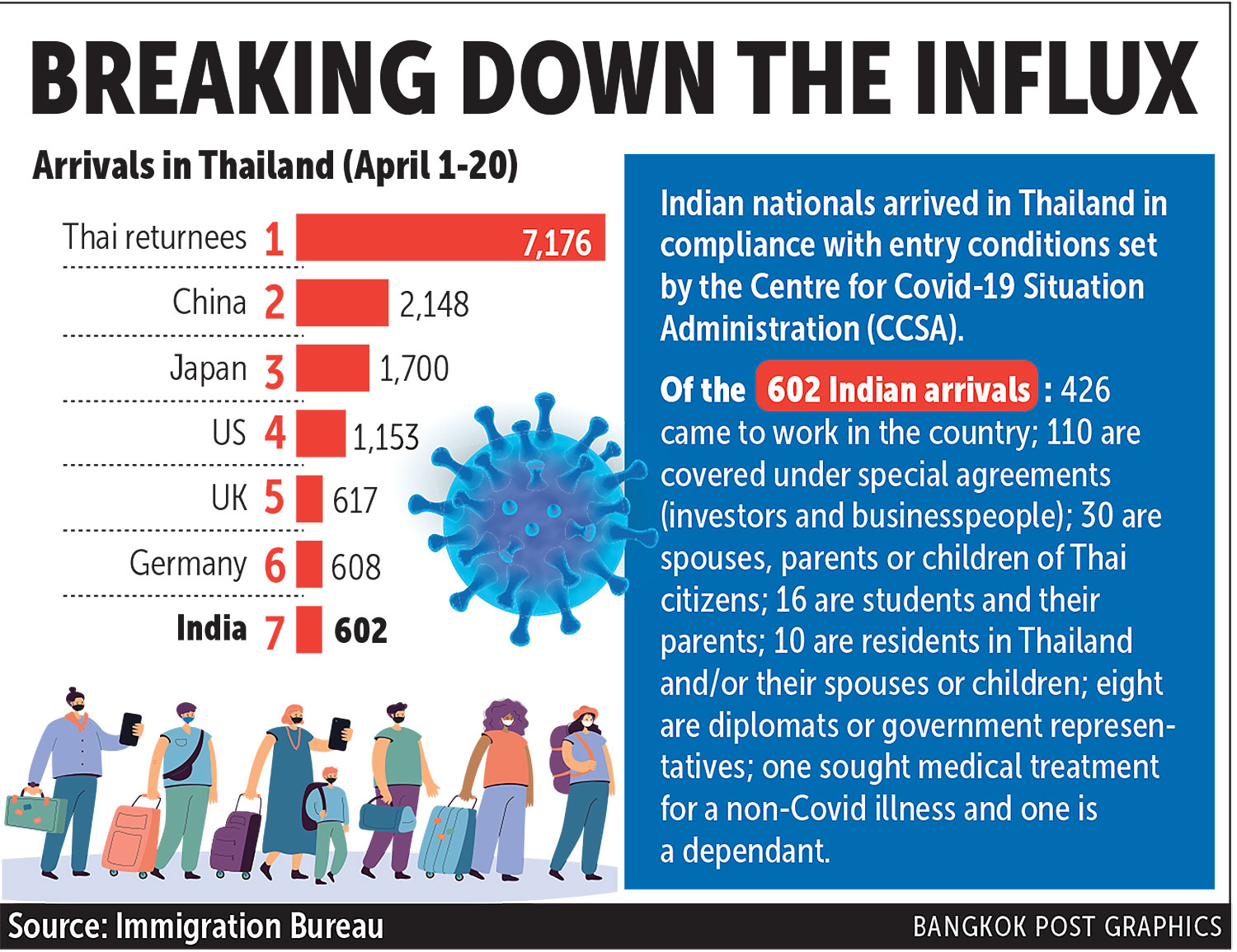 The decision follows the skyrocketing Covid-19 cases on the Subcontinent. The Centre for Covid-19 Situation Administration (CCSA) said in a statement yesterday that the Public Health Ministry and the Foreign Affairs Ministry were dealing with the issue in the wake of the spike in India.

The Thai embassy said it will not issue certificates of entry (COE) to non-Thai nationals until further notice. As part of the kingdom's Covid-19 measures, travellers from overseas need to acquire a COE to enter Thailand.

From Saturday onward, only Thai nationals will be able to enter Thailand from India, the embassy said.

"All COEs that have been issued to non-Thai nationals to enter Thailand from India with arrival dates [after] May 1, 2021, will be cancelled," it said.

The embassy statement reiterated the CCSA's decision on Sunday to temporarily ban the arrival of Indian and other foreign nationals from travelling from India to Thailand.

Three Air India flights from New Delhi will be allowed to land in Thailand next month on May 1, 15 and 22, according to the embassy. These flights are meant to help repatriate Thai citizens given the travel restriction, it said.

A total of 602 Indian citizens arrived in Thailand from April 1 to 20, according to Thailand's Foreign  Ministry and the Immigration Bureau.

Both agencies said strict entry rules were enforced, and no foreign national entered the kingdom on frantic chartered flights to escape the raging Covid-19 transmissions in India.

Recently, local news reports said rich foreign nationals were landing in Thailand on board chartered flights to get away from the Covid-19 surge in India.

Foreign Ministry spokesman Tanee Sangrat said it was a misunderstanding stemming from a translated portion of a foreign news piece on the matter.

Any information about escape flights was untrue, Mr Tanee said. In fact, the news report stated that a group of foreign nationals based in India had shown an intent to travel to Dubai, he said.

Also, the CCSA reiterated that the ministry and the Civil Aviation Authority of Thailand have confirmed that no chartered flights have landed in Thailand for the past two months.