The cabinet has granted the prime minister power to temporarily enforce 31 items of legislation to curb the spread of Covid-19, while a medical expert has called for the rapid rollout of vaccines.

Government spokesman Anucha Burapachaisri said the cabinet has approved a draft announcement transferring the power of cabinet ministers to the premier to ensure efficient handling of the Covid-19 situation.

Mr Anucha said that the transfer of power, which is temporary, is limited to efforts in preventing the transmission of the virus, mitigating the impacts and providing assistance to the public.

He said a similar announcement issued on May 26 last year will be replaced by the new announcement. 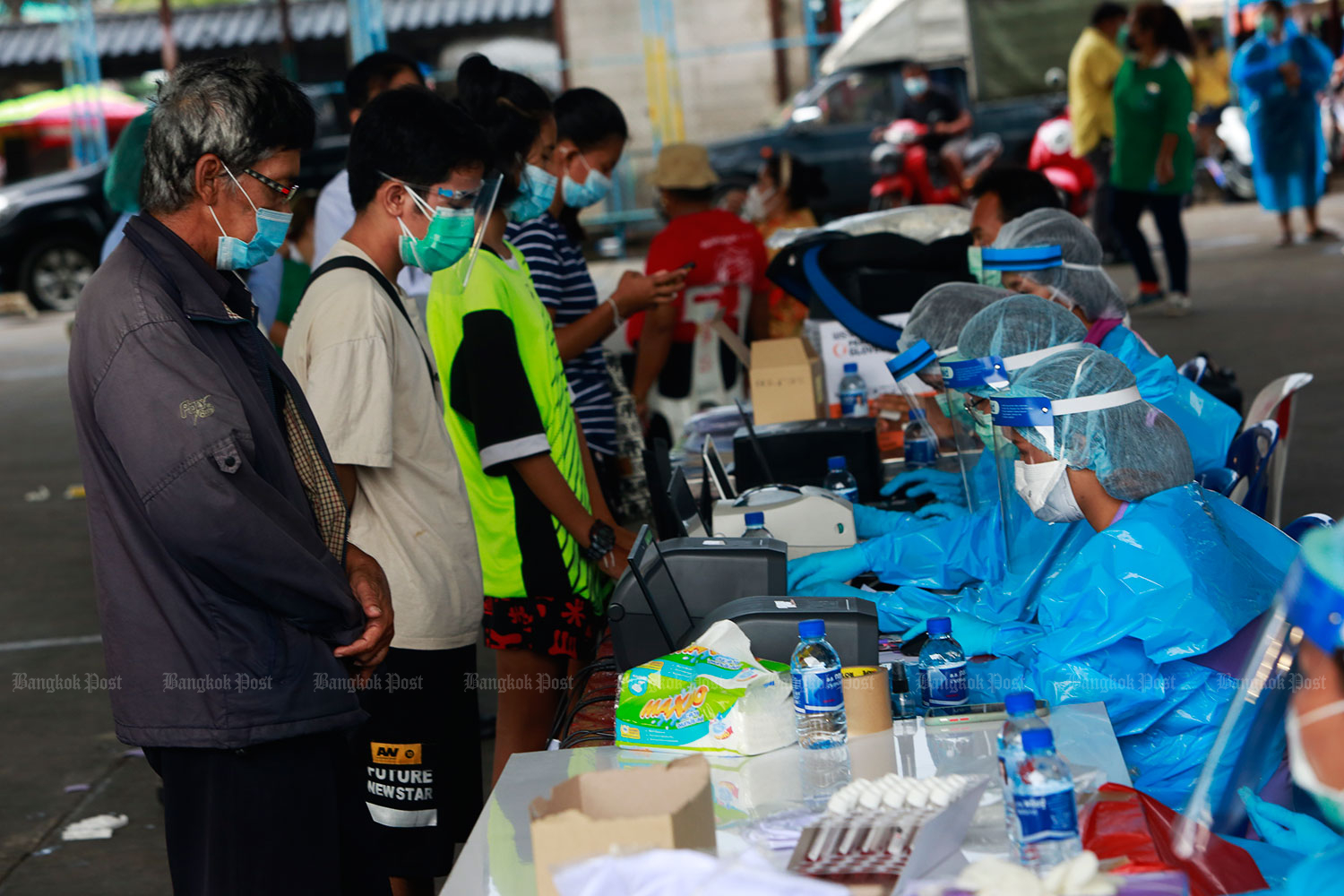 Tests and tribulations: People in at-risk groups wait to be tested for Covid-19 at a testing station in Klong Toey district yesterday. At least 500 residents undertook the test at two locations in Wat Saphan and the 70-rai community. (Photo by Arnun Chonmahatrakool)

Dr Prasit Watanapa, dean of Mahidol University's faculty of medicine, on Tuesday said the government needs to inoculate at least 25% of the population in order to slow down the spread of Covid-19 throughout the country, as fatalities have hit a new record of 15 deaths and the daily caseload has stayed in the 2,000s for the fifth consecutive day.

He said Thailand may see double-digit deaths in the third wave of the Covid-19 outbreak as the number of critical cases requiring breathing aid is high. Several people died within seven to 10 days of being infected.

He said he needs to point out the situation to raise public awareness, noting while beds and medical supplies can be procured to treat patients with Covid-19, medical personnel remain limited.

With the surge in infections in several countries, anti-viral drugs Favipiravir and Remdesivir are also in short supply.

Treating patients may not be enough and all risks will have to be controlled through a raft of measures including the inoculation programme, he said.

"Based on available information worldwide, the best tool for containing the disease is vaccination while the public has to strictly observe disease control measures," he said.

He also expressed concerns about an influx of illegal migrant workers, saying uncontrolled movement of population groups would increase the risk of the virus spreading and mutating.

According to Dr Prasit, Israel, which began its vaccine rollout on Dec 19 last year, has the highest vaccination rate and the death rate is down from 17 per day to one per day.

India, on the contrary, has had a sluggish rollout and the fatality rate has increased tenfold.

Prof Dr Yong Poovorawan, head of the Centre of Excellence in Clinical Virology of Chulalongkorn University, wrote on his Facebook about the new variants of the coronavirus, saying that the more the virus spread, the greater the risk of mutation.

He said he has received many questions about the Indian and Bengali variants which were sparked by the rapid rate of infections in India.