Officials to give result 'within 24-48 hours'

A volunteer uses an oximeter to check the oxygen level of a man amidst the spread of coronavirus disease outside a Sikh temple in Ghaziabad, India, on Friday. (Reuters photo)

Health officials are urgently trying to establish whether a group of Thais who recently returned home from India and tested positive for Covid-19 have contracted the new and highly dangerous variant of the virus currently sweeping through that country.

The Public Health Ministry said on Friday that a laboratory was already analysing samples taken from the infected people to determine whether they had the same variant spreading in India, which on Friday posted another global record for daily coronavirus infections -- 385,000 cases in the previous 24 hours -- and almost 3,500 deaths.

Dr Rungrueng Kitphati, the ministry's spokesman, said the lab results were expected to be released in the next 24-48 hours. 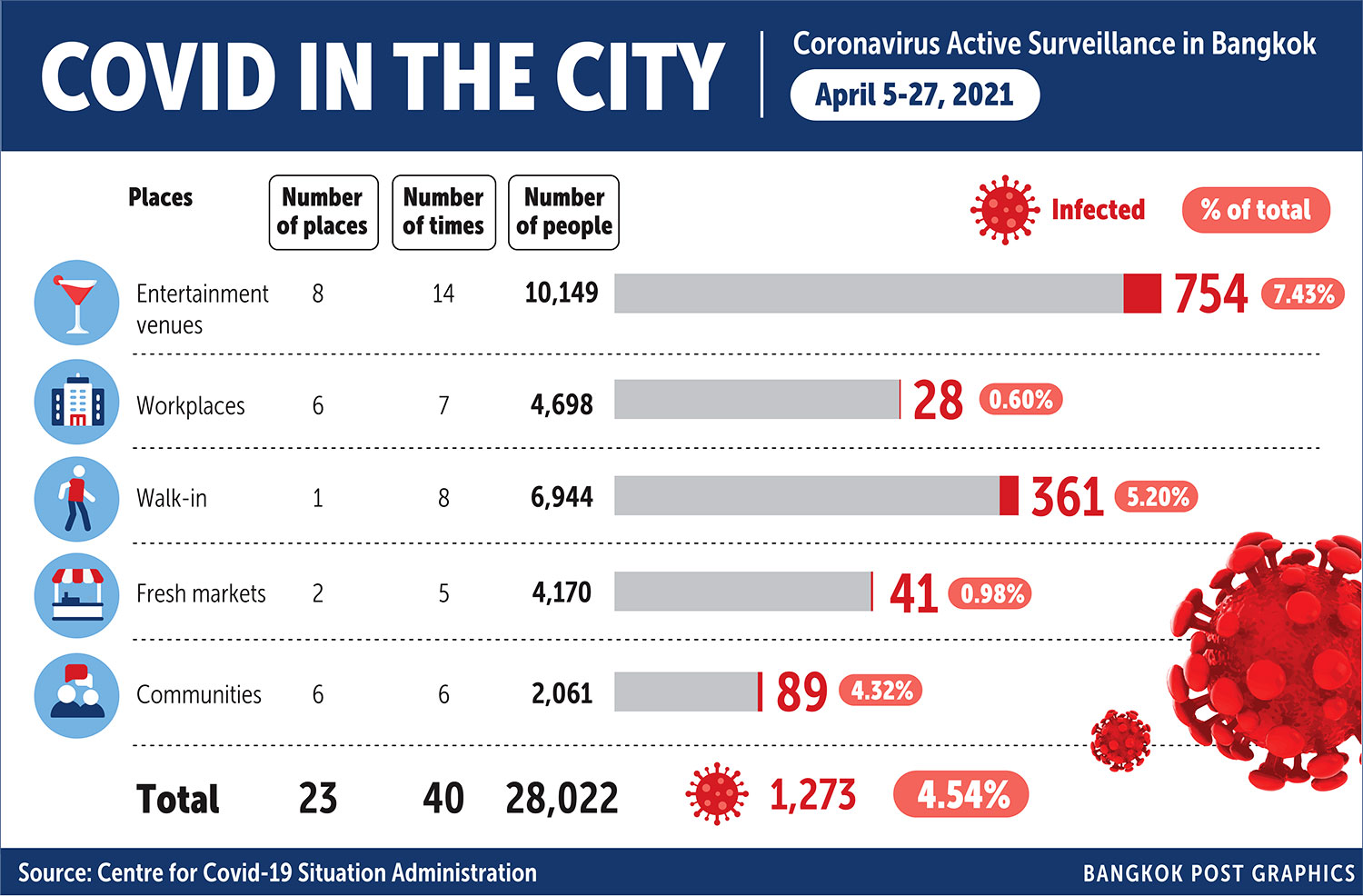 "We are now investigating and will let the public know the results soon," he said. "We don't want to see the public panic about this because we have adopted the strictest disease control measures to prevent transmissions."

Social media carried unconfirmed reports that eight Thai students who recently returned from India had been found to have the new variant.

It was also claimed that since returning home some had visited The Old Siam Shopping Plaza in central Bangkok, causing it to be closed for three days for disinfection.

The Old Siam on Friday rejected as fake news a story shared on social media that an Indian person was among those who had been infected and then visited the shopping mall.

It said it had checked video footage and the timelines of the infected people with public health officials, and it had found that no infected people had visited the mall. It also vowed to pursue legal action against those who spread inaccurate stories.

Dr Wichan Pawan, director of the Institute for Urban Disease Control and Prevention, also dismissed the report, saying that nobody found to be infected with "the Indian strain" had visited The Old Siam. He did, however, say that some infected Thai, Myanmar and Laos nationals had visited the mall.

Taweesilp Visanuyothin, spokesman of the Centre for Covid-19 Situation Administration, warned that although the number of daily cases was declining, the country, especially Bangkok, was still facing a crisis because the number of severely ill patients and fatalities was rising,

"Despite the falling numbers, we cannot be happy," Dr Taweesilp said.

He said 563 Covid patients were categorised as being severely ill last Sunday, rising to 628 on Monday, 695 on Tuesday, 786 on Wednesday and 871 on Thursday.

"The number of those on ventilators has continued to rise, which means an increasing demand for hospital beds. This is a crisis," Dr Taweesilp said.

He blamed the present upsurge on entertainment venues. This month, 7,755 Covid-19 cases were linked to entertainment places, with 6,828 in Bangkok and reported from all the capital's districts.

During the Songkran holiday, infected people had also left Bangkok for their home provinces and spread the disease there, Dr Taweesilp said.

"The number of people who came into close contact with at-risk people is about 5-10%, which is cause for concern, Dr Taweesilp said.