A boat takes illegal Mon migrants from an islet to the shore in Sangkhla Buri to await deportation back to Myanmar. (Photo: Piyarat Chongcharoen)

KANCHANABURI: Another 38 illegal job seekers from Myanmar have been arrested for illegal entry in Sangkhla Buri district of this western border province.

A team of soldiers from the Lat Ya task force and Khao Laem national park officials found the 23 men and 15 women on Duek Dak islet in the middle of the reservoir at the Vajiralongkorn Dam, about 40 kilometres away from the Three Pagodas Pass, on Friday afternoon.

They were responding to reports that many people had been spotted hiding there, said a member of the team. All were members of the Mon ethnic group.

During questioning, the migrants said they had been led by a man, whose name and nationality they did not know, to guide them across the border along a natural path. When they arrived at Muang Kao, another guide on board a boat came to pick them up and take them to the islet. They were told to wait there for transport farther into Thailand. The guide then left.

They said they had left Bo Yipoon village in Myanmar early on April 27. Officials said many of the women looked exhausted.

One man said his group wanted to get work in Bangkok, Samut Sakhon, Nakhon Si Thammarat and Songkhla. They were to pay 14,000 to 15,000 baht per head to those who took them to cross the border. National park officials then arranged boats to take them to shore.

All were taken to a local product exhibition centre in Sangkhla Buri to await deportation. 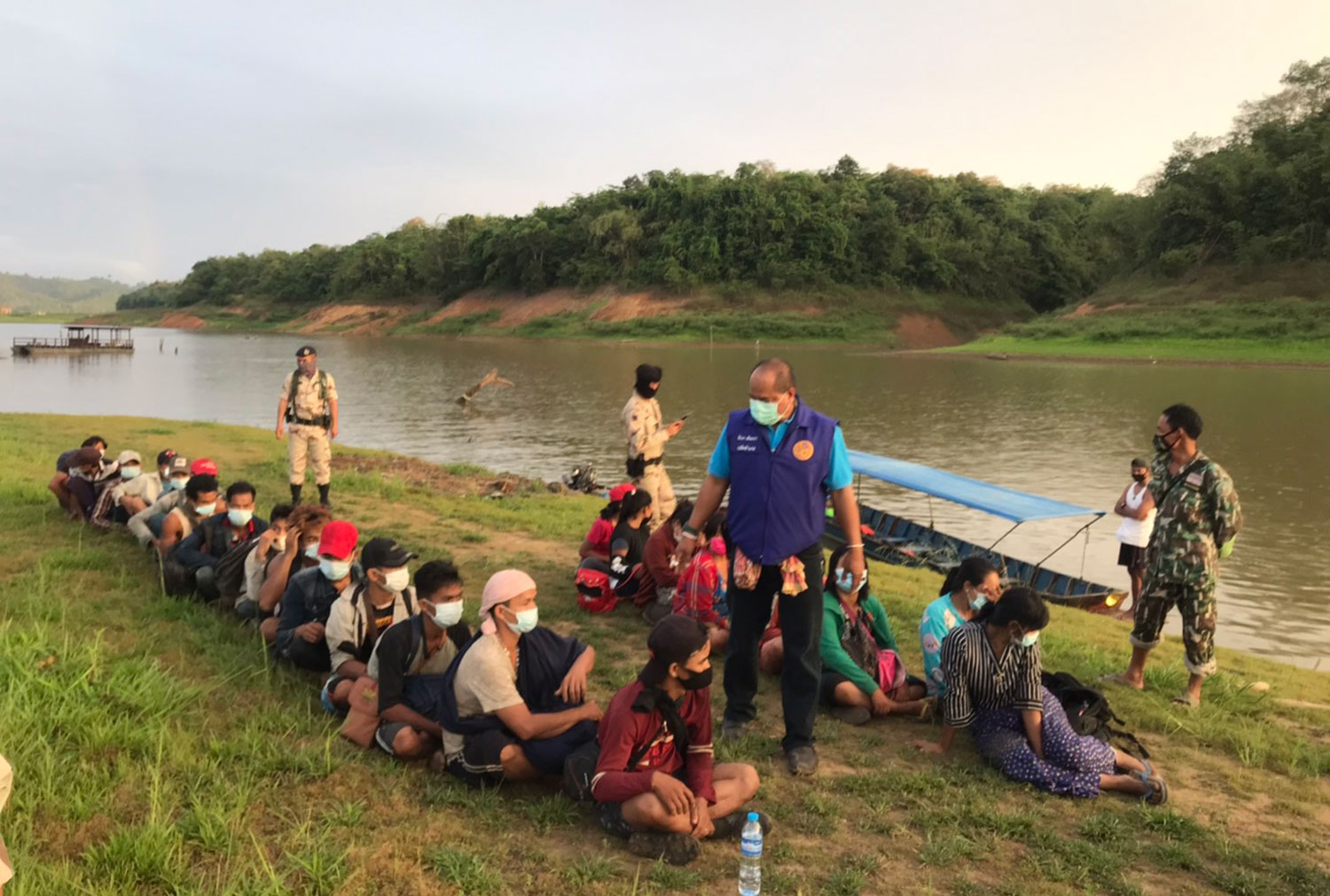 Soldiers and national park officials watch over some of the Mon migrants from Myanmar found on an islet in the Vajiralongkorn Dam reservoir in Sangkhla Buri district of Kanchanaburi. (Photo: Piyarat Chongcharoen)