Govt has plenty of favipiravir

Rows of beds on Monday fill Chaloem Phrakiat Sports Training Centre in Thung Kru district of Bangkok, where officials are running final checks on the field hospital, run by Erawan Hospital 3, before it is opened. (Photo by Arnun Chonmahatrakool)

The government said on Monday it had secured a plentiful supply of favipiravir, a vital drug in the fight against Covid-19, and was urgently seeking permission to manufacture it itself.

The Public Health Ministry was already supplying the antiviral medication medication to public and private hospitals around the country, said spokesman Anucha Burapachaisri.

Favipiravir, which has been shown to reduce mortality rates and prevent the onset of more serious symptoms, is prescribed by doctors to Covid-19 patients at an early stage.

The ministry has also set aside a stock of favipiravir for more than 20 large hospitals in Bangkok and other provinces, including Rajavithi Hospital in the capital and hospitals run by universities.

Rajavithi has received more than 190,000 favipiravir pills from the ministry, said Mr Anucha, while Phra Nang Klao Hospital and Chonburi Hospital have received 78,200 and 70,000 pills respectively.

Mr Anucha said that from April 26-30, 765,600 favipiravir pills were sent to public and private hospitals in every province that needed it. 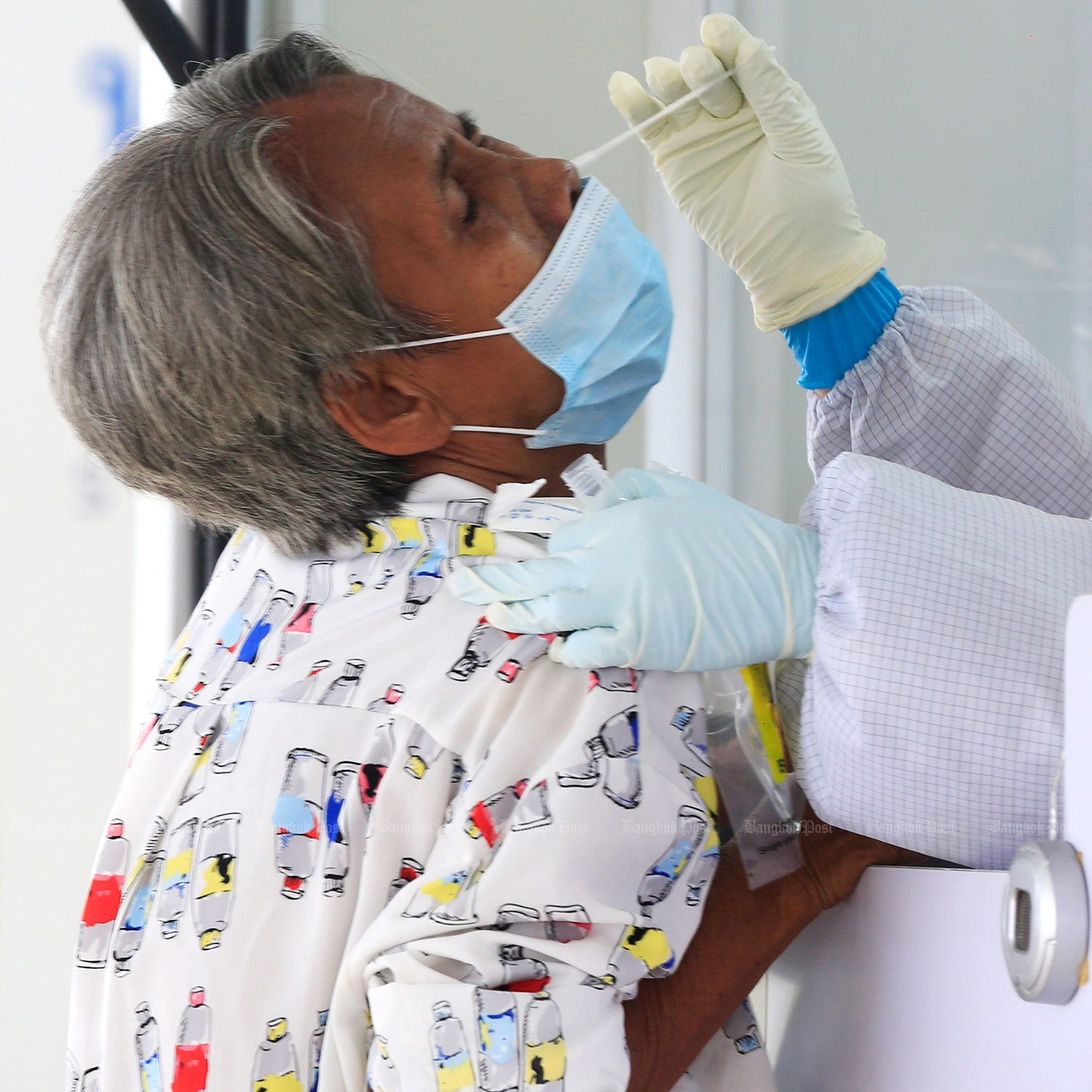 Just to be safe: A woman gets her nose swabbed during a Covid-19 test at Bang Khae Pirom Market in Bangkok yesterday, where active case finding is currently underway after 70 cases were found in the nearby Ban Khing community. (Photo by Pornprom Satrabhaya)

He claimed private hospitals were free to import their own Favipiravir and that the government was not monopolising supplies. The ministry also had contingency plans through the Government Pharmaceutical Organization (GPO) to fly favipiravir to provinces or by road to those without airports.

On the government's policy to establish Thailand as a regional favipiravir production hub, Mr Anucha said it had instructed the GPO to expedite a process to negotiate with companies wishing to obtain a patent to produce favipiravir here.

The Department of Intellectual Property is working with drug producers to jointly produce its own favipiravir and studying the feasibility of developing its own stock from active ingredients of unpatented favipiravir.

Earlier this month, Vuttikrai Leewiraphan, director-general of the department, said it had asked Japanese pharmaceutical company Fujifilm Toyama Chemical to supply additional information on its favipiravir innovation by the end of August.

The Department could, however, reject the Japanese firm's bid to patent the drug in Thailand if it failed to provide information on its new innovation in time, according to Mr Vuttikrai.