Large areas were blacked out for several hours, including much of Muang district.

Chalerm Phrakiat and Nang Rong districts, south of Buri Ram township, were among the hardest hit.

In Chalerm Phrakiat, the roof was blown off the Phanom Rung Charoenyont car tyre shop in tambon Phanom Rung. Computerized wheel alignment equipment worth about 200,000 baht was damaged by rainwater.

Power poles were toppled and trees blown down, causing blackouts in the many areas.

North of Buri Ram town, large trees were uprooted and houses damaged in tambon Bua Thong. Many people spent the night huddled in a local shelter, unable to stay in their damaged homes.

Local officials were inspecting storm-hit area on Thursday. Power had been restored in all areas. 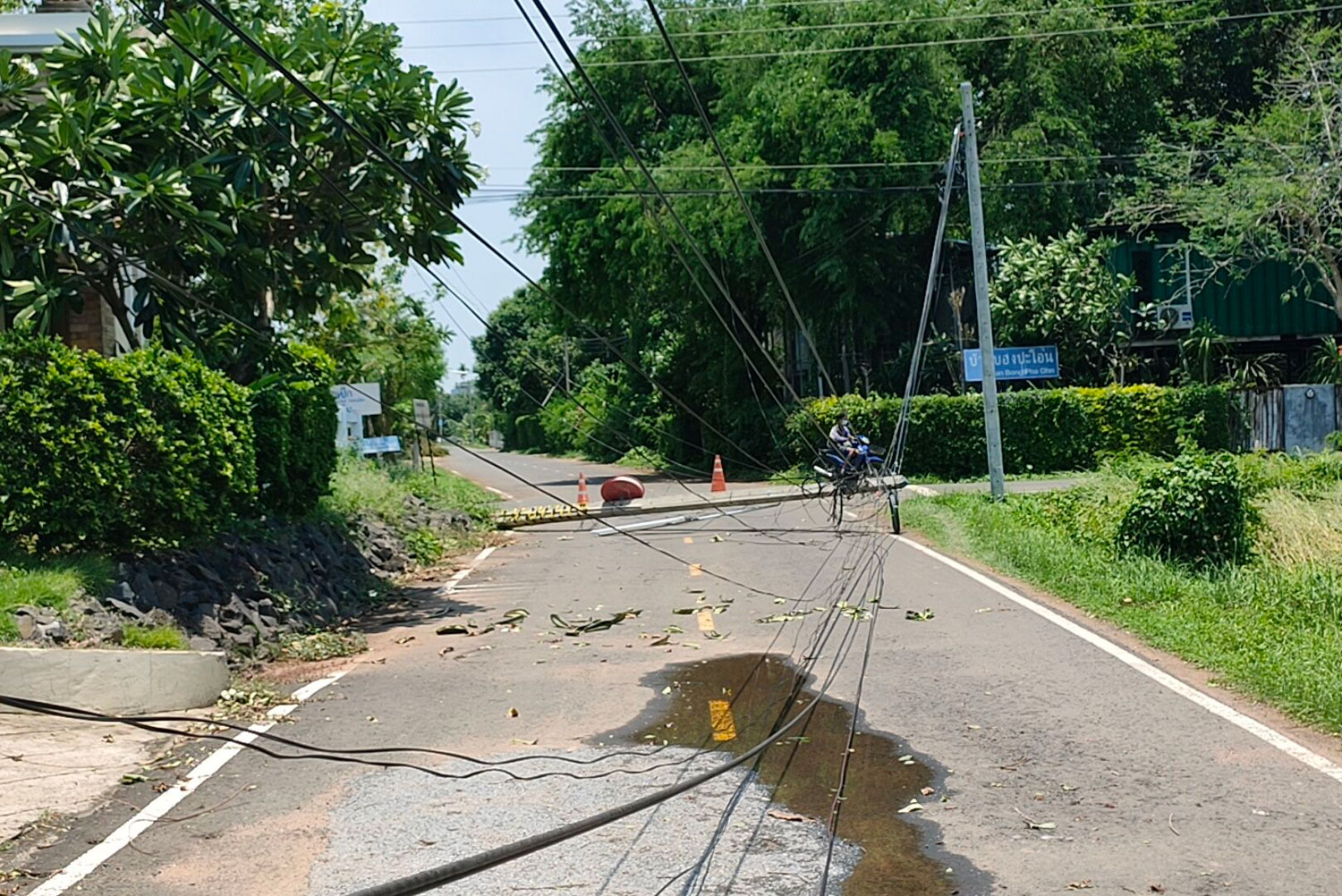