Authorities patrolled the bay on Friday and found many illegal fishing traps called ai ngo by local residents, in the waters off tambon Tanyong Luloh in Muang district.  Nobody showed up to claim ownership of the traps, classified as destructive fishing gear.

The seized traps, numbering 84, were taken to Muang police station. 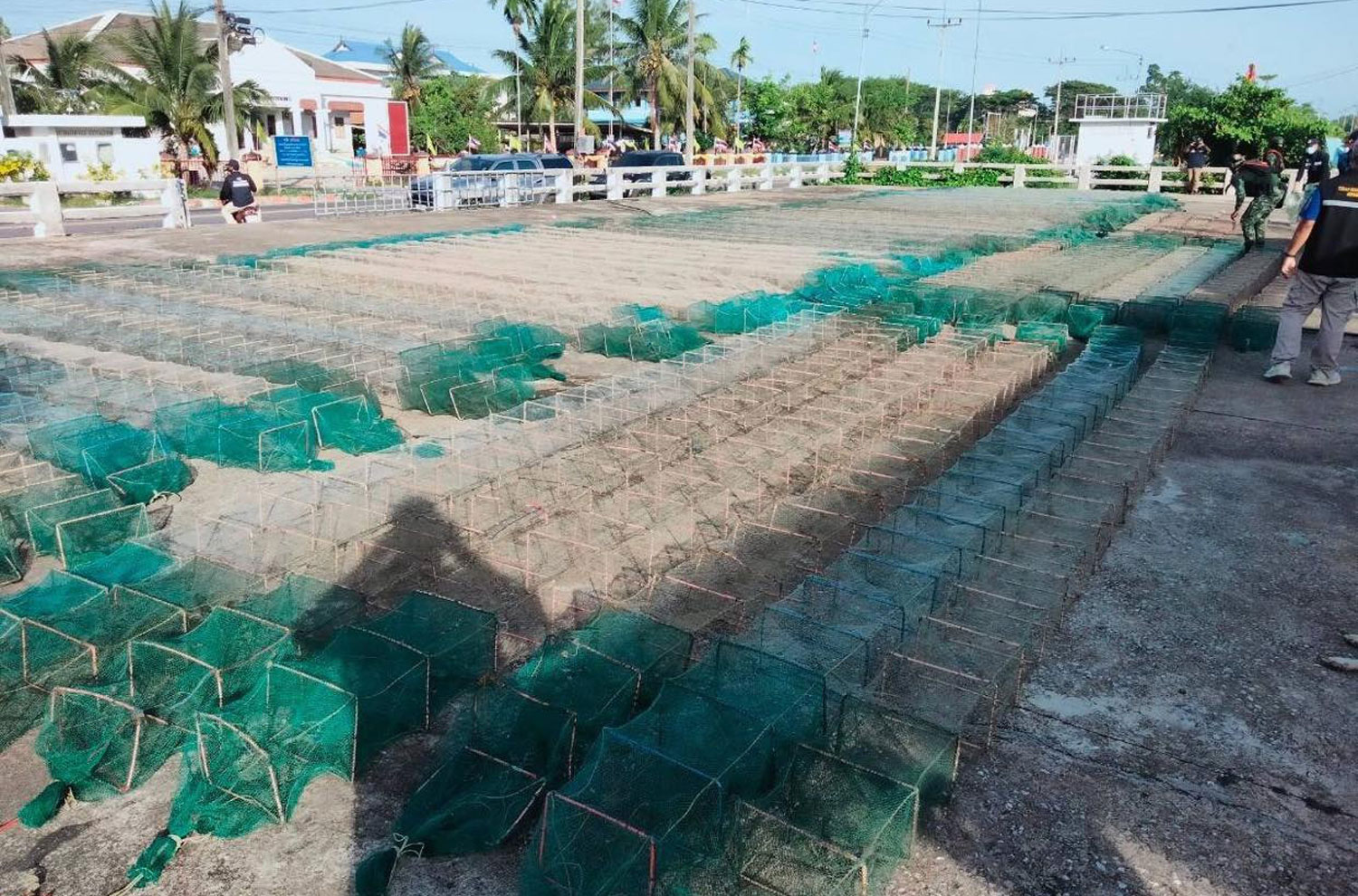