A rare statue of Phra Sri Arya Maitreya which was stolen from a local museum at Wat Lai in Lop Buri's Tha Wung district in early March was discovered on Saturday morning. 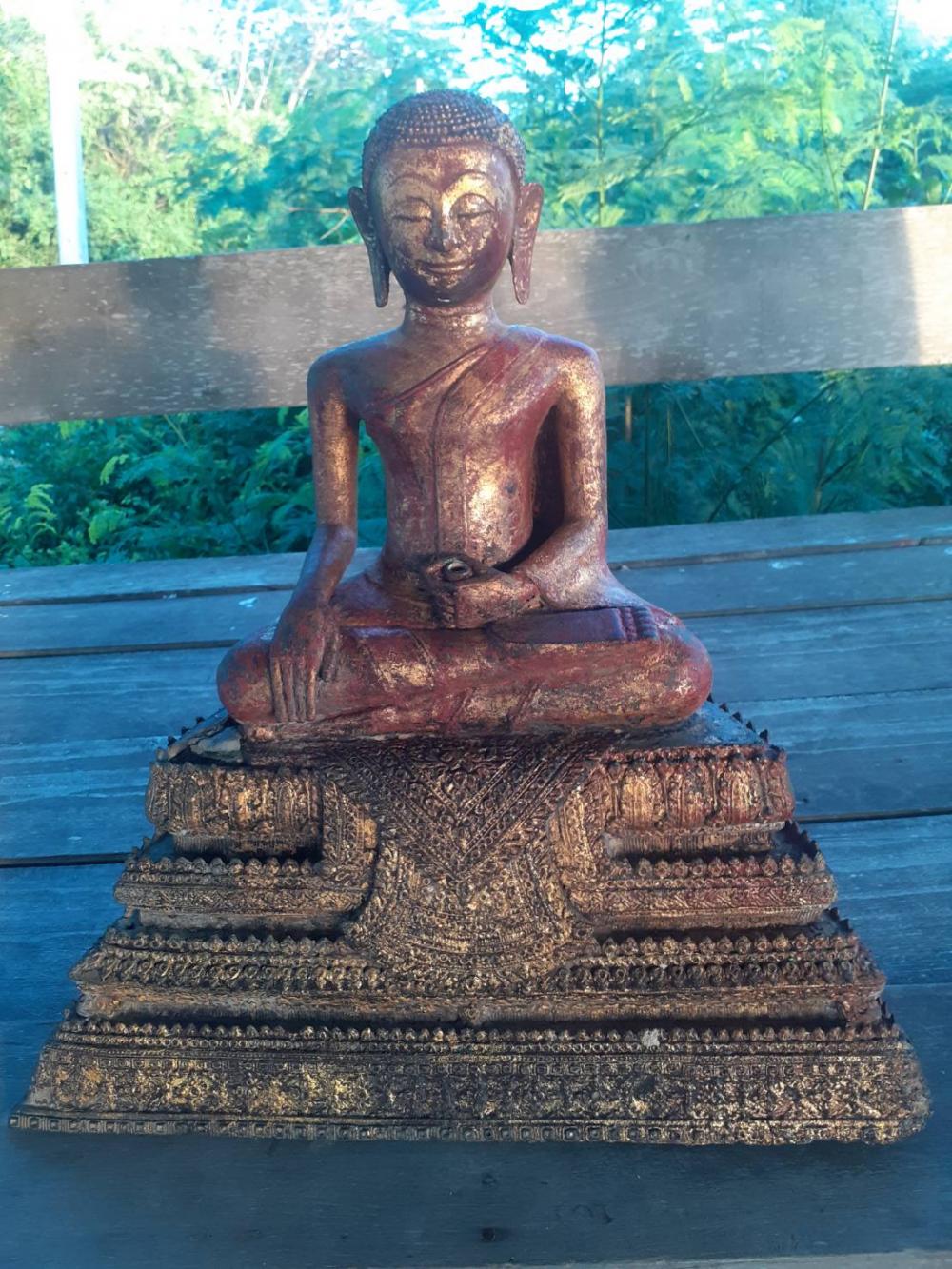 Holy figurine: A rare statue of Phra Sri Arya Maitreya, which was stolen.

A monk spotted the statue, which was left at a bus stop about one kilometre from Wat Lai, while he was collecting food donations. The monk notified police and local leaders. Lop Buri police believe the thieves might have come to realise the priceless statue was too hot to handle, changed their mind and decided to dump it in fear of being caught.

No arrests have been made, but police suspect it was an inside job.

Phra Sri Arya Maitreya is known among Buddhist worshippers as the future Buddha who is currently residing in heaven before coming to the human realm to assume the role of the next Buddha after Gautama Buddha.

The statue, featuring a seated incarnation of Phra Sri Arya Maitreya with a fan in his left hand, is one of the highlights of a new extension building at the temple museum which is set to open this year.

The museum is operated by a local conservation group, "We Love Wat Lai," comprising volunteers.

Phuthorn Bhumadhon, a cultural expert and adviser to the local museum group, said it had now decided to fit the place with a CCTV.