Packages containing 99 kilogrammes of crystal methamphetamine in total, seized from drug traffickers arrested in Khon Kaen on May 16, displayed during a police press conference on Thursday to showcase their achievements in drug suppression over the past six months. (Photo: Wassayos Ngamkham)

Police arrested more than 193,000 drug suspects and seized more than 300 million speed pills, 19,875 kilogrammes of crystal methamphetamine and 2,747kg of heroin, and other drugs, over the past six months.

In the process, police had busted 97 drug networks across the country and seized assets worth over 2 billion baht, national police chief Pol Gen Suwat Jangyodsuk said on Thursday.

He was speaking at a media briefing called to showcase police achievements in drug suppression over the past six months.

Recently, a combined team of NSB police, officers from Provincial Police Region 5 and soldiers had seized 5 million speed pills from a major drug network operated by Jafu Thapae in Mae Ai district, Chiang Mai, on May 14.

On May 16, police arrested three members of another major drug gang in Khon Kaen and found 99kg of crystal methamphetamine in their car.

During the six months of drug operations, assets worth 2,404 million baht were seized from members of 97 drug networks. The assets included houses and land worth 955 million baht, 880 cars worth 478 million baht, 1,365 motorcycles worth 85 million baht. 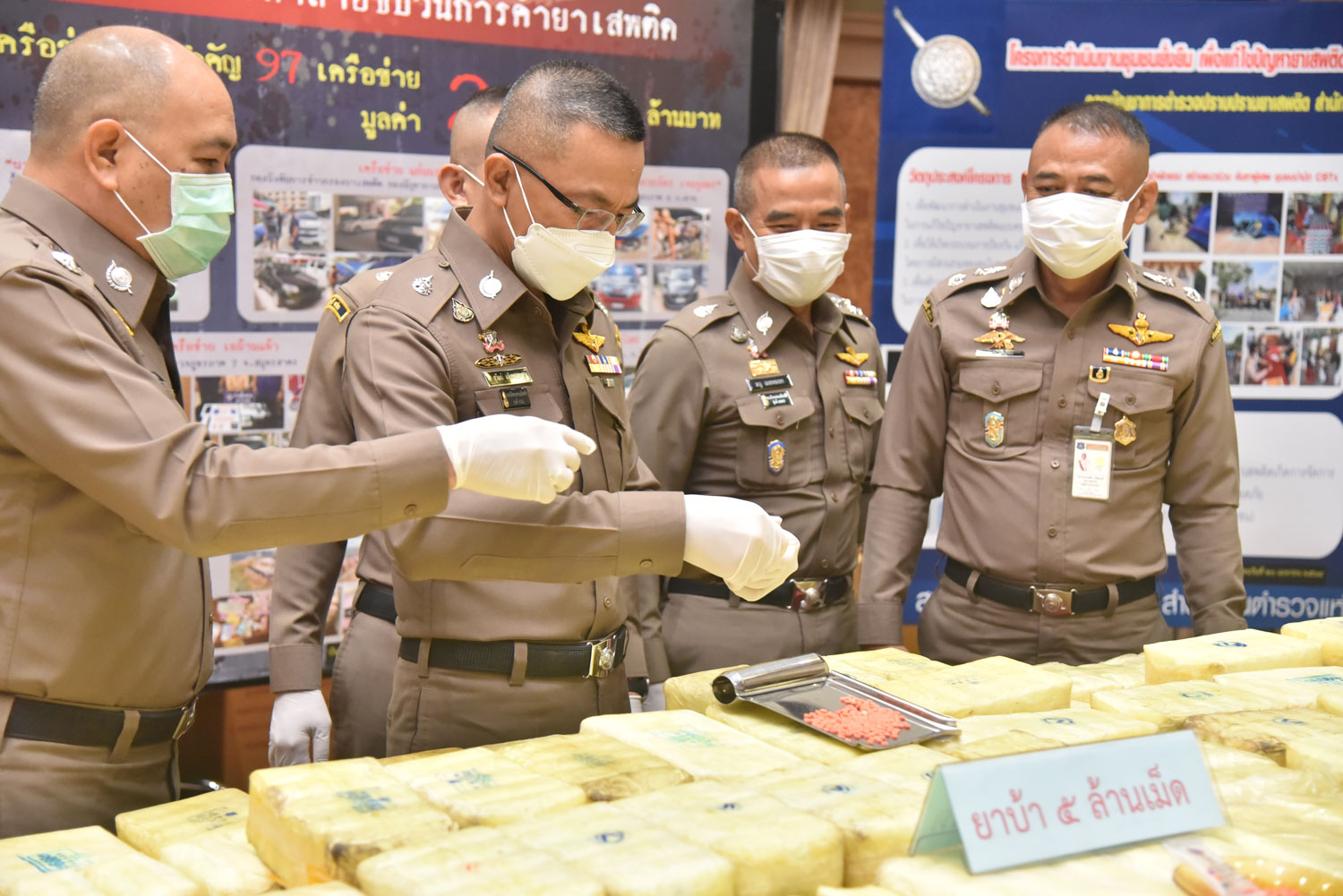 National Police chief Pol Gen Suwat Jangyodsuk, second from left, examines methaphetame pills on a sorting tray during a press conference on Thursday. The 5 million speed pills on show were seized from a drug gang in Chiang Mai on May 14. (Photo: Wassayos Ngamkham)