Police in Chumphon province gunned down two criminal suspects, one of whom was identified as the most wanted hitman in the upper South, in a shootout on a hilltop on Thursday night. 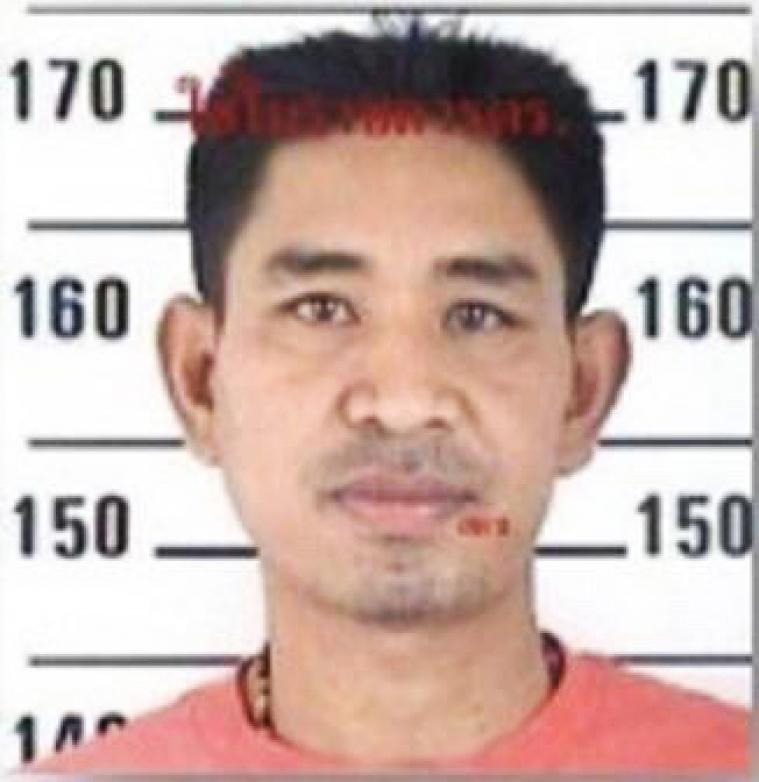 Another suspect, who broke a leg falling down the hill while attempting to run away, was arrested.

The two suspects killed during the gunfight with police were identified as Thirayut Chukaeo, 43, alias Suea Mui, who was a resident of Nakhon Si Thammarat's Ron Phibun district; and Natthaphon Sukthanang, 16, a resident of Chumphon's Sawi district.

The other suspect was Ekkanan Phanthumat, 26, a resident of Sawi district in Chumphon, police said.

Mr Ekkanan was caught by police after he stumbled and rolled down about 100 metres to the foot of the hill breaking a leg while attempting to run away from a hut, police said.

The raid location was tucked away on a remote hillside more than 30 kilometres from the province's Phetkasem Road, which required a long ride in a four-wheel-drive vehicle along a twisting hillside road plus about another 1km of trekking to reach, police said.

Prior to Thursday's raid, Chumphon police had been informed by the Province Police Region 8 about Thirayut's new hideout in Chumphon, said Pol Maj Gen Thawon Saengrit, chief of the Chumphon police.

The man had also been involved in several other criminal cases, other than his most recent suspected exploit in leading a gun attack on a drug-suppression security checkpoint run by Nasak police station in Sawi district of Chumphon earlier this month, said Pol Maj Gen Thawon.

The attack was reportedly carried out to avoid being stopped for a security check at the checkpoint, he said.

The suspect had escaped into Chumphon, married a local and lived on the hillside near a durian plantation, said Pol Maj Gen Thawon.