The state of emergency has been extended for another two months to bring the current Covid-19 outbreak under control, according to the Centre for Covid-19 Situation Administration.

CCSA spokesman, Taweesilp Visanuyothin, said a meeting yesterday chaired by Prime Minister Prayut Chan-o-cha had decided to extend the state of emergency to the end of July to facilitate efforts to curb the third wave.

The decision will be forwarded to the cabinet for approval on Tuesday.

He said the measures are extensive and one is compulsory -- the wearing of face masks in the meeting chamber. 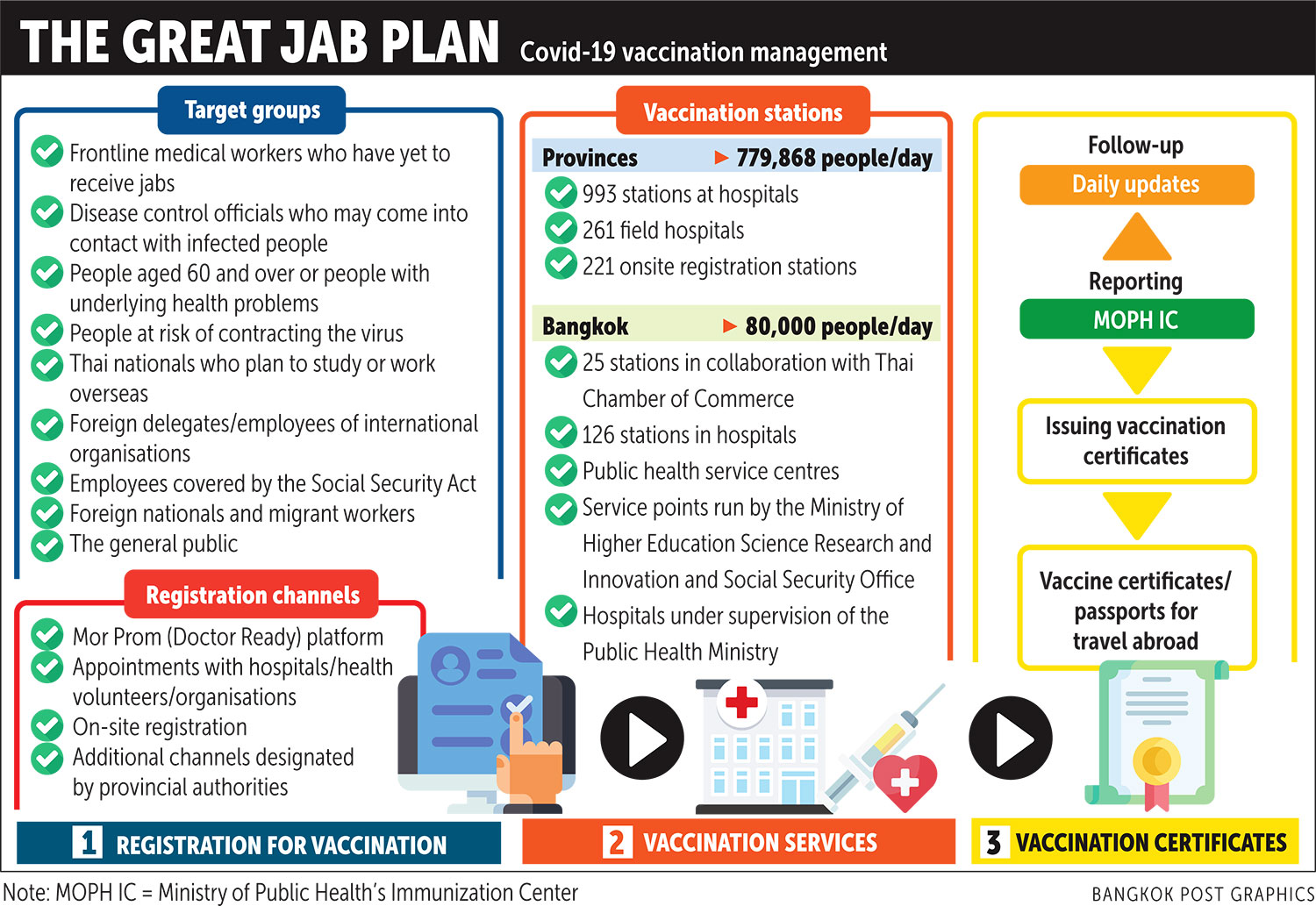 Under the rules, members of parliament are required to wear face masks during sessions. However, when speaking during a debate, they may be allowed by the presiding chairman to remove their mask.

He said City Hall and the Senate and House of Representative's secretariats will make sure lawmakers comply with virus control measures.

According to Dr Taweesilp, about 2,000 vaccine doses will be allocated for inoculating people at the parliament between now and Tuesday before the first session takes place later in the week.

The CCSA meeting also approved the distribution of 36 million doses of AstraZeneca vaccine with the aim of giving first jabs to 70% of 50 million people by the end of September.

Under the plan, the first shots will be given June-September and the second shots will be administered in October-December. Those who register for vaccination via the Mor Prom (Doctor Ready) platform are guaranteed their jabs.

The government plans to procure an additional 37 million doses from various makers.

Phuket, which is set to reopen on July 1 under the Phuket Sandbox scheme, will receive sufficient supplies in June while 17 border provinces and economic provinces will be allocated the vaccine in July.