Officers guard suspects Uthai Dadthuisawat and Uthai Kaewsai after seizing 350 kilogrammes of compressed marijuana from their pickup truck on the bank of the Mekong River in Nakhon Phanom on Friday night. (Photo: Pattanapong Sripiachai)

A Mekong Riverine Unit patrol spotted a group of five men uploading sacks from a longtailed boat onto a pickup truck at the bank of the river in tambon Phanom late Friday night.

When the navy officers approached to request a search, the men fled in the boat. Two other men travelling in the pickup truck were caught after the sacks were found to contain 350 bars of compressed marijuana, each weighing one kilogramme.

The suspects were identifed as Uthai Dadthuisawat, 43, of Surin, and Uthai Kaewsai, 34, of Phetchabun. The seized drugs were worth at least 5 million baht, navy officers said during a media briefing on Saturday.

During questioning, the suspects reportedly confessed they had been hired by a drug agent for 50,000 baht to smuggle the marijuana from Nakhon Phanom to a border area in the South. They had made the deliveries on several occassions before being caught, investigators said.

Authorities said the seized marijuana came in new packaging that was convenient to handle and sell in small amounts. They believed the drugs might be sold to small users and people who wanted to cook food mixed with marijuana for sale.

Over the past two months, more than five tonnes of compressed marijuana have been seized in Nakhon Phanom, which lies across the Mekong from Laos. 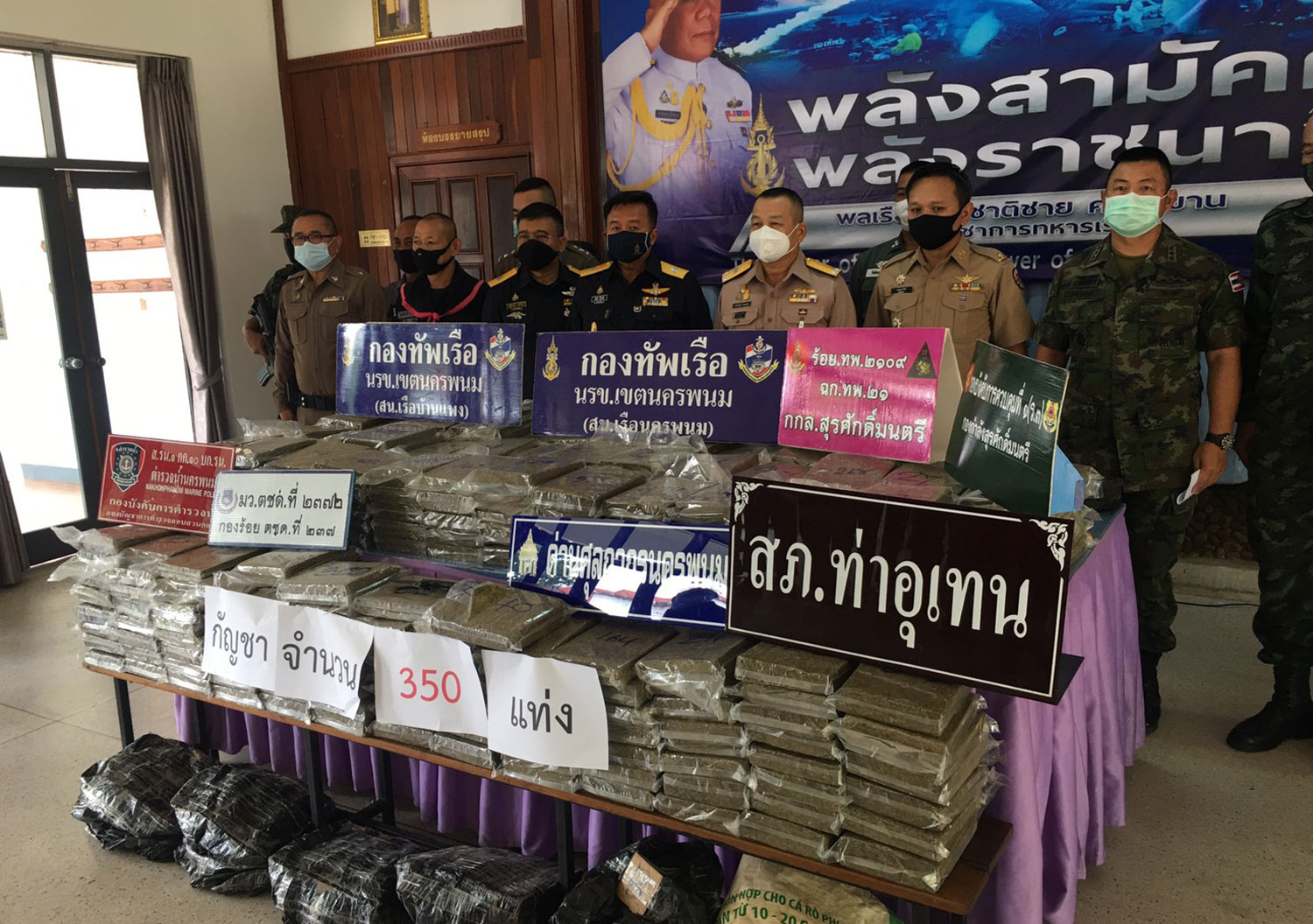 Compressed marijuana, weighing 350 kilogrammes and seized on the bank of the Mekong River in Tha Uthen district of Nakhon Phanom, is displayed during a media briefing in the northeastern province on Saturday. (Photo: Pattanapong Sripiachai)