Kasetsart University opens its campus for the vaccination drive on Sunday. (Photo by Apichit Jinakul)

Health experts are calling on the government to procure a variety of Covid-19 vaccines for its national vaccination drive to ensure effective protection against the virus' more contagious variants, in light of the detection of a strain first identified in South Africa in the South on Saturday.

The variant known as B.1.351 is known to be the most resistant to vaccines among all known novel coronavirus variants.

Previously, City Hall had sealed off a construction workers' camp in Laksi district, after over 1,000 workers there tested positive for Covid-19. In total, 36 out of the 80 positive samples tested found traces of another highly-contagious strain first found in India.

In a Facebook post, virologist Yong Poovorawan said the coronavirus has now returned in waves to Asia, including Thailand, after it was brought under control in many countries in the region.

The United States, and some countries in Europe such as the UK, which were hit hard by the virus have now contained it after they started vaccine rollouts late last year, said the head of the Centre of Excellence in Clinical Virology at Chulalongkorn University.

It took them at least four months to bring the virus under control, the doctor said.

The lesson to be taken from Europe and the US is that vaccines must be administered quickly to as many people as possible, Dr Yong said. In the US, it took five months to inoculate 60% of its population and bring the outbreak under control, he said.

Currently, only about 2% of Thais have received vaccine shots, Dr Yong said before stressing the importance to vaccinate at least 70% of the population within four months to contain the virus effectively. 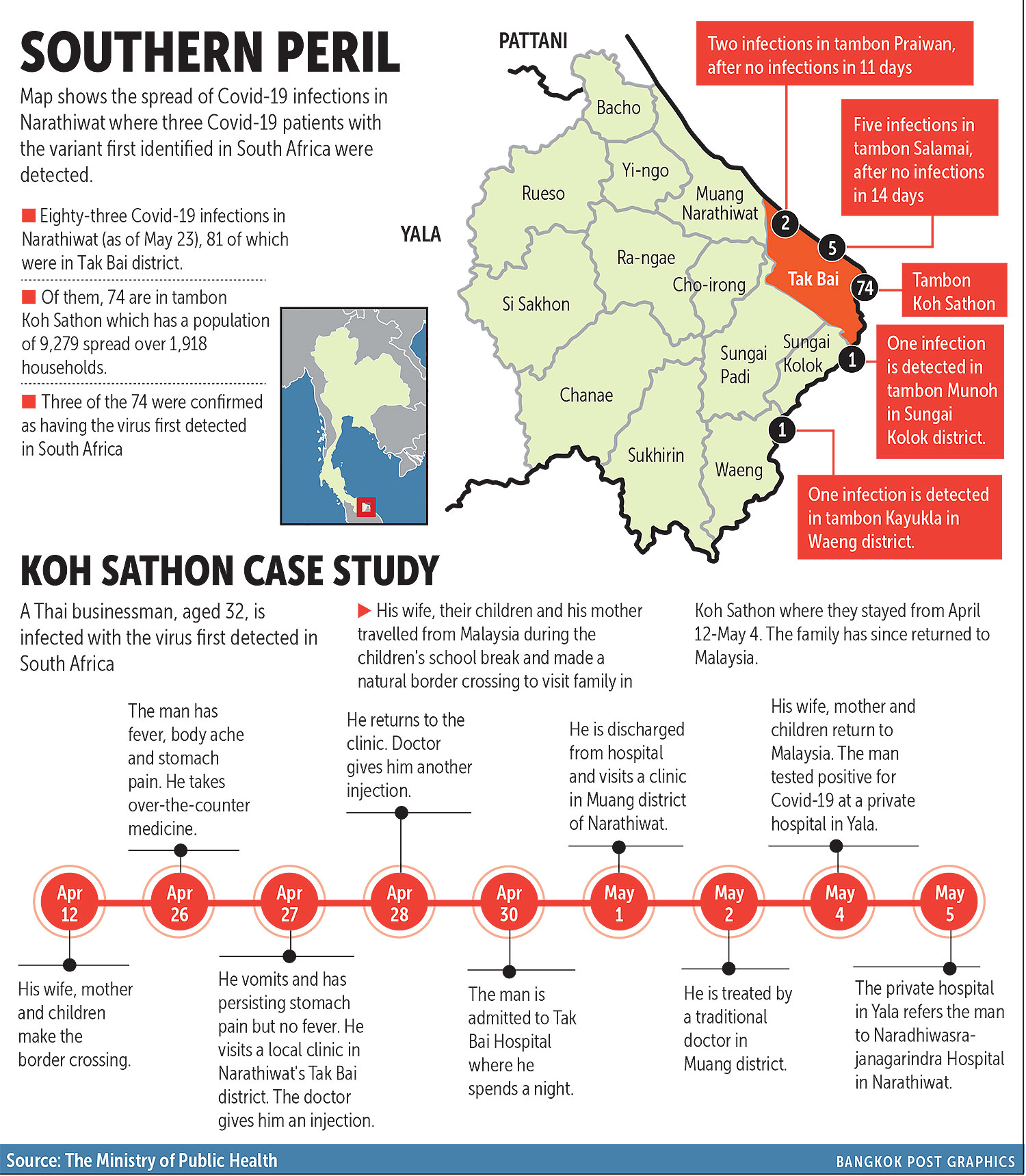 "Blanket vaccinations must be launched to cover as many people as possible, using the AstraZeneca vaccine which is already at our disposal, followed by second shots. We should also try to buy vaccines from other producers because it is necessary to constantly boost immune responses," Dr Yong said.

He also stressed the need to study the possibility of changing coronavirus vaccines.

"A vaccinee who experienced side-effects from the first shot may have to be vaccinated with another type of vaccine. In the future, when vaccines from several producers arrive and we want to further boost immune responses of people who have already received two shots, how can this be done? This must be studied in the country," Dr Yong said.

Meanwhile, Manop Pithukpakorn, head of the Centre of Research Excellence and Precision Medicine at Siriraj Hospital, expressed concern about B.1.351 variant detected in southern Thailand.

"Let's pray it will not spread to the capital because the only vaccine that is effective against this strain is Pfizer's, with its efficacy rate of 75% [and probably Moderna], while the J&J vaccine is at 64-66%, and AstraZeneca at 10.4%," Dr Manop said.

"As for Sinovac, considering the level of immune response [it triggers] after the shot, it is not expected to be effective against the mutated strain.

"It is time for the government to change its policy and speed up the import of Pfizer, Moderna and J&J vaccines to ensure enough supplies for all Thais."

Opas Karnkawinpong, director-general of the Department of Disease Control (DDC), said on Sunday nine villages in tambon Koh Sathon, Narathiwat province, were under lockdown after health authorities detected the variant first found in South Africa in three people, all of whom have fully recovered.

An investigation by the department found the strain was brought into Thailand by a Malaysian woman who illegally crossed the border to Thailand with her son and mother-in-law to visit her husband in Tak Bai between April 12-May 4.