Seven illegal border crossing points have been found along the border with Malaysia in Songkhla's Sadao district by soldiers and border patrol police. (Photo: Assawin Pakkawan)

Mr Jaruwat said the crossing points had been used by both Thai citizens and migrants to enter Thailand illegally from Malaysia.

At some spots, those crossing used a ladder or piece of wood to scale the border fence. At some spots, they cut open the barbed wire fence, while at other spots they dug into the soil to slip under the fence, he said.

Many had managed to slip across the border despite regular patrols by government forces as a measure to prevent the spread of coronavirus, he added. 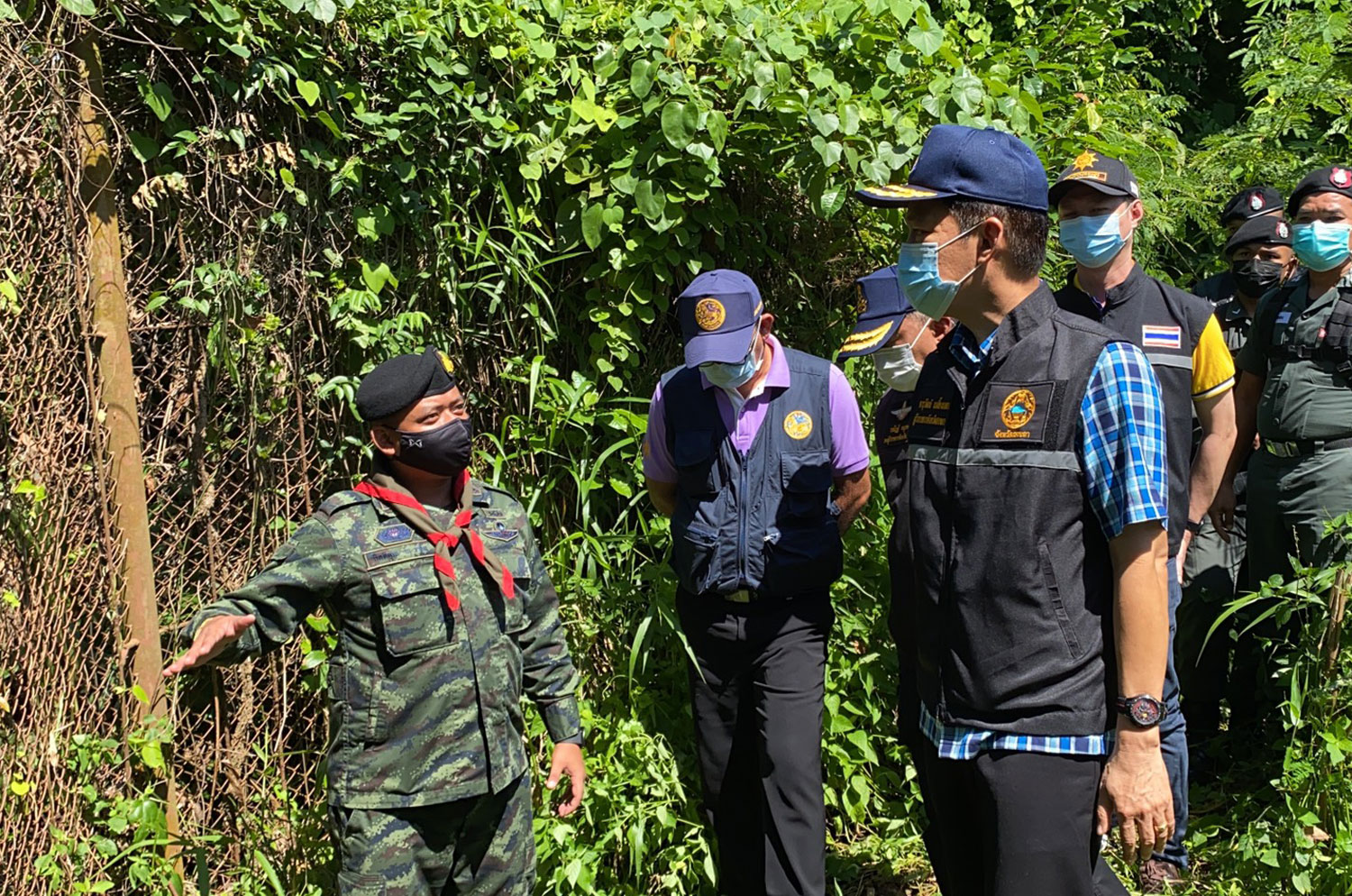