Health officials are ramping up their efforts to vaccinate teachers and spa workers in Bangkok and its surrounding provinces against Covid-19, ahead of the start of the new school term and a planned meeting on the further easing of curbs on businesses next week. 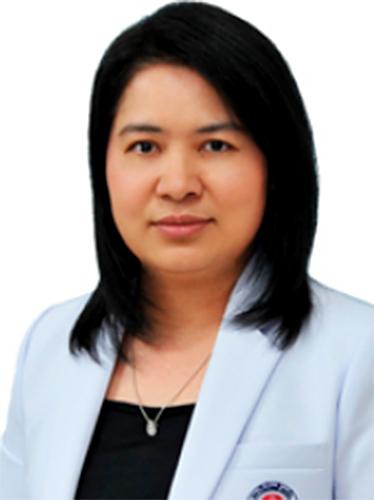 Mingkwan Wichaidit, director of the Institute of Dermatology under the Department of Medical Services -- who was put in charge of the vaccination centre at Bang Sue Grand Station -- said the Public Health Ministry will focus its efforts on these two groups because they are not covered by the Bangkok Metropolitan Administration's (BMA) inoculation programme.

She said about 40,000 teachers and support staff in Bangkok and its immediate vicinity will need to be vaccinated before schools reopen next Monday.

Meanwhile, she said, there are about 30,000 spa workers who will be vaccinated at the same time as the teachers.

"We must vaccinate 15,000 a day, up from the previous target of 10,000 to help the economic recovery and move the country forward," she said.

Currently, there are 80 vaccination booths at Bang Sue Grand Station, which theoretically can handle between 10,000-15,000 people per day.

However, Dr Mingkwan said she is confident the centre can inoculate as many as 20,000 people a day if the number of booths were raised to 100.

Starting next Monday, individuals who had their first dose of the Sinovac vaccine about three weeks ago will receive their second at the centre, so the number of vaccination staff must be increased to 22,000 per day to deal with the added load, she said.

Speaking about another issue, she said the vaccination centre is speeding up inoculations of public transport drivers and Transport Ministry staff to 5,000 people per day. Those who have registered through their mobile phone service providers will also receive their shots at the Bang Sue Grand Station, at a rate of 5,000 people per day, Dr Mingkwan said.

The vaccination centre operates like a hospital, with vaccines delivered to the centre at night and checked by a team of pharmacists, she said.

"The centre is well-equipped and fully prepared.

"We have sped up the vaccination process, so it now takes about 51 minutes per person, including a 30-minute observation to monitor possible side effects from vaccines," Dr Mingkwan said.