A health ministry website on Monday afternoon began accepting registrations in English from foreigners living in Thailand who want vaccination against Covid-19 disease.

The Public Health Ministry launched its updated version of wwww.thailandintervac.com.

The website had been previously used for diplomatic staff in Thailand to apply for inoculaton.

Foreign affairs deputy spokesman Natapanu Nopakun said during the daily briefing by the Centre for Covid-19 Situation Administration that foreigners were advised to make an appointment two weeks in advance.

Registration would first be open to foreigners aged 60 years or more, and for those with chronic illness. The information was on the website.

Initially, vaccinations were being scheduled in the Bangkok and Pattaya areas, beginning with MedPark, Vimut and Phyathai 2 hospitals in Bangkok. Bangkok Hospital Pattaya and Bangrak Vaccination and Health Centre in Sathon would follow.

As the news spread, the website quickly became congested, displaying the message, "Please try registration after 5:00 p.m. We have to apologize for all the inconvenience."

The government kicked off a nationwide vaccine rollout on Monday for Thai and foreign nationals.

Pฺฺrior to the website being opened for ordinary foreign residents, they were earlier advised they could register for vaccination at a state hospital with their medical records or at a health centre. 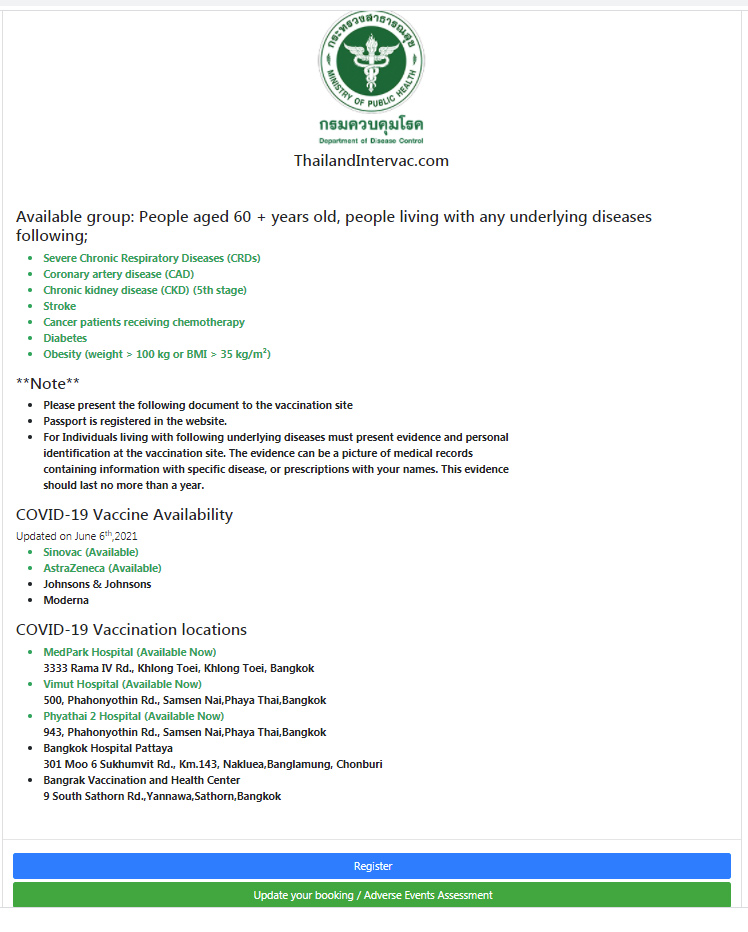