About 4.6 million shots of Covid-19 vaccines were administered over the past 100 days, with over 400,000 doses given out when the national vaccination campaign kicked off on Monday, the Centre for Covid-19 Situation Administration (CCSA) said yesterday. 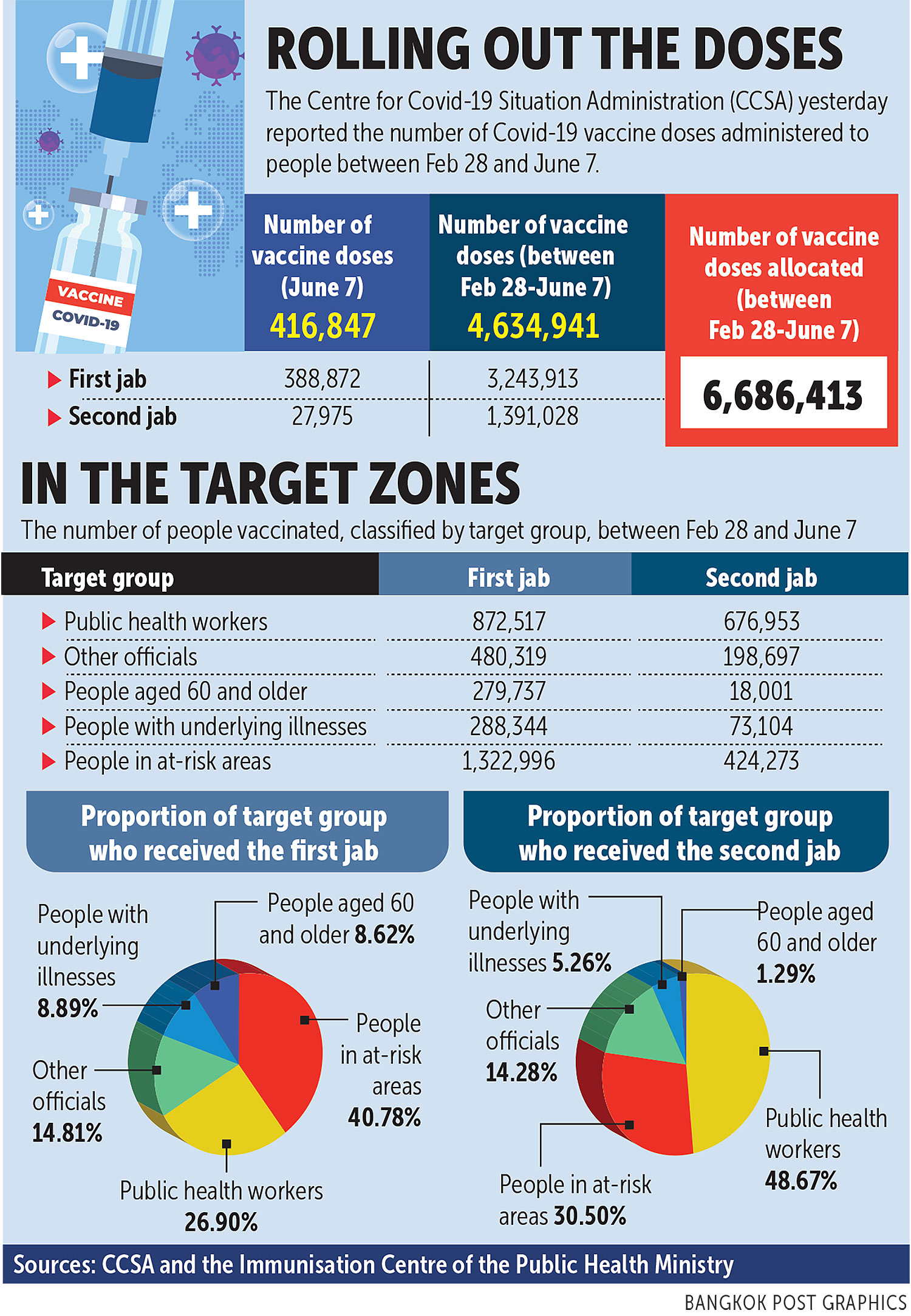 Taweesilp Visanuyothin, spokesman for the CCSA, said as of Monday, 4,634,941 doses of Covid-19 vaccine had been administered since Feb 28, when limited vaccinations began.

On the first day of the nationwide vaccination drive, 416,847 shots were given, 388,872 of which were first doses, Dr Taweesilp said, adding the jab rollout proceeded without any glitches.

City Hall reported that 13,052 people received their first jabs at 25 vaccination stations spread across the city on Monday.

Pol Gen Aswin said each of the vaccination sites will administer 500-590 jabs per day between June 7-14, and BMA will increase their capacity when more supplies arrive.

Thai aerospace engineers have entered the second phase of the Nasa competition by proposing Thai food wisdom -- in the form of the sago worm -- to feed future astronauts.

SURAT THANI: A Russian couple who deal in real estate have sought help from the police, saying a gang of foreign men confronted them in a coffee bar in Koh Samui and extorted them out of 1.8 million baht in cryptocurrency.

Authorities are on high alert for rapidly intensifying Typhoon Noru which is expected to be downgraded to a tropical storm before reaching Thailand's Northeast on Thursday.