Driver Chanon Charoenhongsa (right), 20, of Kanchanaburi's Sangkhla Buri district, is caught smuggling a man and child from Myanmar to Bangkok, at a checkpoint in Sangkhla Buri, Kanchanaburi, early on Friday. (Photo: Piyarat Chongcharoen)

One smuggler admitted he was being paid 20,000 baht per head to bring workers into the country illegally, police said.

A team of police, soldiers and volunteers stopped and searched a four-door pickup truck with Kanchanaburi licence plates at the checkpoint at Ranti bridge early on Friday morning after the driver showed signs of nervousness.

They found a Myanmar man and boy hiding underneath some goods at the back inside the cabin.

Driver Chanon Charoenhongsa, 20, of tambon Nong Lu in Sangkhla Buri district, confessed to having picked them up at Three Pagodas Pass and said he was taking them to Bangkok to work.

He admitted he was paid 20,000 baht per head and had done it twice before, according to an officer on the arresting team.

During questioning, the migrants said they had crossed the border on foot into Thailand along a natural path and the pickup truck later arrived to pick them up.

After a health check they were all taken to Sangkhla Buri police station for legal action.

Around 10pm on Thursday, border patrol police arrested a Thai driver and 26 illegal Myanmar migrants, including children, at a checkpoint in tambon Nong Lu of Sangkhla Buri  district.

The 26 migrants were crowded into the back of the pickup under a hardtop canopy.

Driver Boonchu Thakaew, 30, of Thong Pha Phum district and all his passengers were taken to the 134th border patrol police base in Sangkhla Buri for health checks and questioning. They were later taken to Sangkhla Buri police station for legal processing. 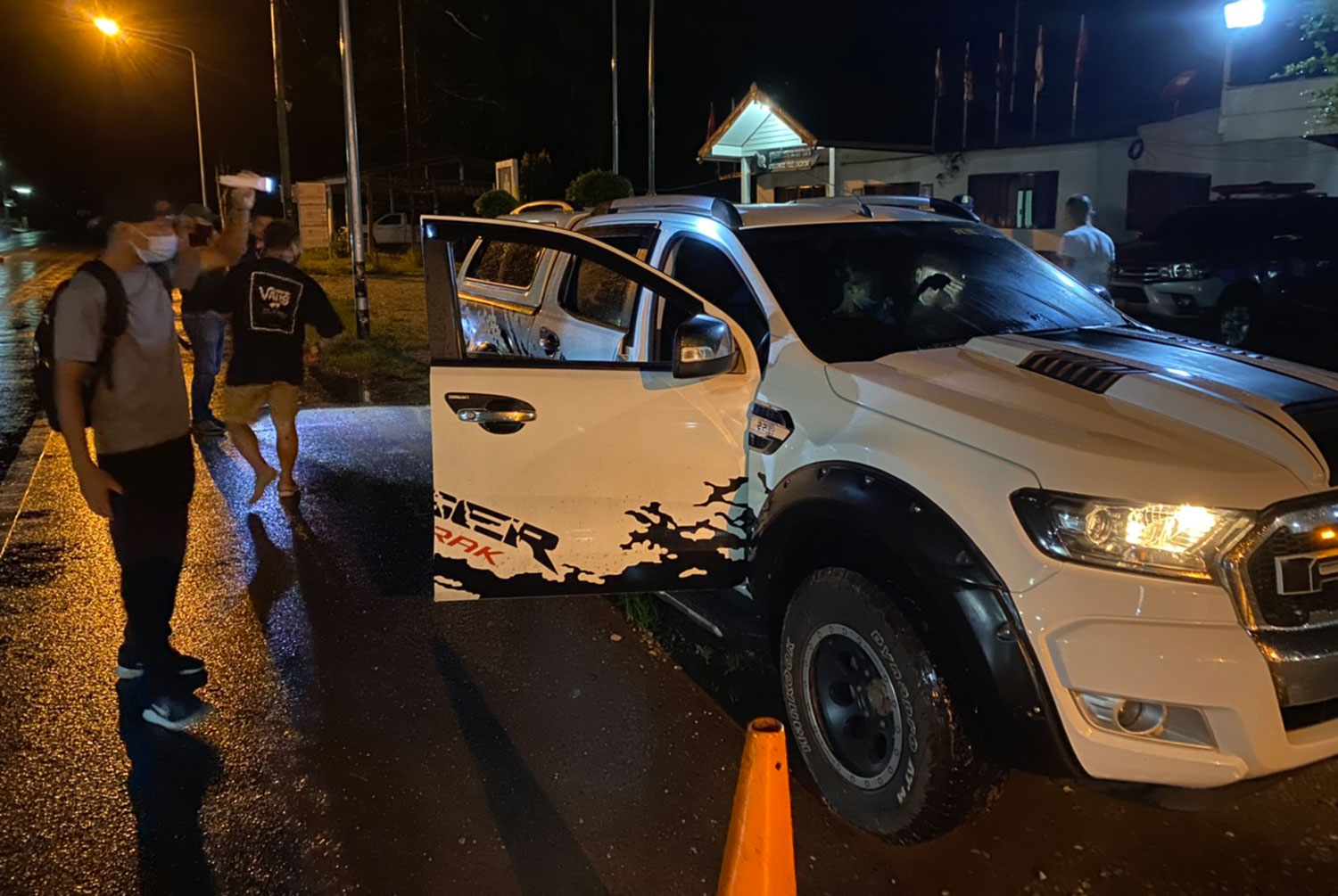 Officers stop a pickup truck  and find 26 Myanmar migrants crammed on the back under  hardtop canopy, at a checkpoint in Sangkhla Buri district, Kanchanaburi lae on Thursday night.  (Photo: Piyarat Chongcharoen) 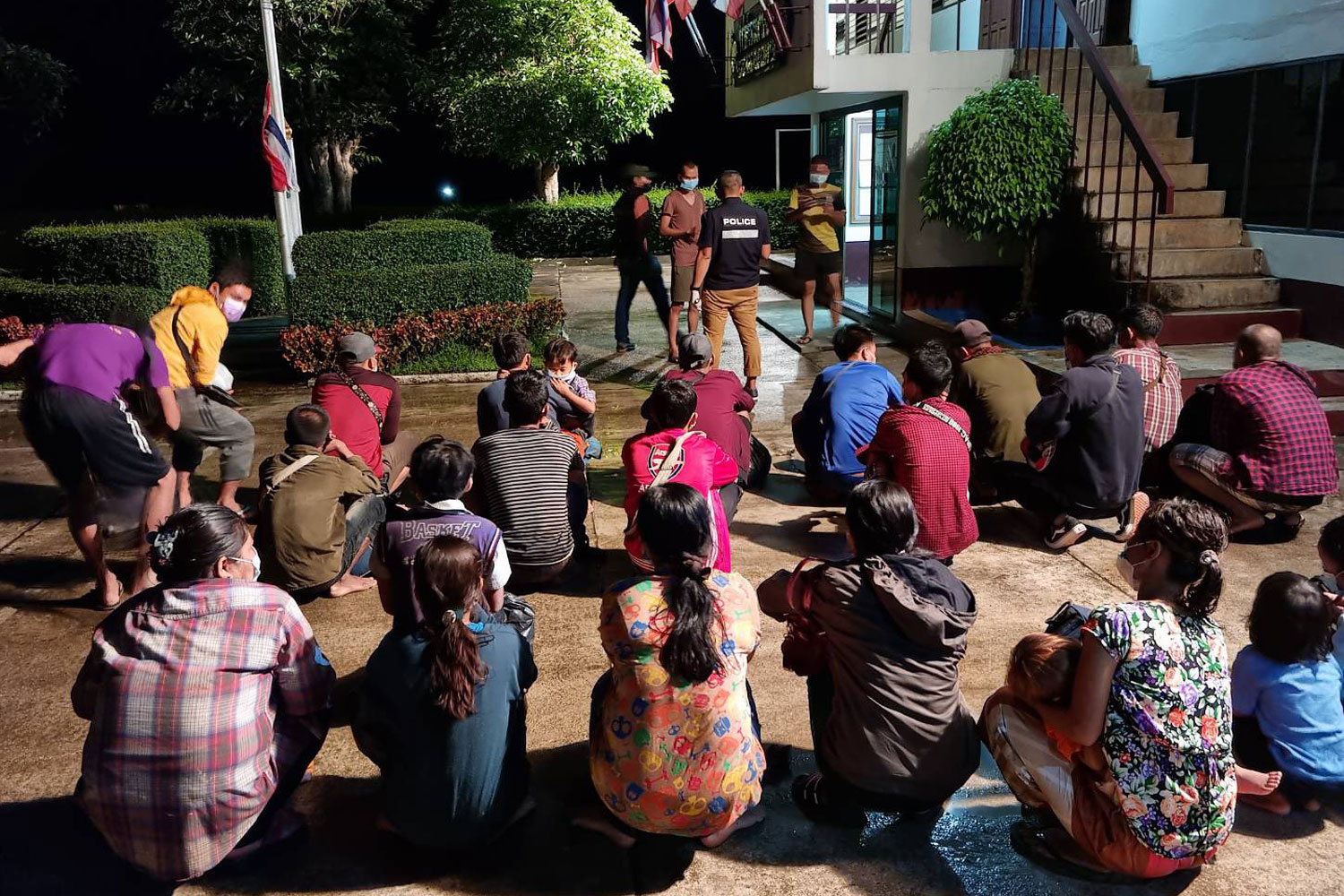 Myanmar nationals, including children, and the Thai driver are taken to Sangkhla Buri police station in Kanchanaburi. (Photo: Piyarat Chongcharoen)