New mayor wants answers about B90,000 poles after learning of similar big spending in Samut Prakan

One of 368 lamp posts with a traditional southern manorah figure installed along Phetkasem Road in Hat Yai, which spent 33.4 million baht on the project. (Photo: Assawin Pakkawan)

Pol Lt Gen Sakhon Thongmunee, the newly elected Hat Yai mayor, ordered the panel set up after he heard about a local administrative organisation in Samut Prakan that had spent more than 94,000 baht apiece for street lamps topped with mythical kinnaree figures. He wanted to learn more about the 33.4-million-baht project undertaken in the area now under his jurisdiction

The Racha Thewa tambon administrative organisation (TAO) in Samut Prakan was accused earlier this week of overpaying when it spent 642 million baht for 6,773 solar-powered street lamps topped with mythical kinnaree figures — all of them supplied by a single company.

Also in Samut Prakan, the Nong Prue TAO procured similar lamps that were topped with miniature aircraft at almost 100,000 baht each.

In Hat Yai, a total of 368 lamp posts with manorah figures were installed in two locations: along Phetkasem Road from the Sanambin Nok intersection to King Rama I bridge across a drainage canal, and from King Rama I bridge to another bridge in front of the Hat Yai police station.

Local media reported that the investigation followed complaints that the street lamps in Hat Yai were substandard and overpriced. Some of the manorah figures were damaged and the lights were dim, residents said. 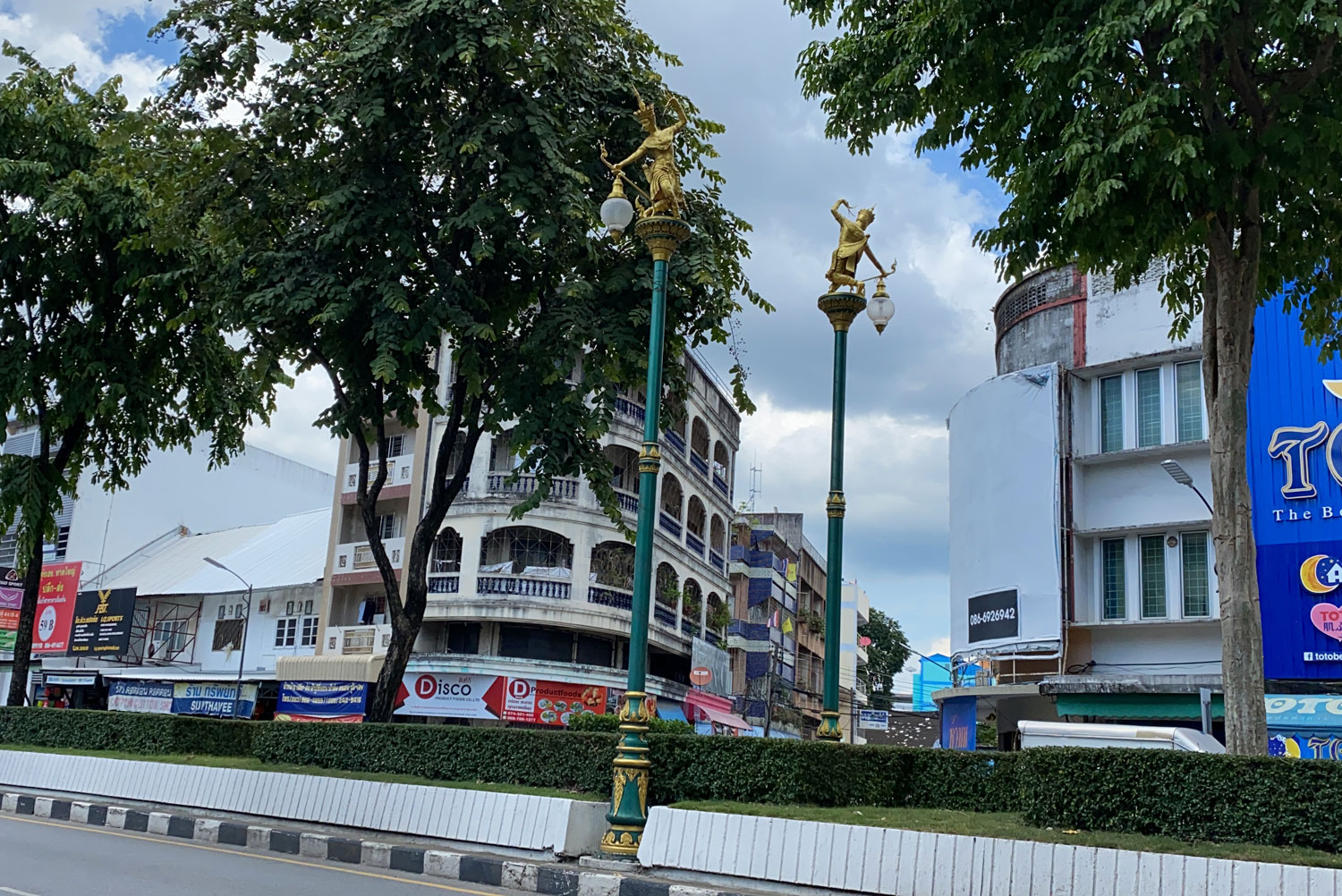