Police show a court warrant to the owner of one of the three houses searched in Suphan Buri on Thursday as part of an investigation into the international trade in wildlife destined for exotic restaurant dishes. (Police photo)

It was part of an extended investigation into transnational wildlife smuggling after 102 macques were found on the covered back of a truck, NED commander  Pol Maj Gen Pithak Uthaitham said on Friday.

Crime Suppression Division (CSD) police and officers from the Sri Maha Phot station in Prachin Buri had saved 88 live macaques from foreign restaurant pots during a routine stop of a loaded pickup in Sri Maha Phot district on May 27.

When police looked under the cover they were shocked to find a cargo of dead and dying macaques stuffed into bags and cramped cages. There were 88 live monkeys and another 14 that had died

Under interrogation, Mr Panupong said he was being paid 3,000 baht to transport the animals from Phichit to the border province of Sa Kaeo. From there, someone else would take them across into Cambodia. (continues below) 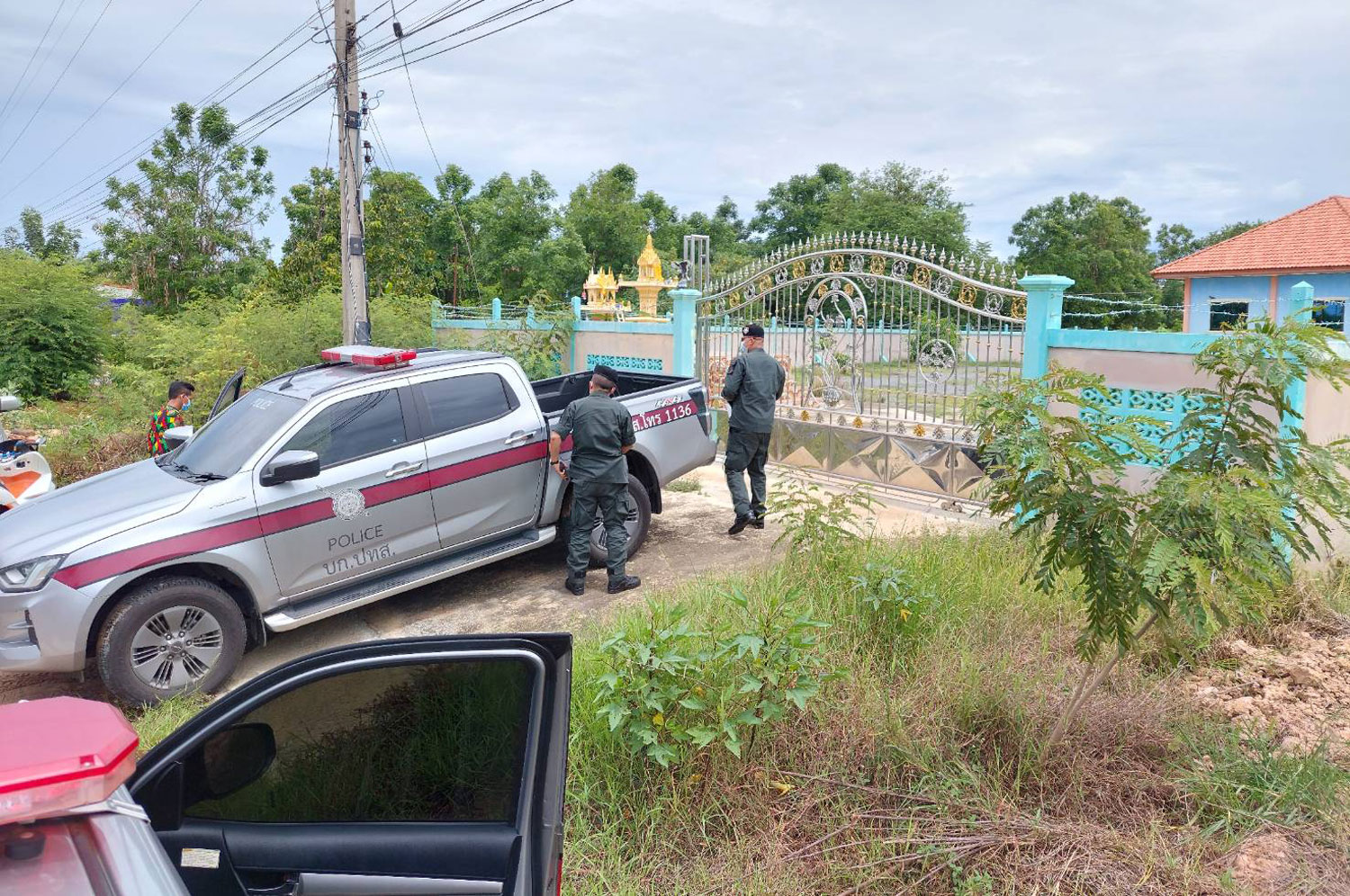 Police at one of the three houses searched in Suphan Buri's Doembang Nangbuat district on Thursday as part of an investigation into transnational wildlife smuggling. (Police photo)

During the searches in Suphan Buri on Thursday, NED officers seized vehicle documents from the three houses, all in the same community, tambon Bokrut.

Other evidence seized included dashcams, mobile phones and nylon bags similar to those  used to smuggle the macaques found on the pickup, Pol Maj Gen Pithak.

Ms Malai Rakcharoen, owner of the first house searched, Mr Siwakorn Khachenram, owner of the second house house, and Ms Yuphin Tidthong, caretaker of the third house, were not detained.

The NED had earlier learned that a married couple were allegedly involved in the smuggling.

They had obtained arrest warrants from Prachin Buri court for Samrarn Rakcharoen and his wife Somprasong Jaemsri on charges of colluding in the possession of wildlife and the carcasses of protected animals, and animal abuse, Pol Col Arun said.

The couple reported to Sri Maha Phot police station on June 5, and were charged and released on 100,000 baht bail each.