A police officer shows a search warrant to people caught for collusion in running an online gambling operation during a search on one of four venues in Bangkok, Nonthaburi and Prachuap Khiri Khan on Friday. (Police photo via Wassayos Ngamkham)

Seven people have been arrested for allegedly operating online gambling website for people to bet on Euro 2020 football matches with over 200 million baht in monthly circulation.

Officers from the Police Cyber Taskforce (PCT) and immigration police searched four locations in Bangkok, Nonthaburi and Hua Hin on Friday to arrest people linked with the international football gambling website UFABET.com. An investigation had found that the site had over 200 million baht in circulation locally, according to Pol Gen Damrongsak Kittiprapas, deputy national police chief.

The searches followed complaints by parents that many students had been placing bets via the website and other accounts linked to it.

PCT investigators found bets had been placed via Line accounts of UFA777, UFA368, UFAR1 and UBET777, which were linked to the website, said Pol Gen Damrongsak.

Five men and two women were arrested separately on charges of collusion in running an online gambling operation, and persuading people either directly or indirectly to bet online.

The suspects has a total of 1.6 million baht in the bank accounts, he added.

The suspects and the confiscated items were handed over to police at the Bang Yai and Bang Sri Muang stations in Nonthaburi and Phetkasem station in Bangkok.

Pol Gen Damrongsak urged people not to bet during the Euro 2020 tournament as it is illegal in Thailand.

National police chief Pol Gen Suwat Jangyodsuk has asked police to severely crack down on gambling and arrest those involved, he added. 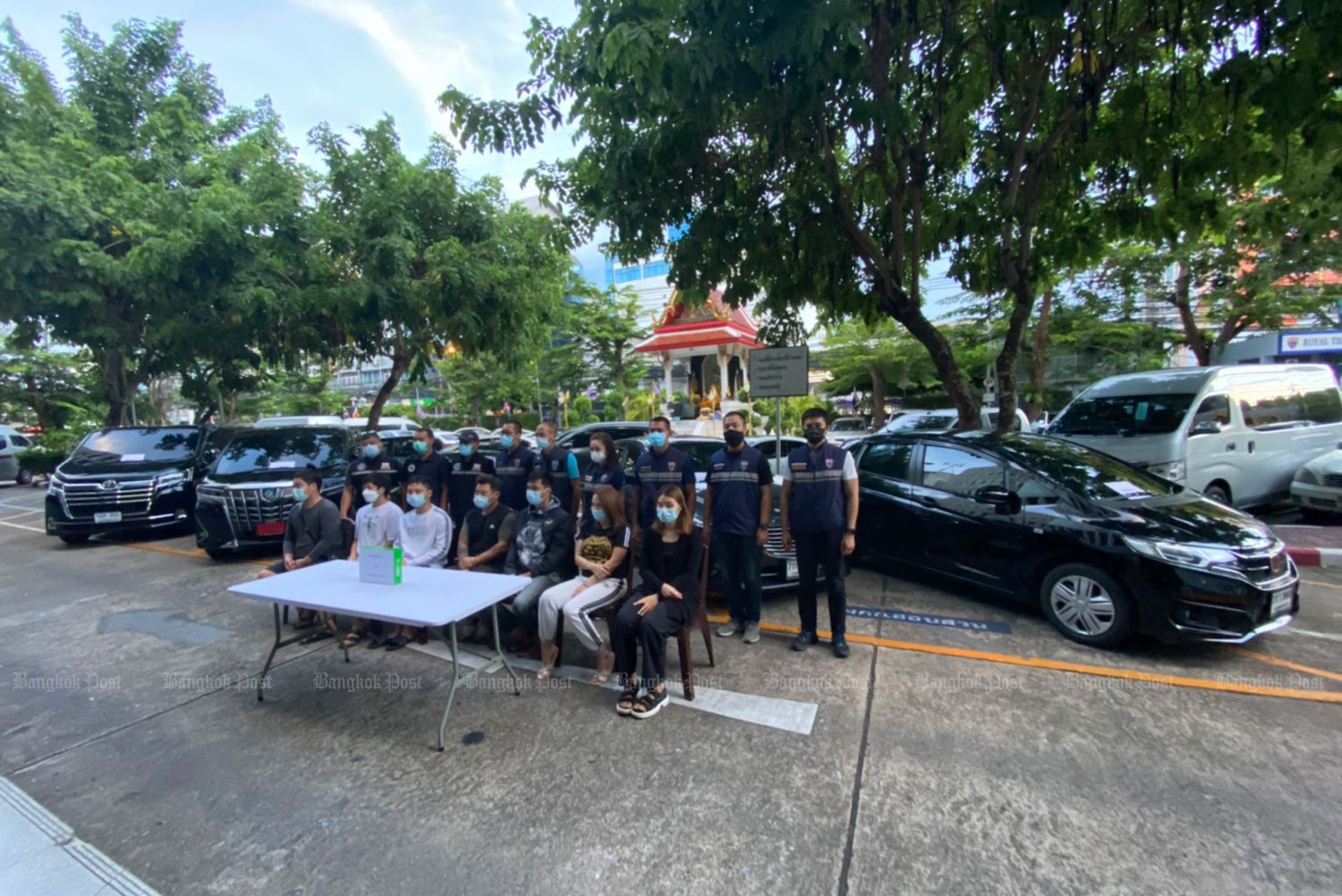 The seven suspects are shown at a media briefing staged by police on Friday.