The boat in which smuggled cigarettes were caught off Ranong province. The Myanmar boat operator was arrested, charged with violating the Excise Act.(Photo:Achadthaya Chuenniran)

V/Adm Choengchai, as director of the Region 3 Thai Maritime Enforcement Command Centre (Thai-MECC), identified the man as Aung Zaw Tun. The man was arrested after the patrol spotted the boat he was operating a distance off the Ranong coast by a patrol of customs officials.

Found in the boat was a bag containing 300 packages of the Premium Gold brand cigarettes and 300 Myanmar cigars.

The man was handed over to the excise office in Ranong and charged with violating the Excise Act.

In a separate action, a customs patrol on Saturday found 55 bags of live clams, weighing about 1,600 kilogrammes in total, left on an abandoned fish pier along the Ranong coastline.

Local fishermen told the officials that they saw a Myanmar man take the bags of clams in a boat to the pier. He unloaded the bags on the pier and left.

The customs officials seized the clams, believing they had been smuggled into the country. 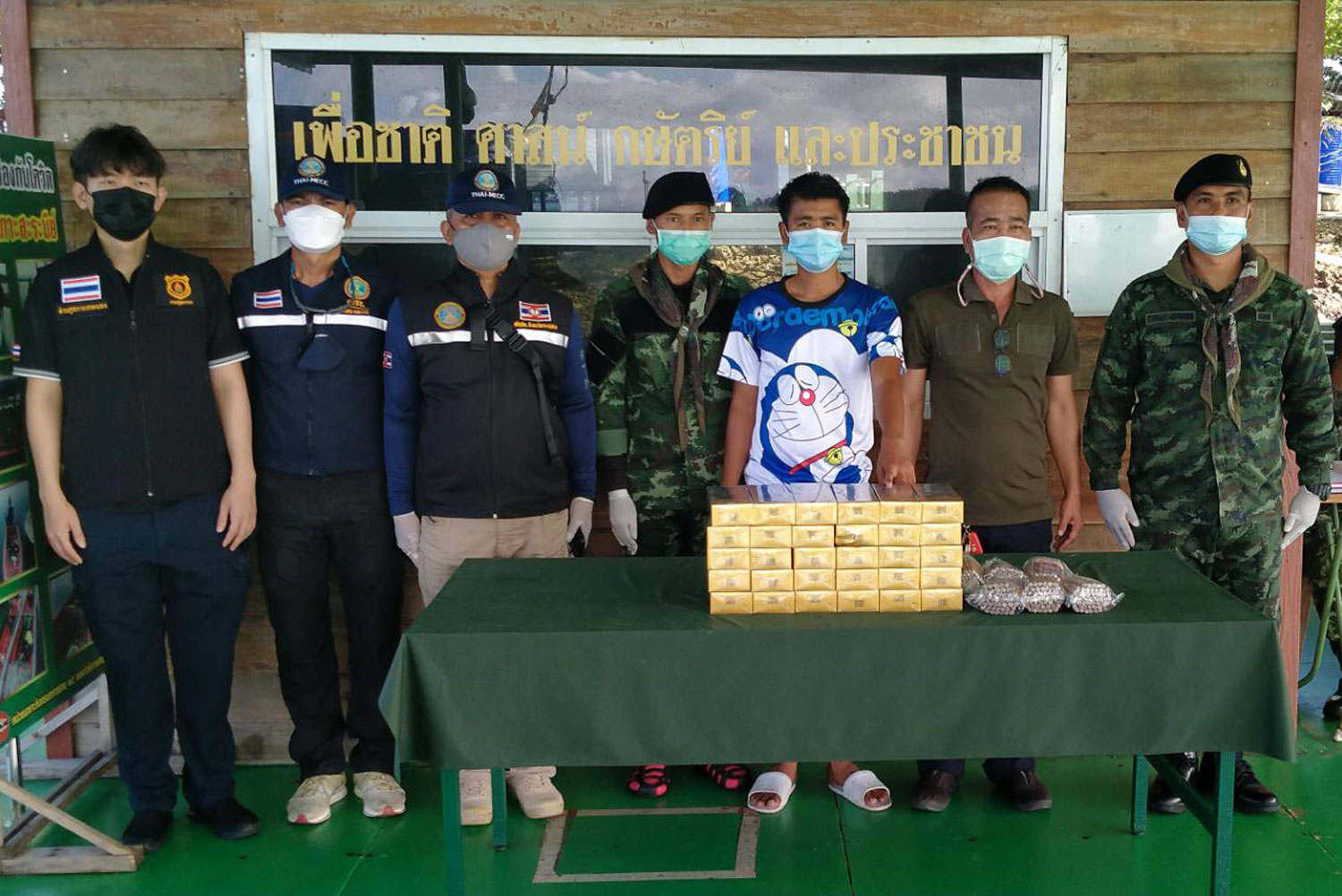 Myanmar national  Aung Zaw Tun, wearing a T-shirt screened with Doraemon , was arrested with a large quantity of foreign cigarettes found in his boat off Ranong coastl. (Photo: Achadthaya Chuenniran)