The deputy prime minister was briefed on details of the tourist sandbox by Phuket governor Narong Woonciew during Friday’s meeting.

The Phuket governor said the sandbox scheme was a crucial policy and he was thrilled the government had chosen Phuket as the pilot province to reopen to tourists.

Provincial authorities were determined to reopen the island on July 1, even though they had to pass uphill tests. The island's economy must be revived, but with effective measures in place to control the spread of Covid-19, the governor said.

Over past months, strict measures had been implemented to stem the spread of the virus on the island and prevent it being brought in from outside.

Those entering the island from other provinces must have received two doses of the Sinovac vaccine or one dose of the AztraZeneca vaccine, or had an RT-PCR negative test 168 hours before their arrival, or go into 14 days quarantine, Mr Narong said during the meeting.

Under the sandbox plan, the province needs to vaccinate at least 466,587 people, or 70% of the provincial population, to build up herd immunity, Mr Narong said.

The Tourism Authority of Thailand has predicted about 129,000 foreign arrivals and that 500,000 Thais will also visit Phuket in the three months from July to September, the governor said.

Mr Supattanapong said Phuket was a test model to bring in tourists, both domestically and from abroad. The deputy prime minister believed Thais who visit the island will notice some changes.

Mr Varawut said many natural attractions in Phuket and elsewhere in the South were eager to welcome back tourists, whose numbers had shrunk since the epidemic began.

Bhummikitti Ruktaengam, chairman of the  Phuket tourism operators association, said the sandbox schme represented hope for businesses on the island.

Reopening the province was expected to provide 20,000 jobs. If all went well, another 30,000-40,000 would be employed later and the economy would move ahead, he said ,

On June 22, the cabinet approved the Phuket sandbox tourism scheme to reopen the sland province reopen on July 1 to fully vaccinated tourists from selected low- to medium-risk countries, to be followed by a trio of destinations in the Gulf of Thailand on July 15 -- Koh Samui, Koh Phangan and Koh Tao. 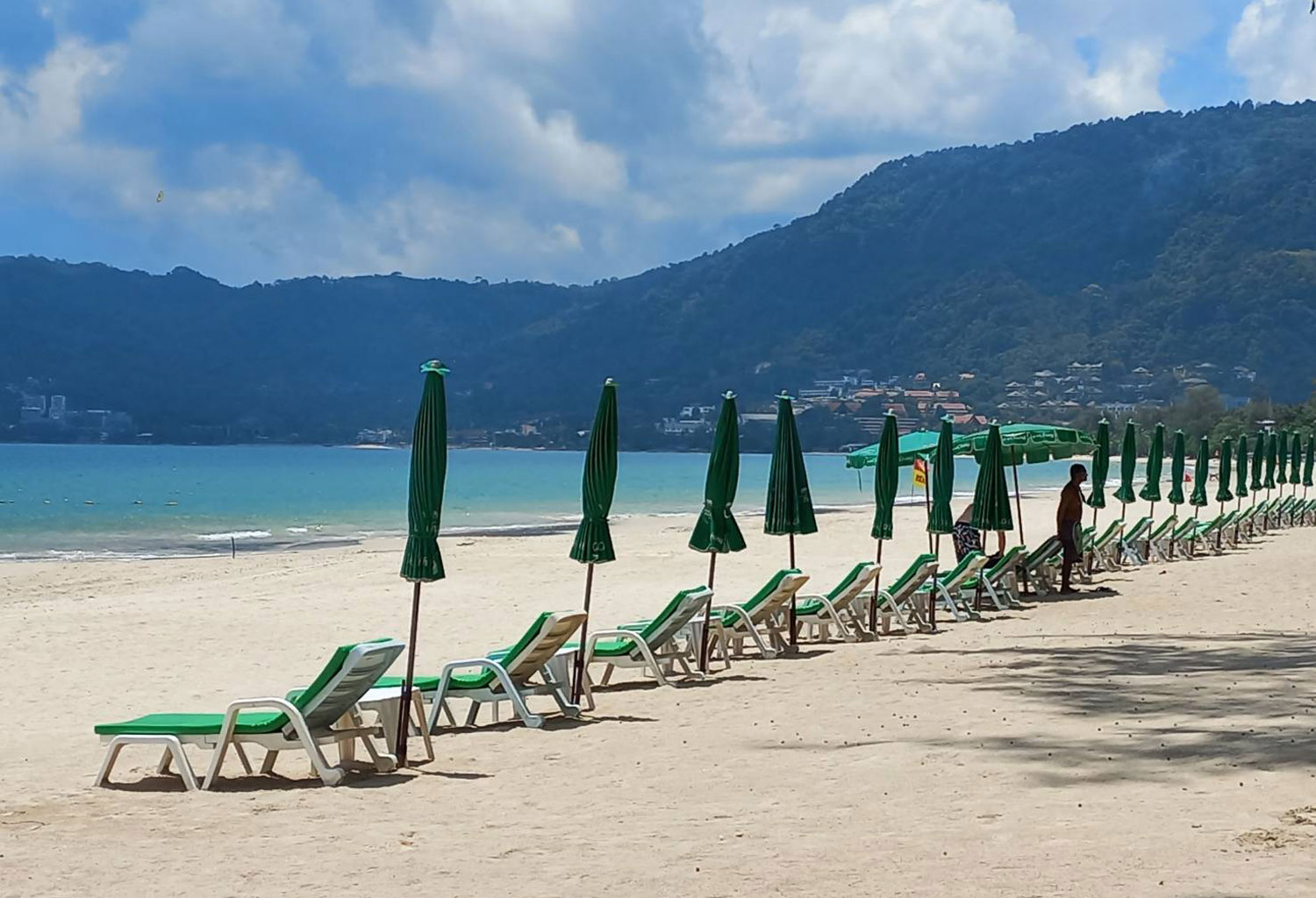 Empty chairs on Patong beach await the expected influx of tourists after the province reopens next Thursday. (Photo: Achadthaya Chuenniran)