A woman has been arrested in Bangkok’s Bang Kapi district after being accused of luring an Olympic gold medalist and friends into investing in a lottery sale but failed to supply tickets.

The damage was estimated at over 11 millon baht.

The arrest was made after Lt Cdr Somluck and his friends had invested in a lottery ticket quota with Ms Paramee, who claimed to be a lottery agent.

The woman convinced them that she could supply lottery tickets at prices lower than other agents who set up stalls in front of the Government Lottery Office, said Pol Col Bunlue.

The woman later returned some of the money but still owed them 11.75 million baht. After that, she could not be reached.

Lt Cdr Somluck and his friends filed a complaint with police at Pak Kret police station in Nonthaburi on June 3.

CSD began the investigation and tried to locate the woman. They later learned that she had been hiding in Bang Kapi district.

During the questioning, Ms Paramee denied cheating the complainants. She claimed she had tried to find money to return them. She was held in police custody for legal action. 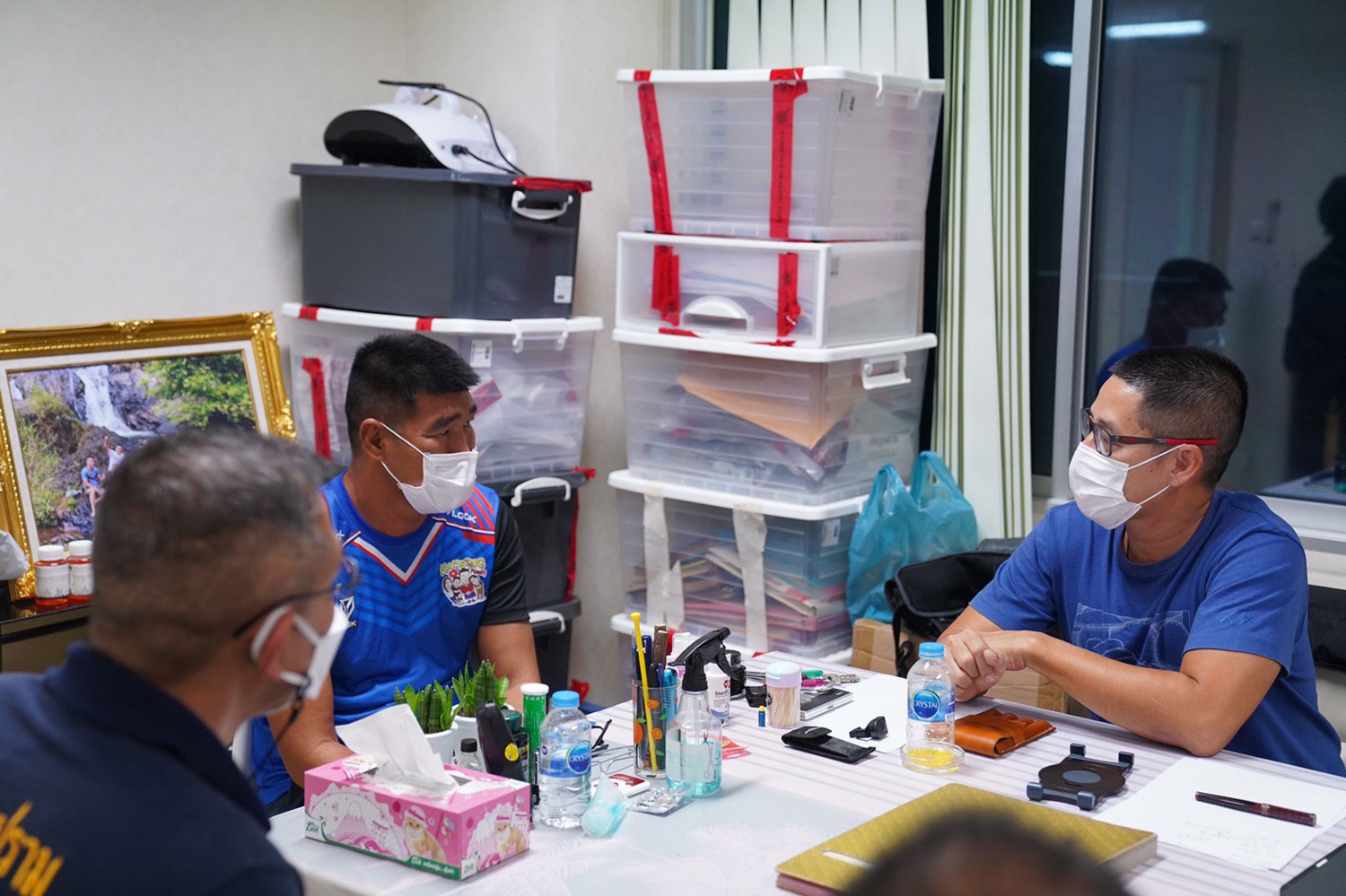 Somluck Kamsing, centre, files a complaint with police against a woman claiming to be lotter agent over a lottery investment fraud. (Photo supplied)