Two German nationals alleged to be leaders of a major drug network in Europe were arrested by police in Surat Thani and Phuket provinces on Tuesday morning.

Mr Kartun was arrested at a luxury villa on Koh Phangan in Surat Thani and Mr Wolfein at Rawai beach in Phuket on Tuesday morning.

The two men were alleged leaders of a major network providing drugs to gangs in several European countries. They had fled arrest warrants and been living in Thailand for several years, Pol Lt Gen Sompong said.

The German embassy had sought  assistance from national police chief Pol Gen Suwat Jangyodsuk in apprehending and returning the men to Germany for trial.

"The two suspects stayed with their Russian friends, who acted as their eyes and ears if police went there (looking for them).

"Immigration investigators had to exercise extra caution in tracking them down before seeking arrest warrants from the Phuket and Samui courts. Two teams were set up to arrest them," Pol Lt Gen Sompong said.

They face extradition to Germany. In the meantime, they have been charged with involvement in the drug trade.

A Russian national was also arrested during the raids. Victor Thubnikov, 42, was charged with illegal possession of marijuana. 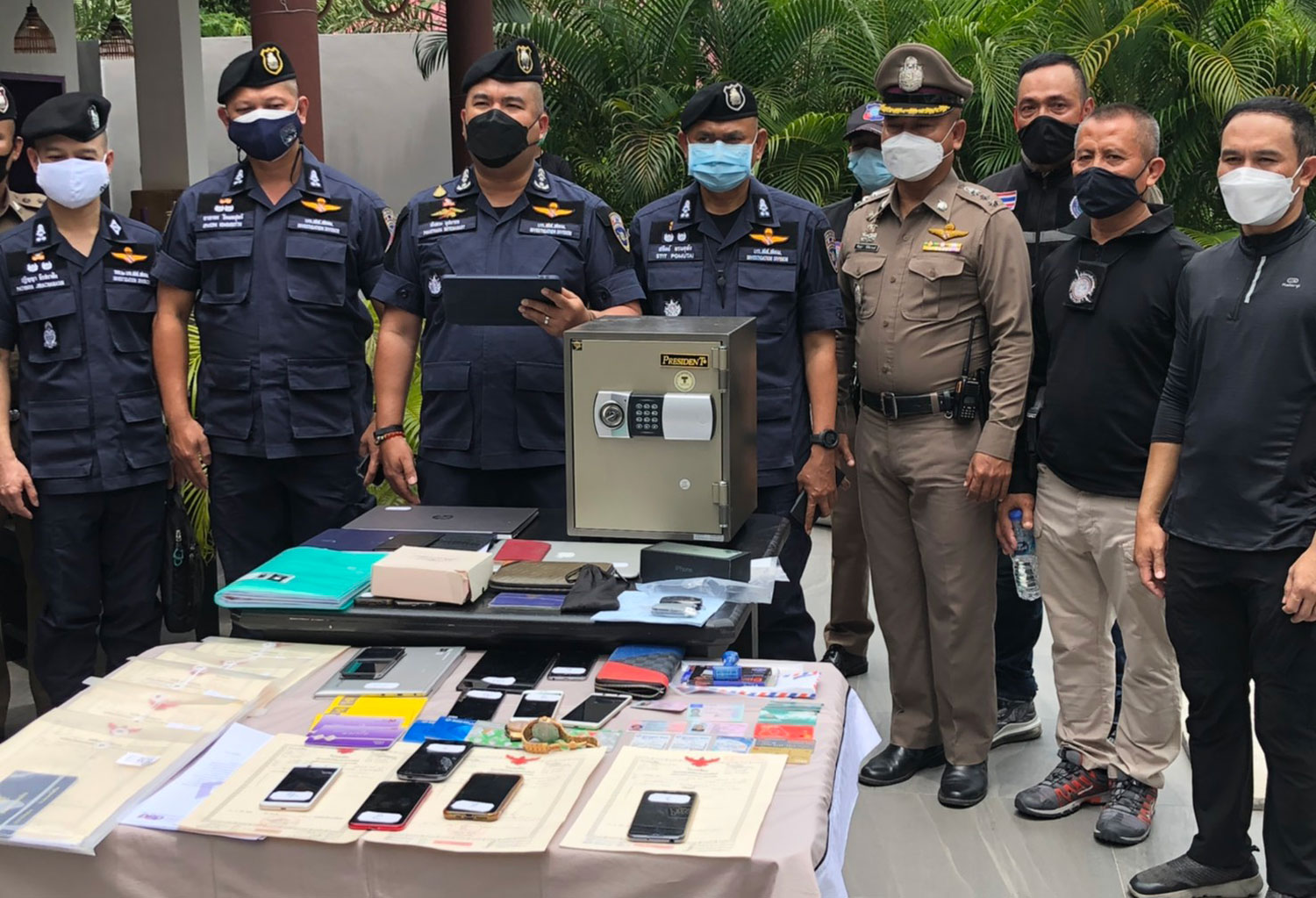