A 39-year-old factory machinist was arrested on charges of illegally making, modifying and selling guns when police raided his room at a workers’ dormitory in Pak Kret district, Nonthaburi.

Crime Suppression Division police with a warrant from the Criminal Court searched the dormitory at a lathe plant in tambon Khlong Khoi of Pak Kret district around 6am on Thursday.

They arrested Prajak Phoonphian, 39, on a warrant alleging collusion in illegally producing or modifying guns, importing or selling firearms and possessing firearms without permission.

He was sleeping when police arrived to arrest him.

A search of his room found pen guns, blank guns and gunsmithing tools, according to police.

Pol Col Veeracharn Khunchaikaew, superintendent of the CSD sub-division, led the operation. He said investigators followed up on information about a gang illegally producing and selling firearms online and evidence pointed to Mr Prajak's involvement. (continues below) 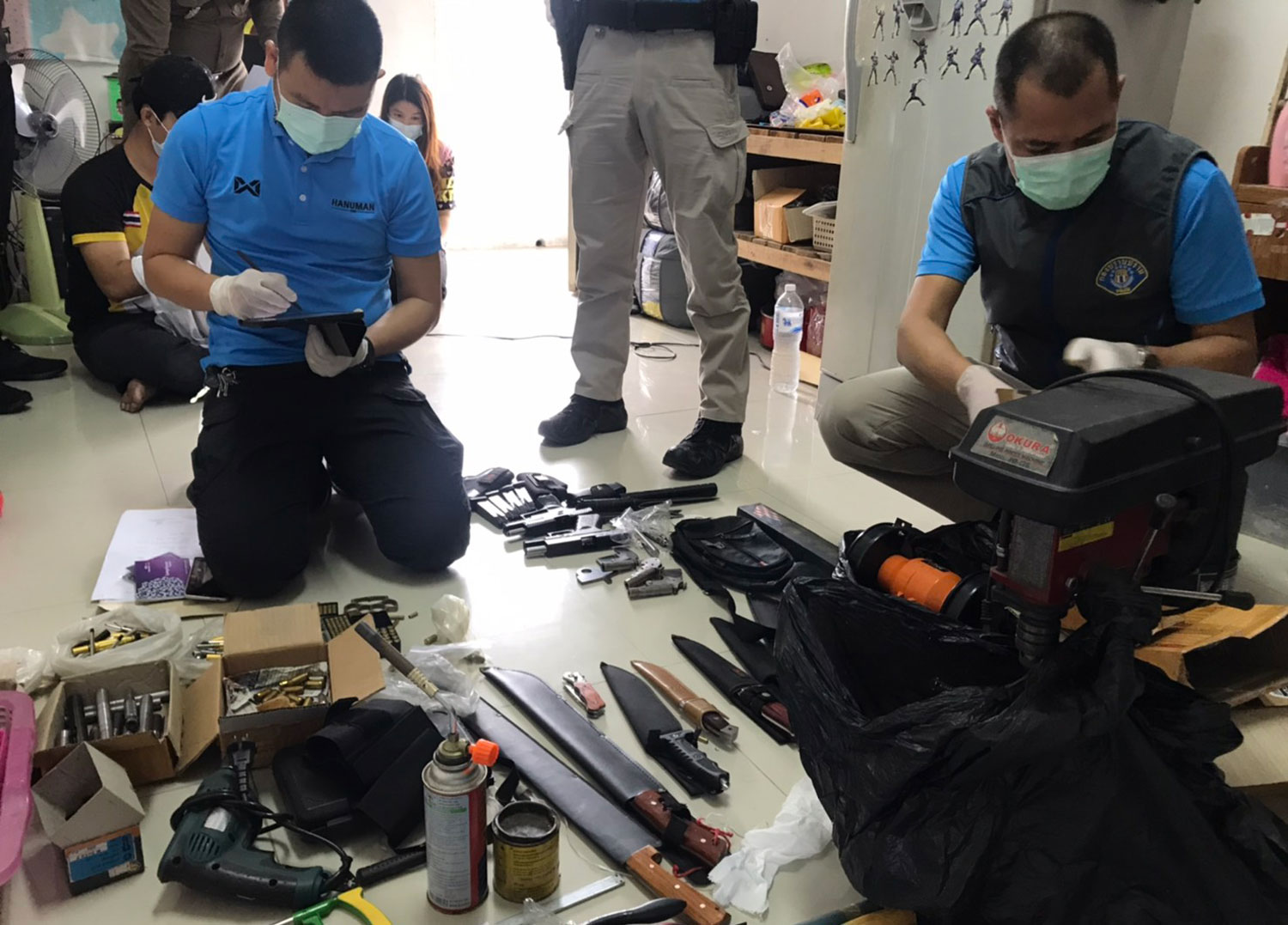 During questioning, Prajak said he worked at the factory but did not earn enough to make ends meet due to the rising cost of living. So he worked with some friends in producing pen guns, BB guns and blank guns. The guns were sold to a trader who later sold them online.

The suspect allegedly admitted he had been making guns for two years and had sold more than 100 to the trader.

He used the skills he learned at technical college and the machines and equipment at the factory to produce the guns when nobody was there.

Six more suspects were caught during raids in the other locations.

The six men were Prakarn Khaikhruan, 43, Thongchai Ploengyim, 33, Somkhuan Vora-in, 31, Direk Phanbo 42, Narathip Kasiwiwat, 36, and Phayab Champasak, 31. Seized from them were more than 30 guns and other gun accessories, 1.1 million baht cash and some bank passbooks.

Pol Col Pornsak Laorujiralai, deputy CSD chief, said the arrests were made following information that a private group was set up online for those who were fond of guns and this served as a channel them to sell and buy guns freely.

Many types of guns were sold including war weapons and home-made guns that were in the hands of gun collectors, hired gunmen and members of drug gangs, said the CSD deputy chief.

The private group had about 500 members, he added.