The Centre for Covid-19 Situation Administration (CCSA) plans to procure a million doses of Covid-19 vaccines within two weeks for people in Bangkok, while the Public Health Ministry has also pledged to solve the bed shortage crisis.

CCSA assistant spokeswoman Apisamai Srirangson on Wednesday said the vaccine plan set a target to vaccinate 70% of Bangkok's population, but as of now vaccines have been given to only 43.6% since Feb 28.

The Disease Control Department said it plans to procure 500,000 doses by next week and get a further 500,000 the following week to vaccinate Bangkok's remaining residents, Dr Apisamai said.

From Feb 28 until Tuesday, 13.2 million vaccine doses have been given to the public, of whom 3.34 million people have received a second jab.

For target groups, as of Tuesday, 15,785 doses have been given to the elderly, and 10,532 doses to people with certain underlying diseases. However, the number has not yet met the target of 50% of the groups, she said. 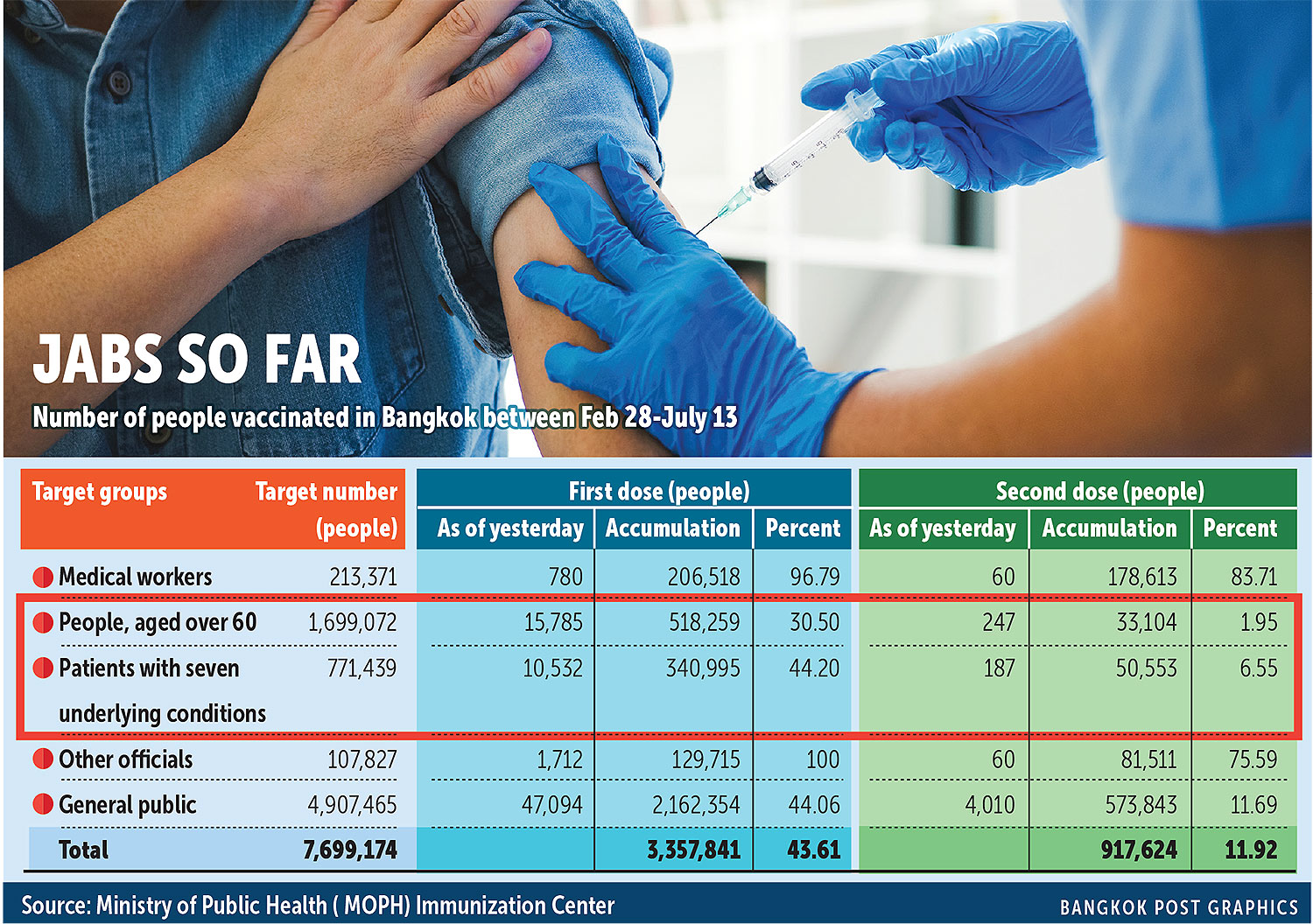 The CCR team comprises officials from public health offices, district offices, non-governmental organisations (NGO) and volunteers. The move complies with a policy, issued by the Prime Minister Prayut Chan-o-cha, to have a joint operation team to treat patients.

Meanwhile, the Public Health Ministry has sped up plans to increase beds for patients with moderate and severe Covid-19 symptoms, to solve the bed shortage problem in Bangkok.

Dr Witoon Anankul, director of the ministry's Public Health Emergency Operation Centre, said beds for patients with mild symptoms remained at around 20%, while other beds provided for patients, whose symptoms are above moderate, were around 10%.

In response to the matter, the ministry has sped up home isolation measures for patients with mild symptoms to free up beds for other groups of patients. The ministry also obtained more oxygen tanks.