A ministerial regulation is being drafted to restrict the export of AstraZeneca's Covid-19 vaccine to ensure enough doses will be available for domestic use, says Public Health Minister Anutin Charnvirakul. 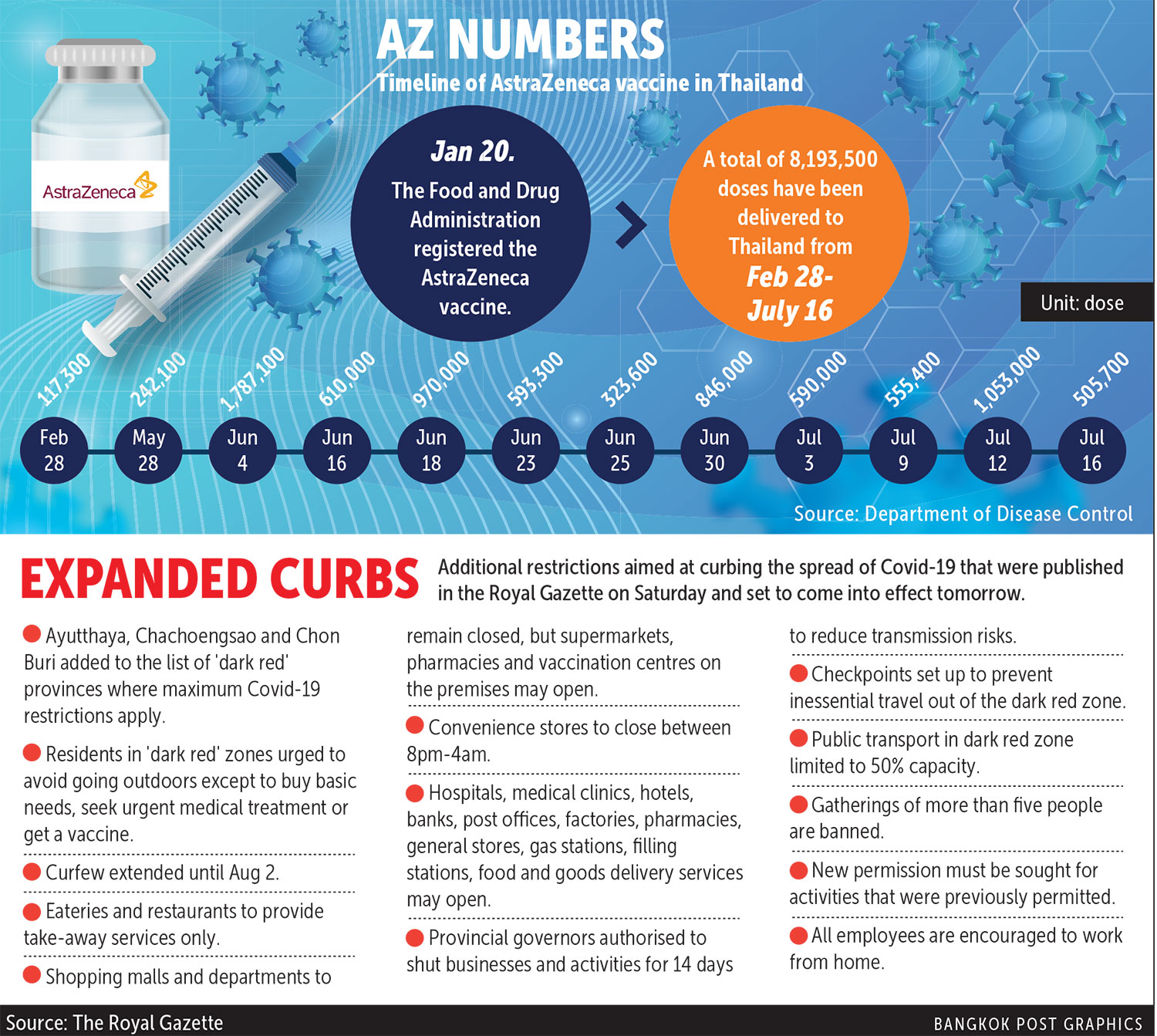 Mr Anutin yesterday said he had assigned National Vaccine Institute's director, Nakorn Premsri, to speed up the drafting of the regulation.

The curb is intended to ease the domestic shortage of vaccines amid the rising number of local infections. The regulation will be forwarded to the Centre for Covid-19 Situation Administration for approval.

The secretary-general of the Food and Drug Administration, Paisarn Dunkum, also will meet Covid-19 vaccine manufacturers whose jabs have been approved for use in Thailand to discuss ways to increase vaccine orders.

The US-based pharmaceutical company Moderna, whose vaccine is in high demand, are among those who will meet Dr Paisarn, Mr Anutin said, before adding the country has placed an order for an additional 50 million doses from Pfizer.

A ministry source said an NVI meeting on July 14 agreed in principle to temporarily limit the amount of locally-produced vaccines slated for export.

The meeting decided to send Opas Karnkawinpong, director-general of the Department of Disease Control (DoDC), to negotiate with AstraZeneca and find out how much more vaccine it could supply.

The source added, however, that the issue could affect diplomatic relations, especially with Asean neighbours which had also ordered the AstraZeneca vaccine.

"That's part of the reason the [proposed curb] needs to be considered carefully by the CCSA," the source said.

Dr Opas said that last month, AstraZeneca was able to deliver 5.13 million doses. So far this month, he said, 1.65 million doses have been delivered, bringing the total delivered between Feb 24-July 16 to 5.3 million doses.

He said the government will order 20 million doses of vaccine from Pfizer today, with delivery expected in the last quarter of this year. The authorities are also looking to order another 50 million doses from the company in the near future. He added the 1.5 million Pfizer doses donated by the US government will arrive on July 29.