Bangkok to use sleepers as isolation facility
Thailand
General

Bangkok to use sleepers as isolation facility

Fifteen sleeping carriages at Bang Sue Grand Station will be used as an isolation facility for Covid-19 infected people. The facility is expected to receive patients on July 30. (Photo: Pattarapong Chatpattarasill)

Bangkok governor Aswin Kwanmuang on Tuesday went to the maintenance depot at the station to check whether sleeping cars could be used for the purpose. Sompong Wiangkaew, his adviser, State Railway of Thailand (SRT) governor Nirut Maneephan and executives of Navamindradhiraj University accompanied him.

Treating the rising number of infected people in the capital is the priority of the Bangkok Metropolitan Administration (BMA), wrote the governor on his Facebook page.

He surveyed the depot at Bang Sue Grand Station after the initiative was supported by the SRT and Navamindradhiraj University.

After the survey, he decided 15 sleeping carriages could be temporarily turned into an isolation facility. Since 16 beds can be fitted in each car, the facilty will have 240 beds in total, said the governor.

Mosquito screens will be fitted on the windows while water supply and electricity will be provided. More bathrooms will be set up outside the carriages, said the governor.

The facility is expected to be ready for patients on July 30, he said.

On Friday, the Bangkok governor said the BMA planned to open 53 community isolation centres by early next month for Covid-infected people waiting to be admitted to hospitals. 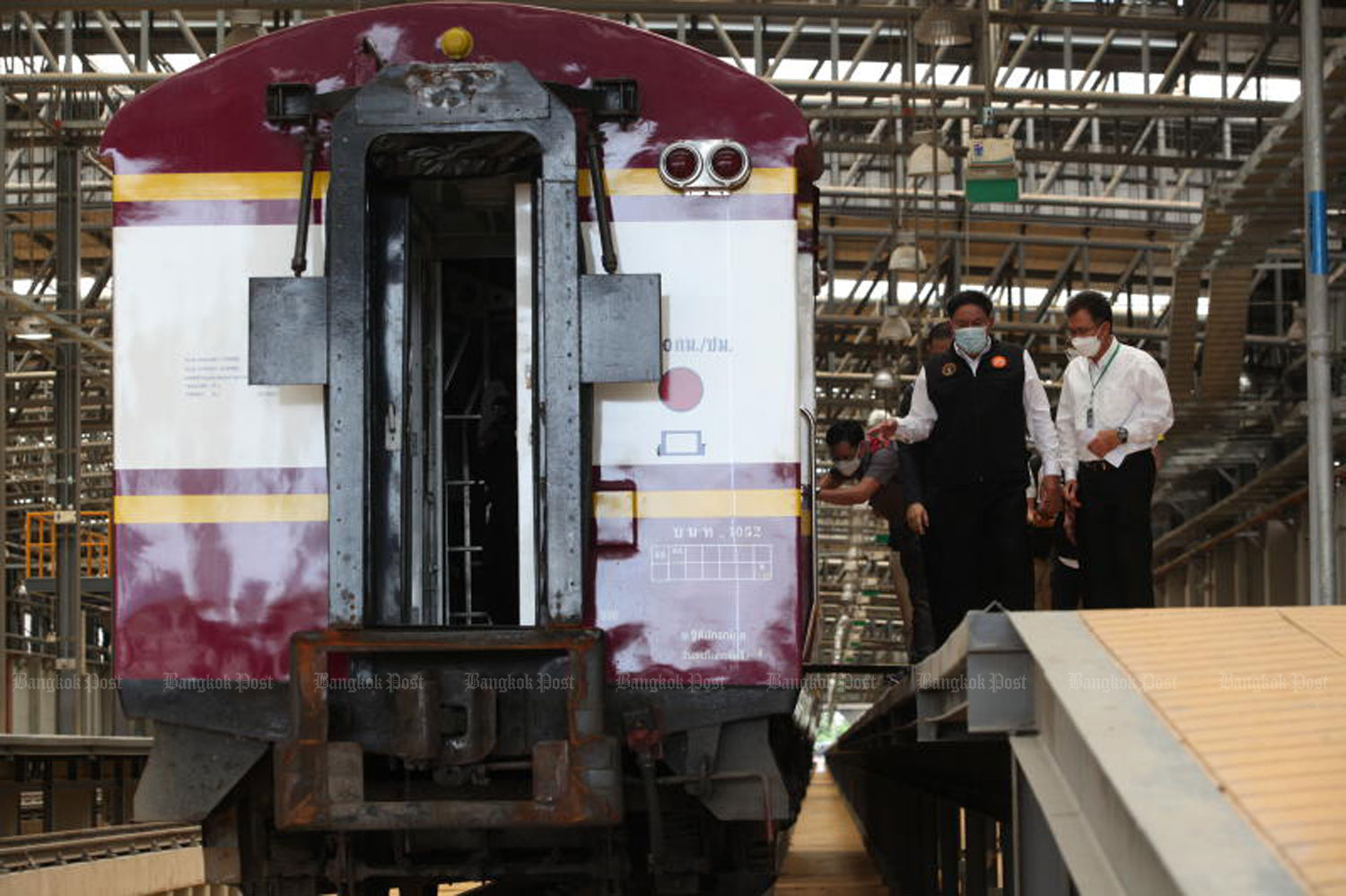