Average monthly water volumes from 2015 to 2021 compared to the highest and lowest flow rates in the past 80 years.

Hydroelectric company Xayaburi Power has said that the flow rates of the Mekong river have been affected by Tropical Storm Cempaka and the volumes discharged from the run-of-river Xayaburi Hydroelectric Power Plant reflect the natural flows.

The rise can be attributed to Tropical Storm Cempaka, which has now weakened into a tropical depression, bringing heavy rain to Northern Vietnam and the Gulf of Tonkin during the past few days, coupled with the scheduled release of water from the Nam Ou Hydropower Dam.

It was expected that from yesterday, the power plant would record 7,200 cubic metres per second in the volume of water passing through its system, which will then gradually drop to 6,400 and 5,600 cubic meters per second today and tomorrow, respectively.

“The power plant is managed in such a way that it releases the same amount of water downstream as the natural flow that goes into the power plant," said Mr Thanawat.

According to the company, a comparison of the average monthly volumes of water passing through the power plant against the highest and lowest flow rates over the last 80 years (1940-2020), dating back to the period prior to the establishment of the power plant, demonstrates that the current volumes are within the recorded range and that flow rates can vary, with higher volumes in wet years and lower in dry ones. The average volume of 2021 is projected to be similar to that of 2018 which was recorded as a wet year. 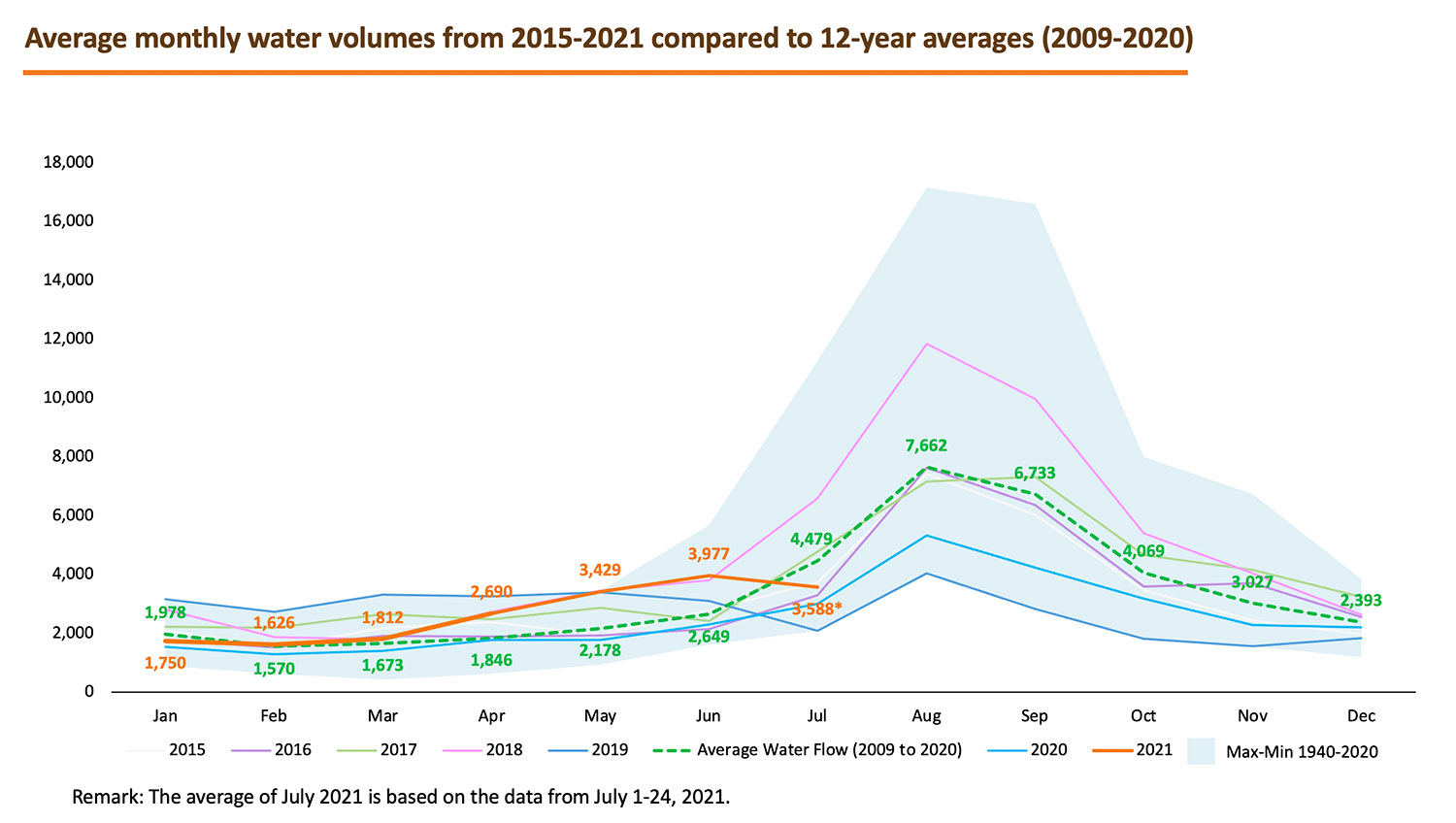