The monarch has a keen interest in daily meditation, dhamma studies, Buddhist history, and even learns Pali and an alphabet for translating ancient texts invented by King Rama IV

His Majesty King Maha Vajiralongkorn Phra Vajiraklaochaoyuhua has played a pivotal role in the protection and promotion of Buddhism. He is not only a chief patron, but also a dedicated learner with a deep abiding faith.

The King took a vow to become a Buddhist in 1966 when he was His Royal Highness Prince Vajiralongkorn, prior to his departure to study in the UK. He was ordained as a monk in 1978 and stayed at Wat Bowon Niwet Vihara for 15 days during which he strictly adhered to the monastic life, diligently studied dhammavinai and engaged in religious activities.

His Majesty has developed a keen interest in Buddhism from a young age and taken part in religious activities through the years. However, his profound interest in Buddhist teachings has been revealed recently when he issued a card to mark Visakha Bucha Day on May 26, an important day for followers of Buddhism all over the world.

The card depicts his best wishes for Thais on the occasion and his drawings on the Sufficiency Economy philosophy of His Majesty King Bhumibol Adulyadej The Great.

According to a news bulletin of the Royal Office, His Majesty has offered further explanation about the Sufficiency Economy philosophy. Based on philology the term means "sufficiency is a noble deed."

It forms a basis of a way of living anyone can observe and sustain. The Sufficiency Economy philosophy's three core elements -- moderation, reasonableness, and self-immunity -- are equivalent to the threefold training in Buddhism known as tisikkha, which comprises sila (right conduct), samadhi (meditation) and panna (wisdom). 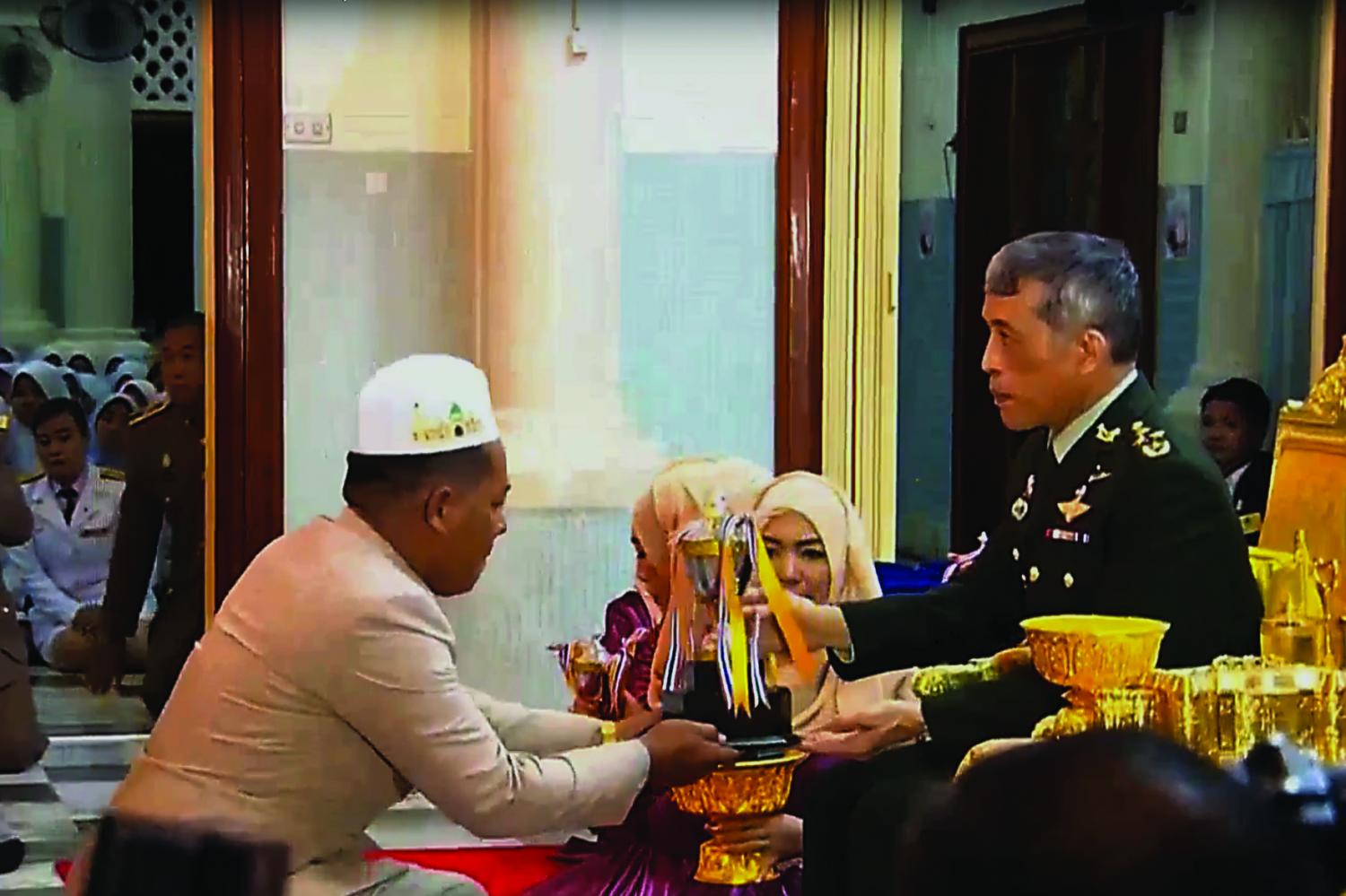 Maintaining the right conduct involves leading a life in a way that does not cause harm. Meditation involves the right effort and focus, resulting in self-immunity. Wisdom is integral to development and reasonableness.

His Majesty's depth of interest in Buddhism was also disclosed by senior monks who are invited to perform religious ceremonies and mentor him in his Buddhism study. The monarch has a great interest in dhamma especially meditation, and sets aside time for mindfulness practice.

According to Luang Pu Suthat Kosalo, abbot of Wat Krajomthong in Nonthaburi, the King invited him to "question and answer" dhamma sessions on May 7-8 in the royal palace with a focus on kammatthana meditation.

His Majesty practices meditation and is able to engage attention and awareness for a sustained period, the monk said.

Phra Vachirayankosol (Khom Apiwaro), a senior monk at Wat Pa Thammakhiri in Nakhon Ratchasima, shared the King's religious duties and mindfulness practices in a media interview on May 22.

The interview was broadcast on Radio Thailand and livestreamed on Facebook, after the monk, along with others, performed religious activities at Amporn Sathan Residential Hall at Dusit Palace on May 19, a Buddhist holy day.

The monk was asked to stay and give a dhamma lecture after the ceremony. The topic was the training and power of the mind and the stages of vipassana meditation. His Majesty also asked him about the historical background of Buddhism.

According to the monk, the King embraces both forms of meditation, kammatthana and vipassana, and practices it on a daily basis. Each session lasts about an hour and sometimes two hours. His Majesty also spent one hour and 55 minutes on 38 chapters of Buddhist chanting.

Phra Vachirayankosol, who said he asked the King's permission to share his dhamma practices with the public, also quoted the monarch as saying that a day without meditation practice was deemed a day incomplete. 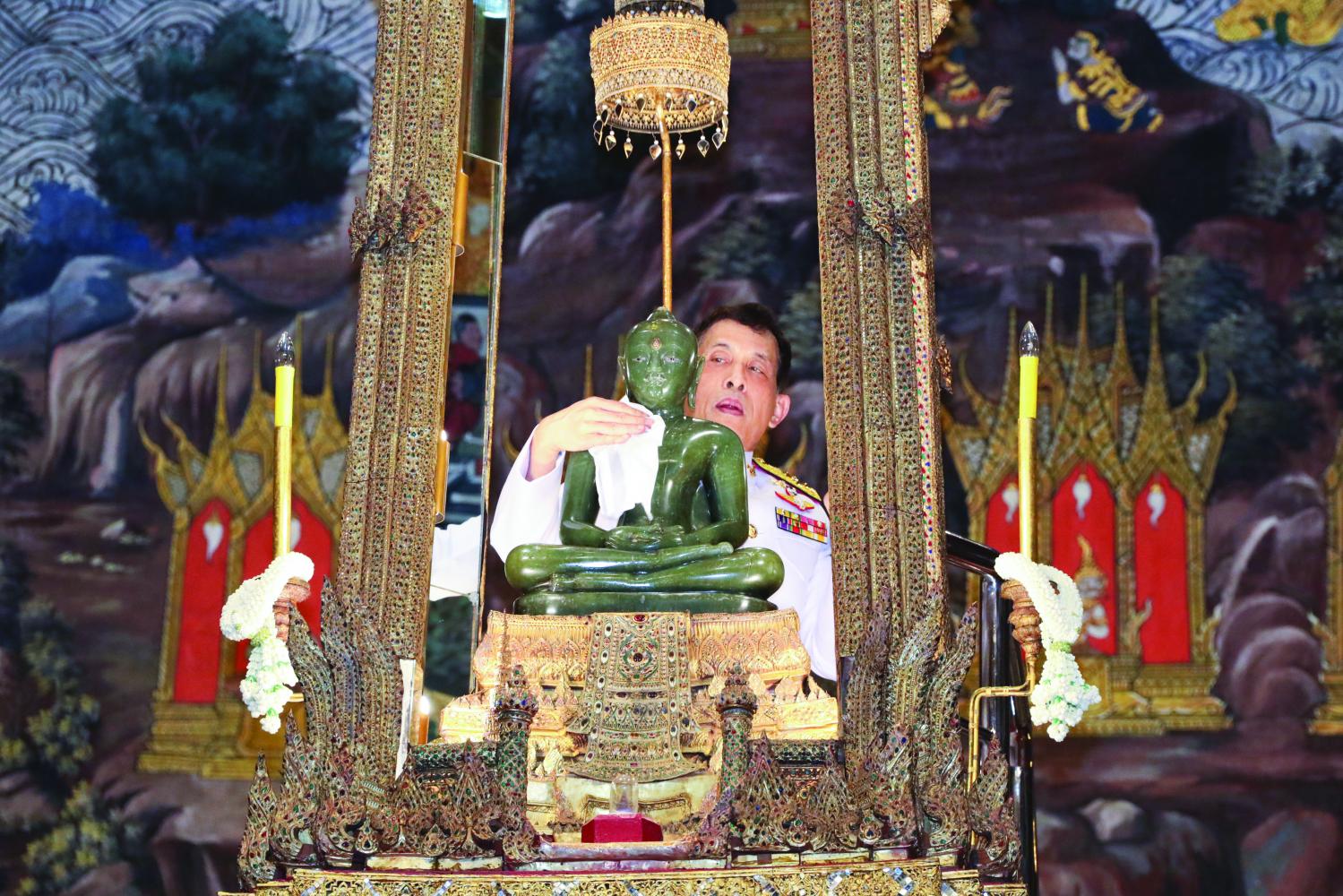 His Majesty's interest in Buddhism has expanded to cover Pali language and the Ariyaka alphabet, which was invented by King Rama IV for writing Pali to replace the ancient Khmer alphabet, according to the monk.

The King is also interested in the Sutta Pitaka, discourses of Buddha and his close disciples, and Jitta Nakhon, a book written by the late Supreme Patriarch Somdet Phra Nyanasamvara.

He has studied the Pali language, known as a key to the Buddhist scriptures, or tipitaka, which are recorded in Pali, and written moral lessons in Pali along with Thai translations for distribution to palace officials. The Pali lessons are provided by Phra Dhamma Rachanuwat, a Pali scholar from Wat Molilokayaram in Bangkok Yai district.

These lessons are provided by Phra Anil Dhammasakiyo of Wat Bowon Niwet Vihara, according to Phra Vachirayankosol. His Majesty has also discussed dhamma with several other learned monks on a regular basis.