Trafficking patterns shifting during pandemic, with more drugs arriving via Laos to be transported from Isan

Some of the 1,673 bars of compressed heroin seized from a 40-year-old man at a resort in Nakhon Phanom are shown at a briefing held by authorities on Friday. (Photo: Pattanapong Sripiachai)

During questioning, the suspect claimed he had been hired for 5,000 baht to pick up the heroin in Ban Phaeng district of the northeastern province to deliver to a transnational drug gang. The drugs would be transported to southern Thailand and them shipped abroad, he reportedly told police.

Pol Lt Gen Yanyong said it was the largest haul of heroin seized in the Northeast this year. The drugs had a street value of at least 2 billion baht.

Officers from several agencies helped track down the suspect, he added.

The notorious Golden Triangle remains the source of most of the drugs trafficked in the region, and the trade has been thriving despite the pandemic. The UN Office on Drugs and Crime also noted in a recent report that more shipments, especially those involving methamphetamines, are coming into Thailand via Laos instead of Myanmar as before.

The investigation would be extended to bring members of the drug network and the mastermind to task, said Pol Lt Gen Yanyong. 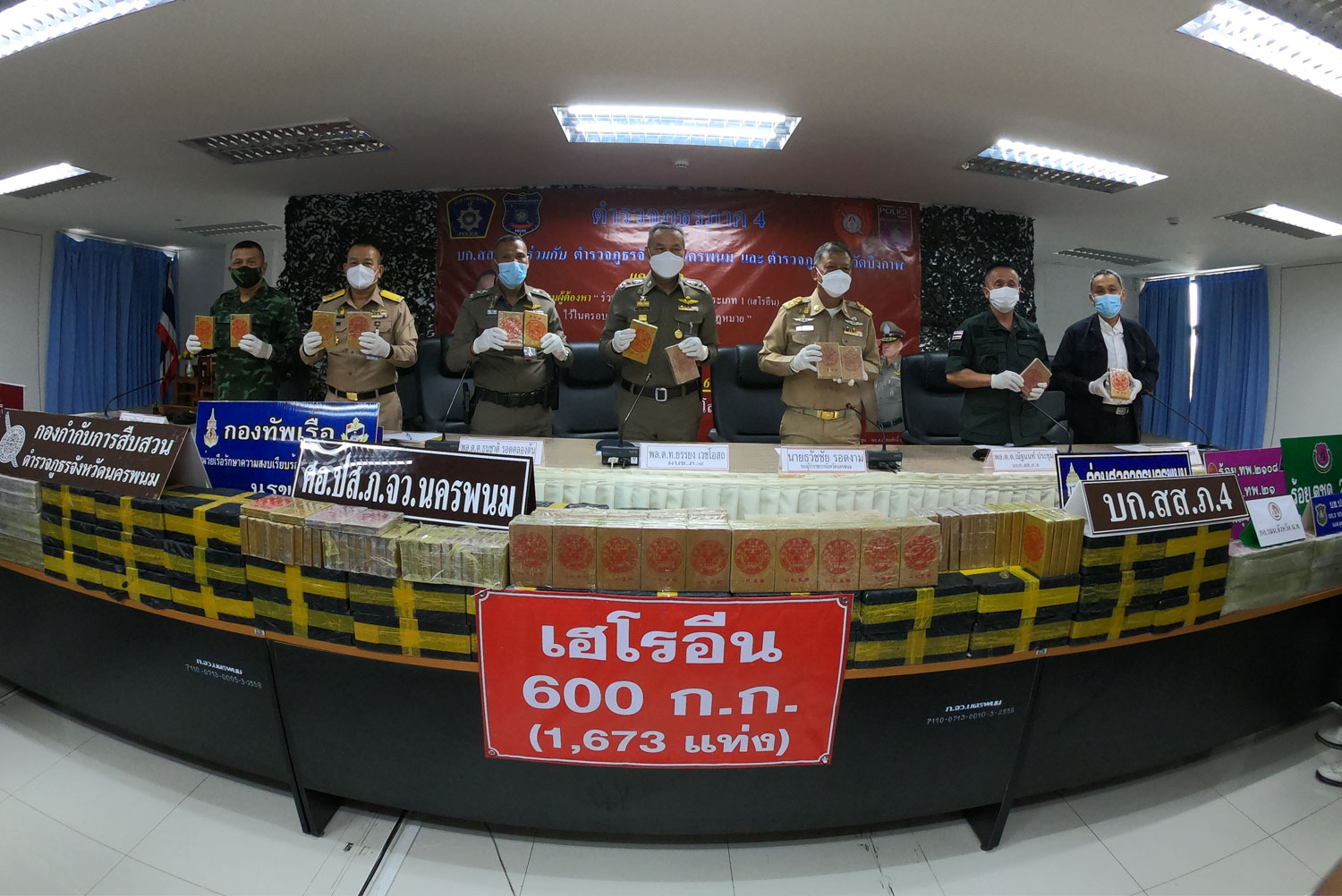