Workers from the Pattaya City Municipality clean a road near Lan Pho Old Market, a well-known seafood market in Pattaya, and its vicinity in Bang Lamung district on Friday morning. (Photo:@Prpattayacity Facebook page)

The six new deaths brought the total to 126, the provincial public health office said in an update posted on its Facebook page on Saturday.

Most of the new cases caught the disease from family members (213), followed by colleagues (97) and infected people close to them (42).

Another 21 cases had at-risk jobs while 14 got infected from workplaces. A new cluster at Dae-A Electronics (Thailand) Co Ltd in Ban Bung district found 12 cases. Another three cases were medical workers. Two had been to Bangkok and Khon Kaen.

Another 315 people came into contact with previously confirmed cases and were still under disease investigation. The remaining 343 cases were being investigated, the provincial public health office said. 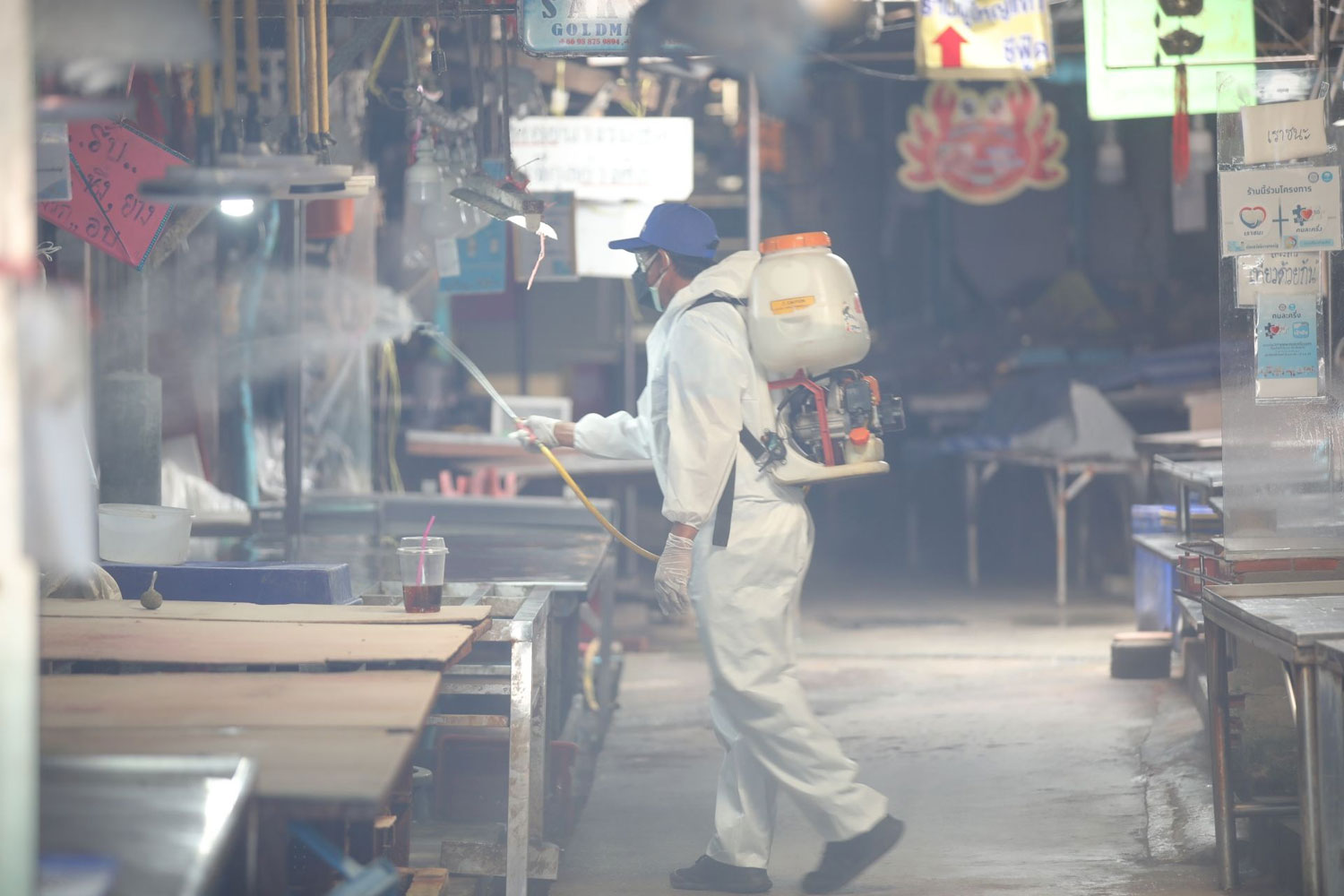