Unmanned crossing had lights but no barrier

Police inspect the wreckage of a car after it collided with a train on Friday evening in Bang Klam district of Songkhla. The driver was badly hurt and died later in hospital. (Photo: Assawin Pakkawan)

SONGKHLA: A volunteer ranger who was seriously injured when a passenger train rammed into his car at an unmanned rail crossing in Bang Klam district on Friday evening was pronounced dead on Saturday.

The crash occurred at the crossing behind Bang Klam Hospital in tambon Bang Klam, when the car drove through the crossing and into the path of a Chumphon-Hat Yai train. The crossing had lights but no barrier.

The force of the crash threw the car about 20 metres away from the tracks. The driver was seriously hurt but the train had no damage, said police.

The driver, identified later as Ancharin Thongchum, 23, was pronounced dead on Saturday. He was based at the 42nd ranger unit in Yaring district of Pattani and was on leave before the fatal crash.

According to the initial police investigation, the car driver might have not noticed the train, or he might have driven at high speed and failed to apply the brakes when seeing the approaching train. Police are coordinating with railway authorities to find the exact cause of the crash. 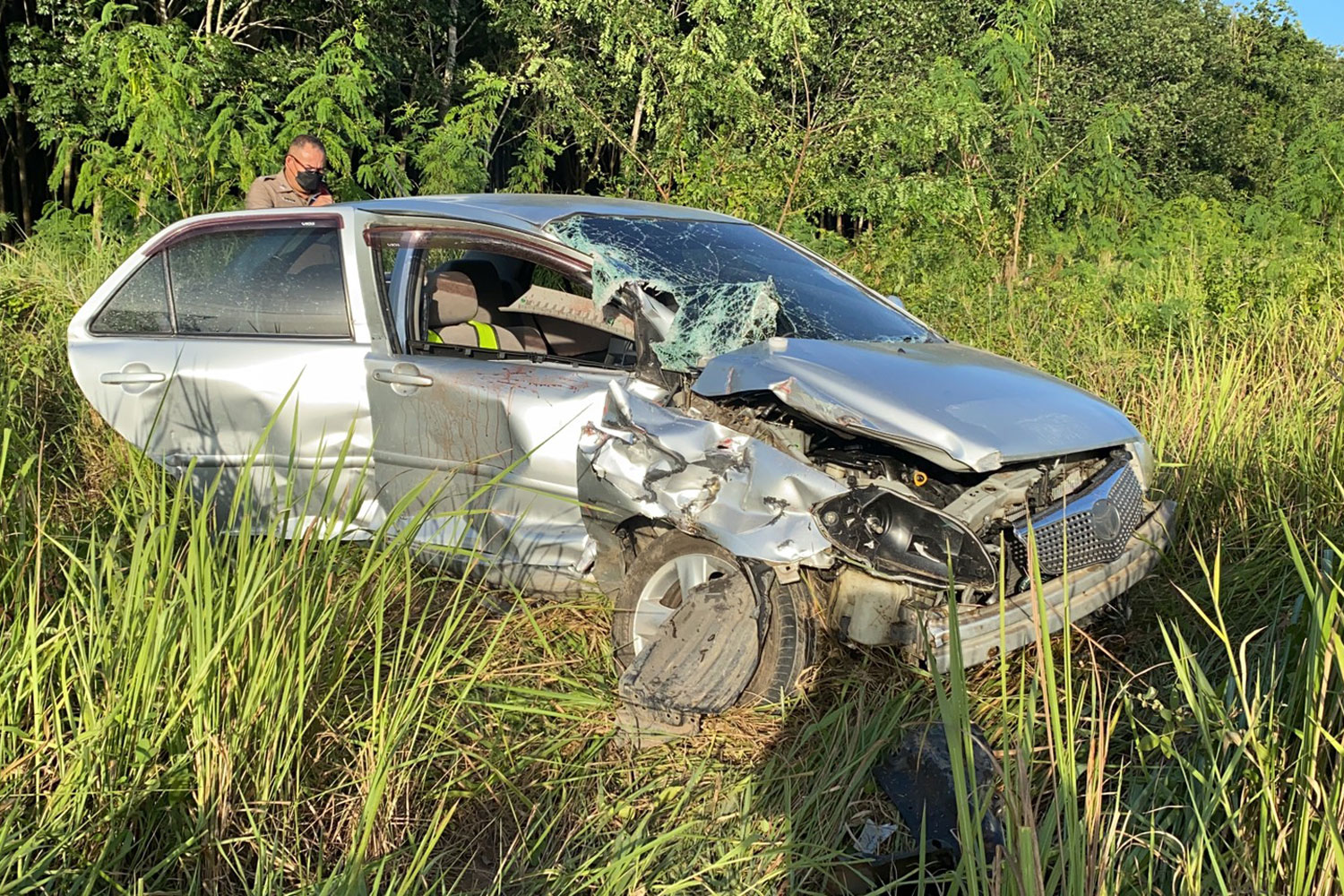