Covid-19 infections in Bangkok remain a serious concern although the curve could be brought down with further mass testing rounds in the next two weeks, says the Public Health Ministry.

The latest mass tests in the capital and surrounding provinces were carried out by 41 teams of 400 doctors and medical workers between Aug 1-10, according to Yongyot Thammawut, deputy public health permanent secretary.

Of the 141,516 people tested using antigen test kits, 15,588 were initially found to be infected. However, the number dropped to 15,074 after the sick went through an RT-PCR test method. 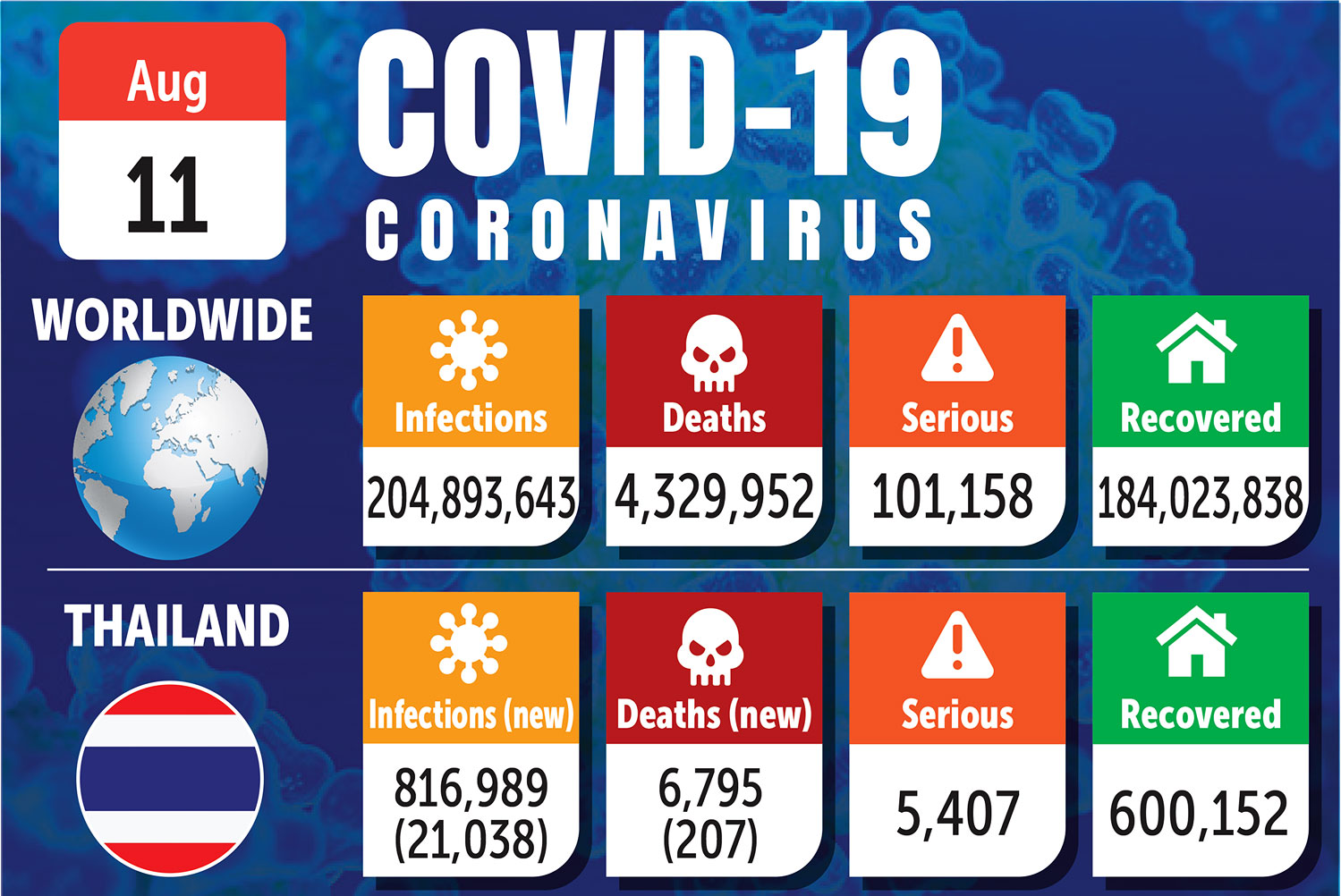 Of those testing positive for the virus, 10,839, or 69%, exhibited little or no symptoms and 4,427 were in the "amber" group, in moderate condition. A total of 323 people were diagnosed with severe symptoms.

He said 3,509 people were given the fa talai jone (green chiretta) medicinal herb and 8,939 with the antiviral drug favipiravir.

The medical workers who performed the tests, also known as the Comprehensive Covid-19 Response (CCR) teams, managed to cover 100 communities including crowded areas and condominiums.

"What we gathered from launching the tests shows the transmission in Bangkok remains a serious concern.

"It tells us there are still many people sick with Covid-19, and who have no access to testing. We need to press on with mass testing," the deputy permanent secretary said.

If the CCR teams, joined by Rural Doctors Society (RDC), could continue with the testing in Bangkok for the next two weeks, infections, in general, could be lowered, he said.

It would allow the sick to undergo treatment and be kept from others, which would reduce transmission and prevent their conditions from worsening. Many fatalities could also be averted.

However, Dr Yongyot said it was unclear if or when the CCR members from the provinces, a reference to the RDC, would be available to participate in further testing in Bangkok.

The RDC has taken part in similar campaigns in the capital twice before, from July 14-16 and July 21-23.

Meanwhile, the Bangkok Metropolitan Administration's Medical Service Department said on Wednesday a doctor at the Chroenkrung Pracharak Hospital in Bang Kholaem district has died from Covid-19.

The news of her death was confirmed by Suksan Kittisupakorn, director of the department.