BURI RAM: A 24-year-old man was shot dead and three other people arrested during a clash with police in Prakhon Chai district on Friday, and 8,000 methamphetamine pills and 200 grammes of crystal meth seized.

Thaweechai Songsee, 24, of tambon Khok Ma in Prakhon Chai district, was killed by a gunshot wound to his body in a rice field in tambon Salaeng Thon of this district, Pol Capt Wan Sae Tang, a duty-officer at Prakhon Chai police station, said.

The clash occurred about 8.30am.

There was a single-shot handgun found near Thaweechai's body and two cartridges in his pocket.

Three other suspects were caught, two men aged 20 and 25 and a 17-year-old girl. Another  two men fled.

A bag left at the scene contained 8,000 meth pills and 200 grammes of crystal meth.

The three suspects were taken to Prakhon Chai police station for interrogation and legal action.

Pol Lt Col Niwat Ardthawang, deputy chief of Prakhon Chai police, said a team had been sent to the area after receiving information a drugs delivery was planned there.

Two cars were found parked at the entrance of a path leading into some trees.

Police saw some people walking out from the bushes, one carrying a bag. When police confronted them, they dropped the bag and fled.  Three were caught. Two men managed to flee.

Another man, later identified as Thaweechai, fled along another path to a paddy field, When police gave chase the man fired a gun at them, according to Pol Lt Col Niwat, who also said he fired one shot in return. The bullet hit Thaweechai and killed him.

Police said Thaweechai had a prior criminal record for drug offences and weapons  possession. He had been involved in an attempted murder, according to police. 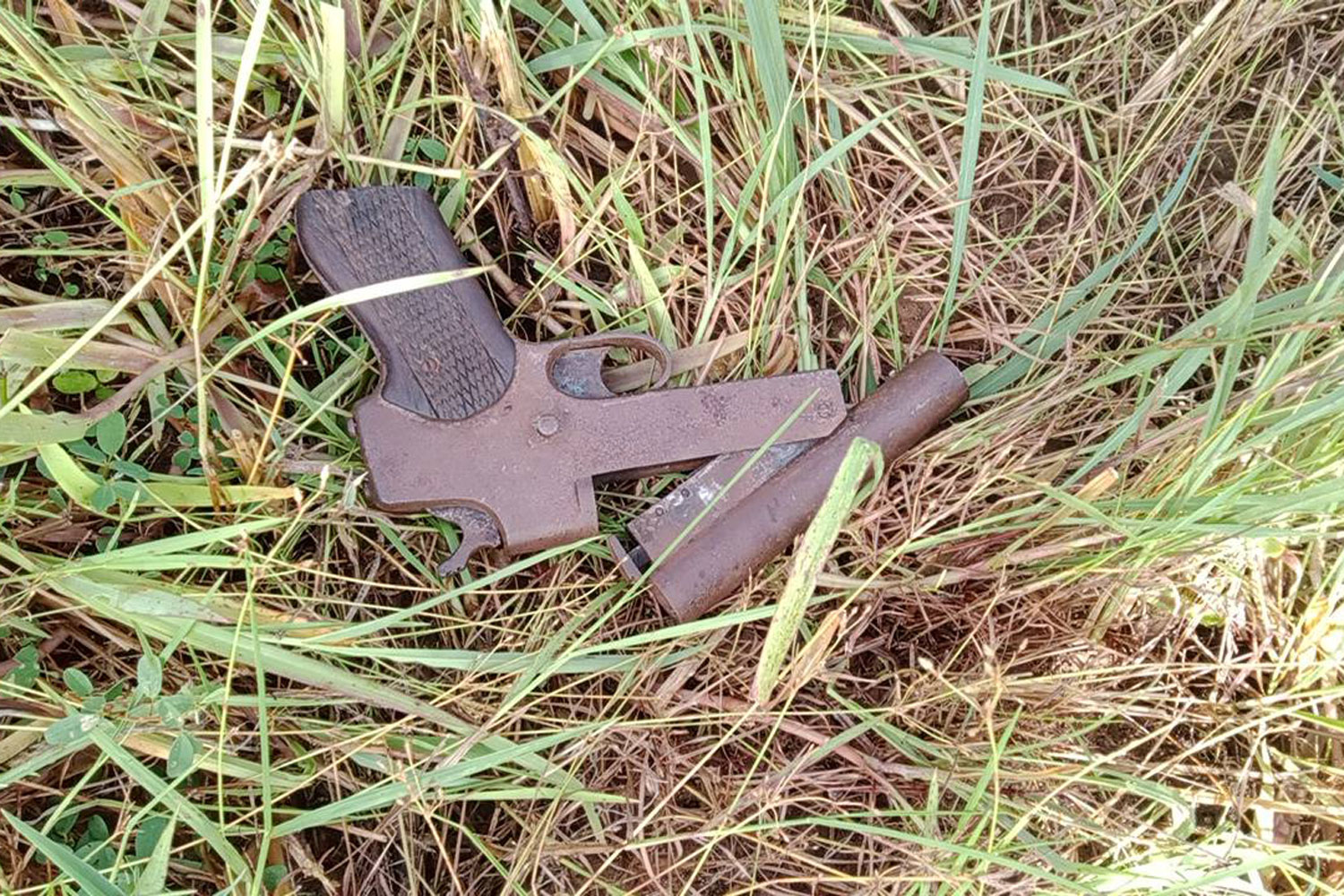 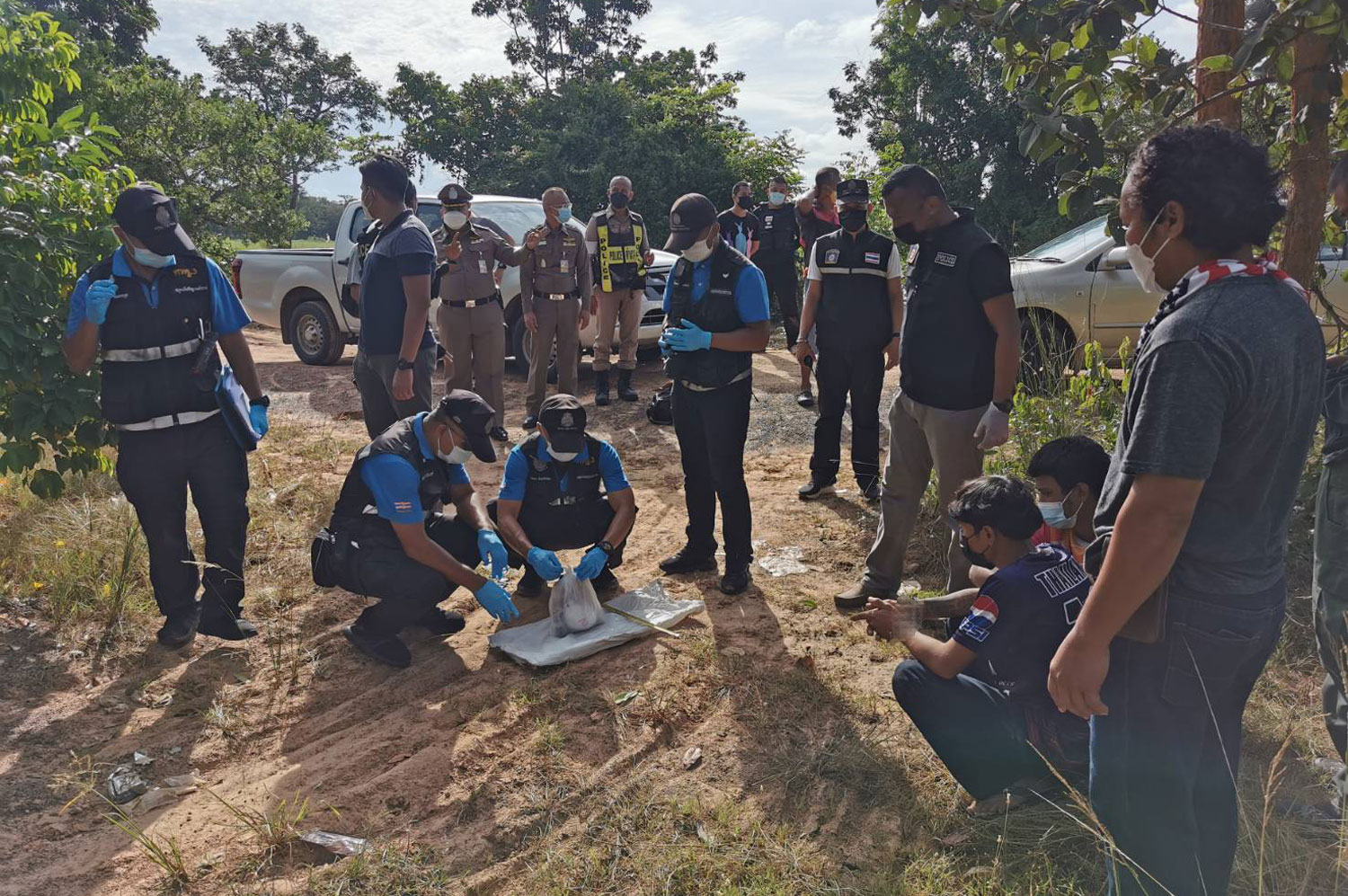