NAKHON PHANOM: A lone woman held in connection with eight home break-ins has told police she was desperate for money after losing her job in Bangkok because of the pandemic.

Jinthana Khiewkha, 26, of Sri Songkhram district, was arrested at a rented house in the Muang municipal area, where almost 100 stolen items were seized. They included cash, Buddha amulets, cameras, mobile phones, gold necklaces and other valuables.

The arrest followed complaints by residents whose houses in tambon Nong Saeng of Muang district were burgled between Aug 5 and 12. Eight houses in all were hit, said Pol Col Natthawit Ratchakaew, chief of Muang police.

Investigators traced signals from one of the stolen mobile phones that shed light on the whereabouts of the burglar, he said.

During questioning, Ms Jinthana admitted to the thefts, police said. She told police that she had worked in Bangkok before losing her job due to the Covid outbreak. She and her husband later divorced and she returned to her home province in Nakhon Phanom with three children on July 19.

She said she had rented a house and looked for work, but no one was hiring because of the sluggish economy.

On her daily motorcycle rides as she looked for work to find money to feed her children, she noticed that several houses in the area were empty. She used a knife to force open the windows in each house to steal cash and valuable items, police said.

She kept all the stolen items at her rented house and gradually sold some of them to finance the daily expenses of her family. She told police she committed the break-ins as she had been left with no other choice.

Police contacted the victims to check their assets. The suspect has been charged with burglary and theft and is being held in police custody. 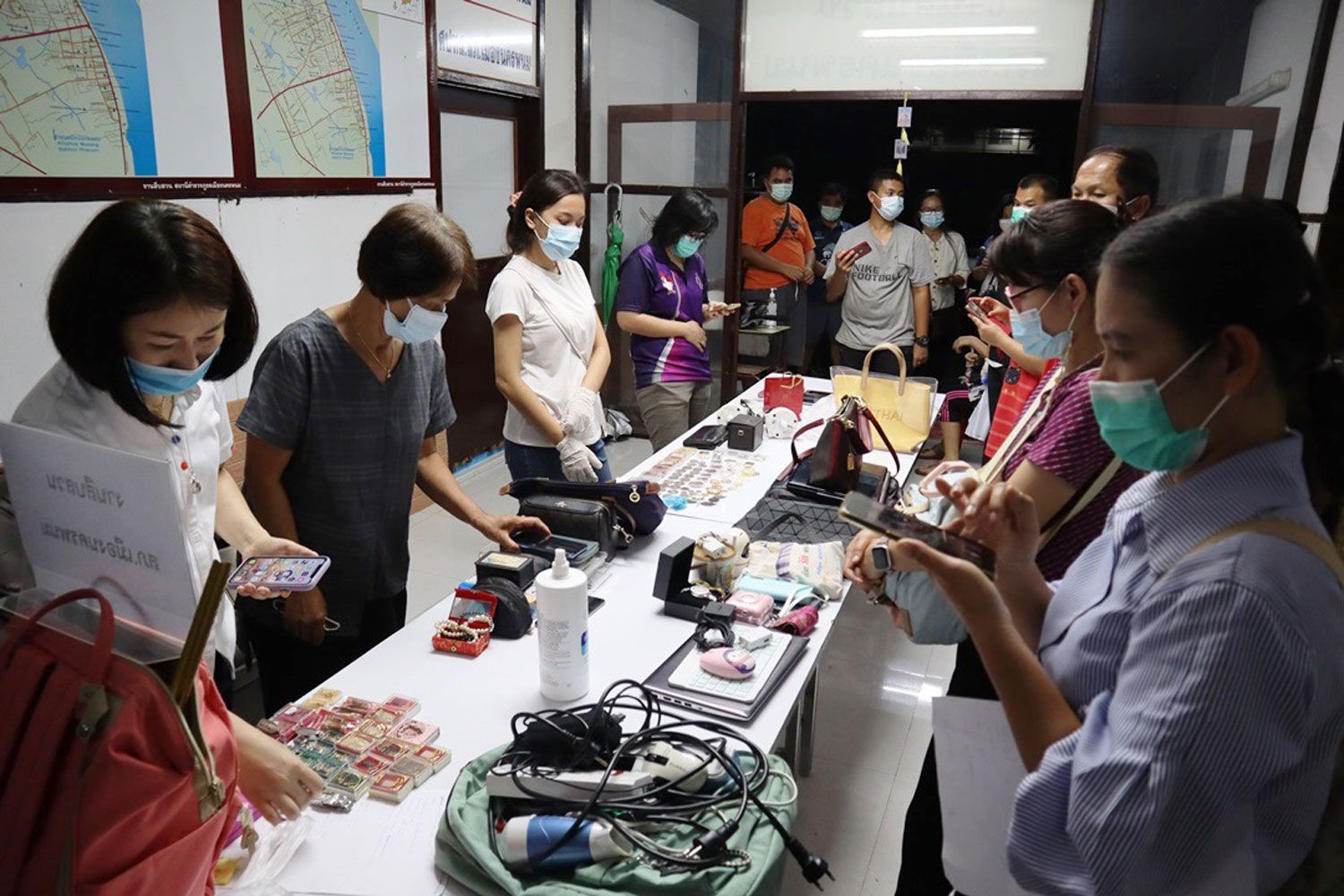 People whose houses were burgled visit the Muang district police station in Nakhon Phanom on Saturday to check their valuables following the arrest of a serial burglary suspect. (Photo: Pattanapong Sripiachai)