A nurse shows the vial of the Covid-19 vaccine made by Pfizer-BioNTech for inoculation in Samut Prakan province on Sunday. (Photo: Arnun Chonmahatrakool)

The cabinet has approved 9.3 billion baht for funding an already signed contract to procure 20 million doses of Pfizer Covid-19 vaccines and acknowledged a proposal to purchase 10 million more doses of the same mRNA vaccine.

These procurement projects are part of a Disease Control Department's plan to procure all 100 million doses of various types of Covid-19 vaccines by the end of the year, said government spokesman Anucha Burapachaisri after the cabinet meeting on Tuesday.

"Altogether, Thailand now expects to have about 30 million doses of the Pfizer mRNA vaccine by the fourth quarter of this year," he said.

Mr Anucha said Prime Minister Prayut Chan-o-cha expressed his thanks to all agencies having a part in bringing the 30 million doses of the Pfizer mRNA vaccine to the country as well as those responsible for its nationwide distribution. 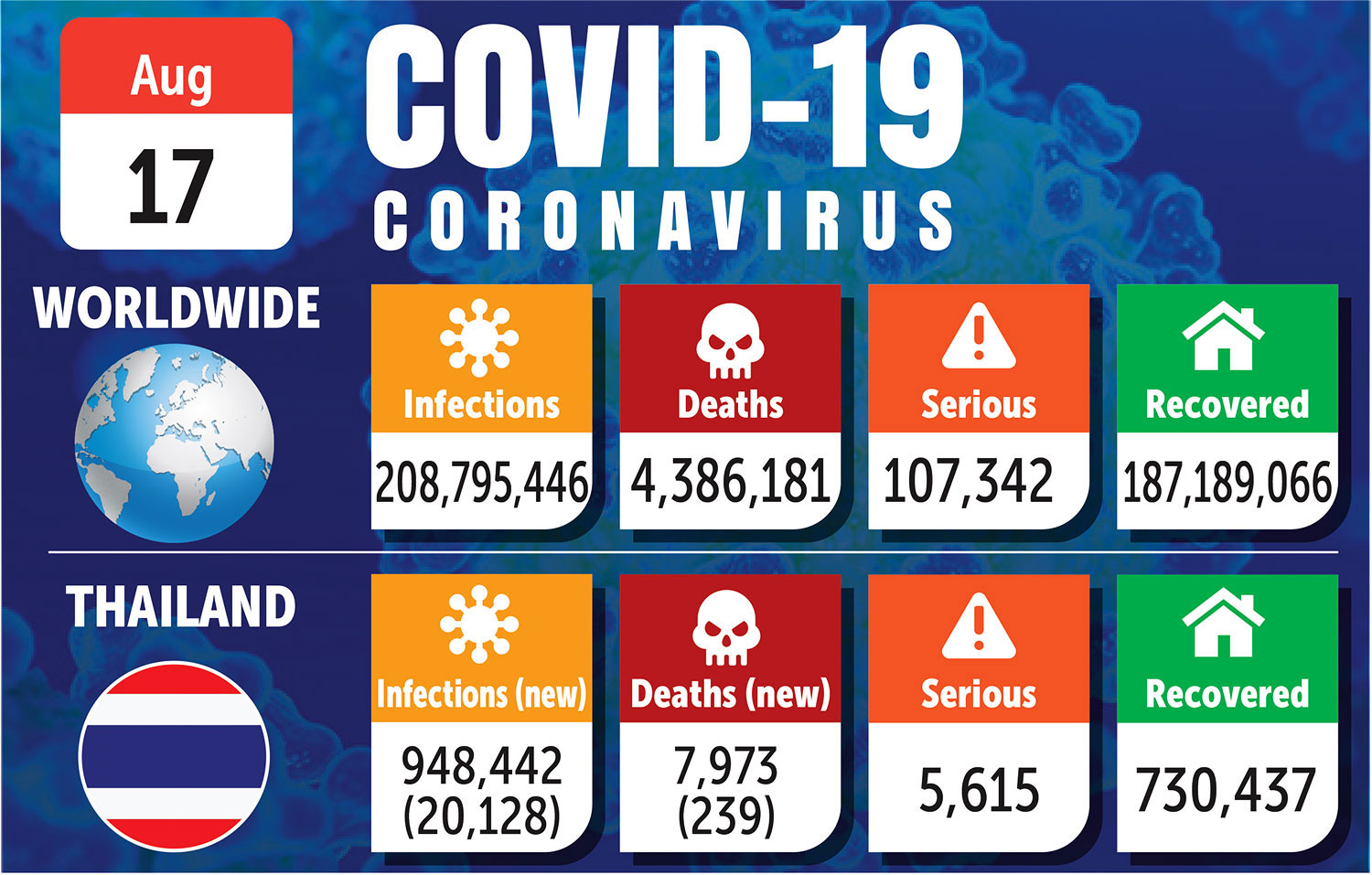 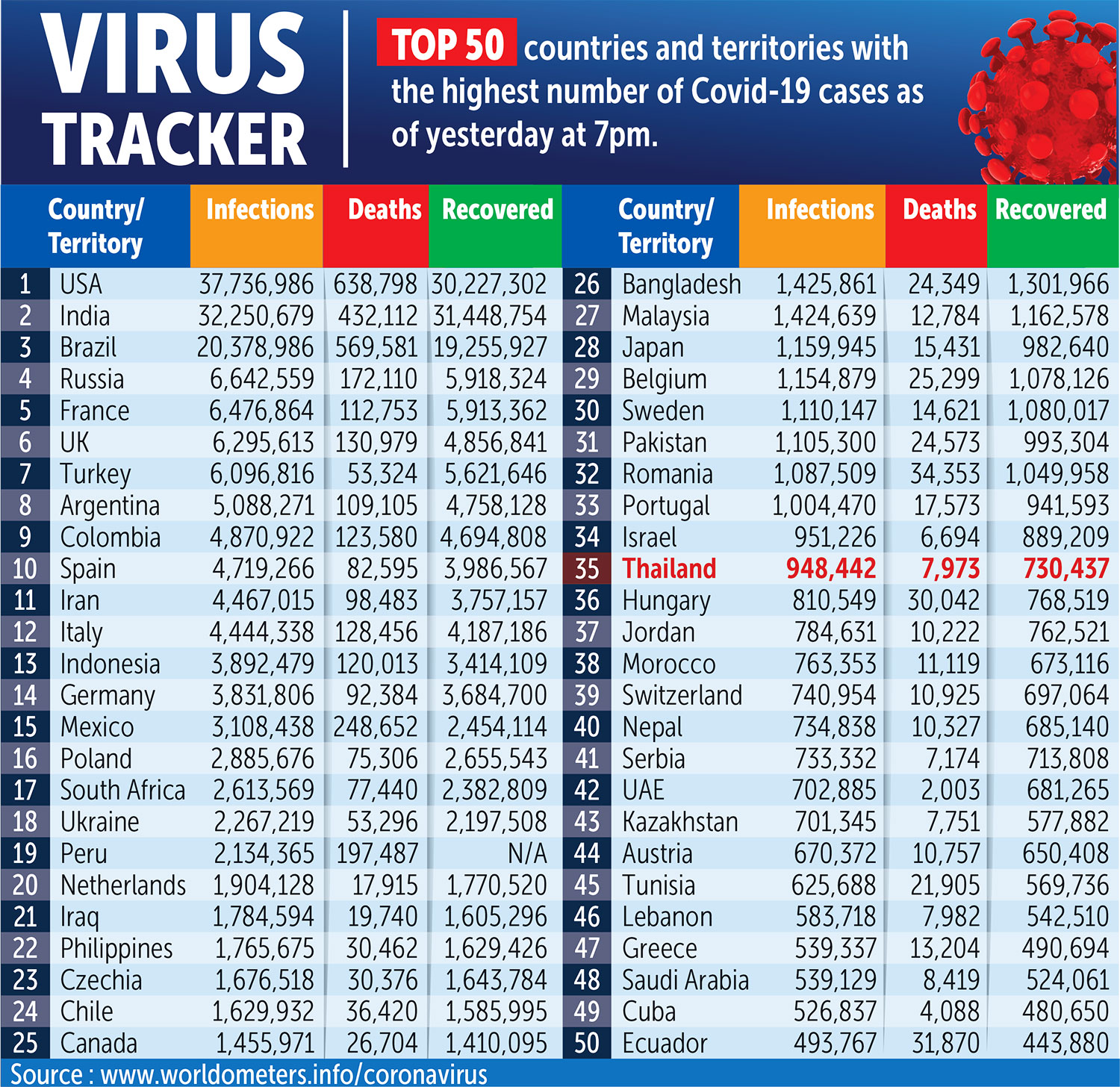 He said the cabinet also decided to sign an agreement with Bhutan which will donate around 130,000-150,000 AstraZeneca doses to Thailand and it acknowledged that Germany wanted to donate between 1,000-2,000 monoclonal antibody sets to Thailand.

The government's committee on Covid-19 vaccine procurement reported to a recent meeting of the Centre for Covid-19 Situation Administration (CCSA) about all existing vaccine procurement plans and updates on vaccine imports, details of which were released to the cabinet meeting.

The plan to purchase another 10 million doses of the Pfizer vaccine was also approved by the CCSA meeting, said a source.

According to the reported plans, since February a total of 84.22 million doses of Sinovac, AstraZeneca and Pfizer Covid-19 vaccines have been ordered.

Of this number, 24.92 million doses were delivered as of July, while the rest will arrive by December.

Of the 84.22 million vaccine doses, about 13 million doses of the Sinovac vaccine were delivered between February and July. A further 8 million Sinovac doses will arrive by December.

A total of 11.92 million AstraZeneca doses arrived in February, while the other 29.8 million doses are being delivered by December.

The 21.5 million doses of the Pfizer vaccine will be delivered by December.

A proposal to negotiate for a contract to procure about 26 million doses of the Covid-19 vaccine for next year via the COVAX Facility, was also discussed and approved at Monday's meeting, said the same source.

COVAX is a worldwide initiative aimed at equitable access to Covid-19 vaccines directed by Gavi, the Vaccine Alliance, the Coalition for Epidemic Preparedness Innovations (CEPI), and the World Health Organization (WHO).

In principle, a total of 120 million doses of various types of Covid-19 vaccine will be procured next year, including the mRNA vaccine, the viral vector vaccine, the inactivated vaccine, the protein subunit vaccine and the DNA vaccine, said the same source.

As for the management of the 1.5 million doses of the Pfizer vaccine donated to Thailand by the US, it was agreed at the same meeting that some adjustments should be adopted to make it more flexible to administer the 150,000 doses set aside for expatriates, said the source.

It was also agreed that diplomats aged under 60 and other groups of foreigners living in Thailand should also be included in this specific Covid-19 inoculation programme, said the source.