Covid-19 infections 'may have peaked'

The monitor shows Covid-infected people on Friday rest at a flood response centre which the Bangkok Metropolitan Administration turned into an isolation facility in Prawet district. (Photo: Apichart Jinakul)

Signs have emerged that suggest Covid-19 infections are about to level off despite a doctor warning the country could see up to 400,000 new cases.

Apisamai Srirangson, an assistant spokeswoman for the Centre for Covid-19 Situation Administration (CCSA), said there are encouraging indicators about the outbreak situation, noting that the number of new infections is no longer on a steep upward curve.

The rate of infections in Greater Bangkok is at 41% while it is at 59% in the provinces, and the trend is expected to continue, she said. However, she warned the public to keep their guard up because fully vaccinated people can still be infected.

"There are signs that the number of infections and fatalities are about to level off," Dr Apisamai said. "We hope the situation is getting better, and we must not make a mistake in this critical period." 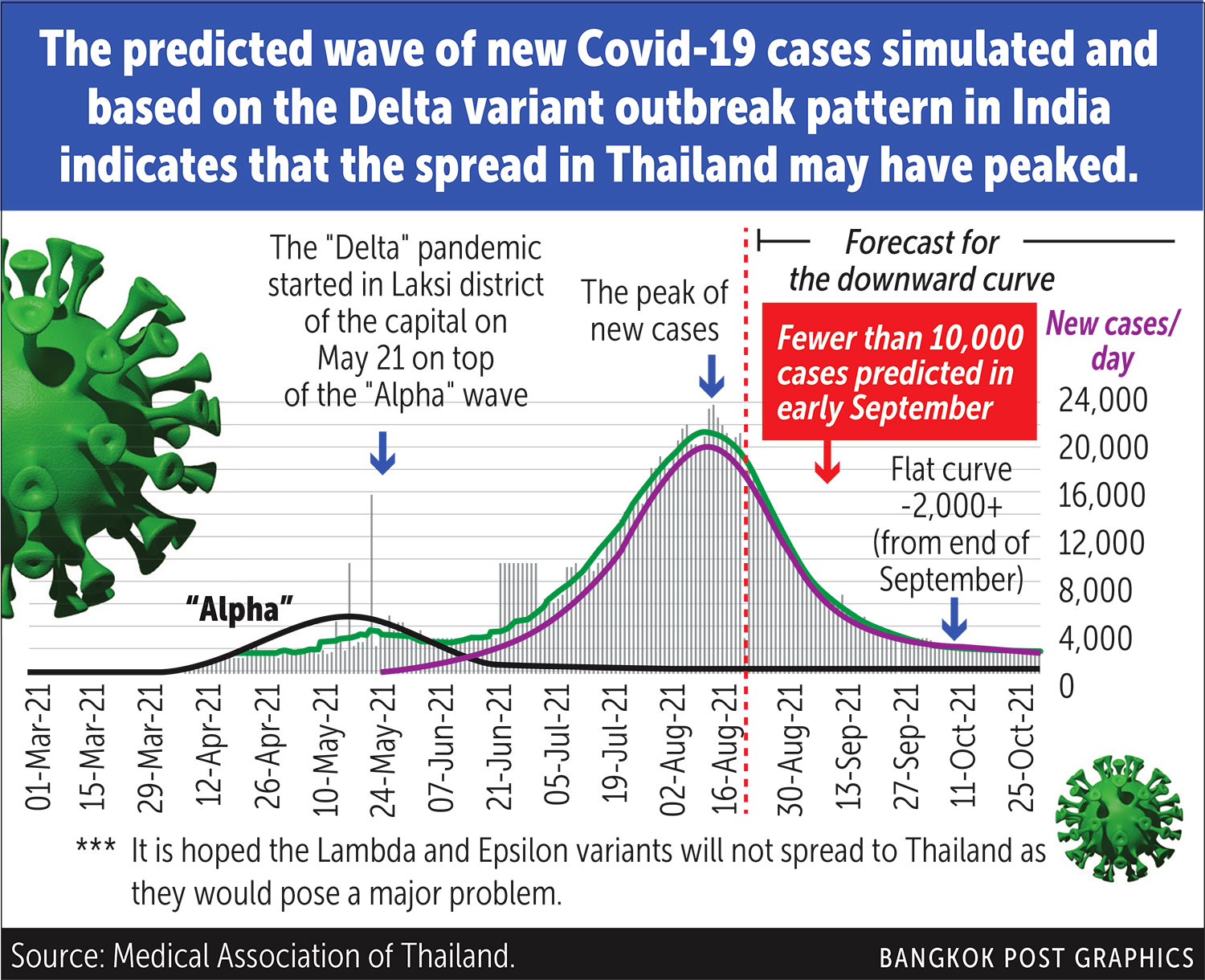 She said the home and community isolation programme has also freed up hospital beds for Covid-19 patients with more severe symptoms and reduced wait times for critically-ill patients in the past week.

According to her, there are 70 community isolation centres in Bangkok with 9,426 beds. Of these, 14 can provide standard RT-PCR tests and seven are equipped to treat some 1,000 patients showing mild symptoms, Dr Apisamai said.

However, the outbreak is far from over, he said.

He said his analysis is based on the number of local infections over the past two weeks, outbreak statistics from other countries and the nature of the outbreak, which will eventually start to slow down after its saturation point.

Dr Kampanat noted that the Delta outbreak in India saw daily infections of more than 400,000 cases before rapidly slowing down. Thailand may have passed the peak at 23,000 cases recently, he said.

He said the kingdom's vaccination programme played a vital role, no matter how messy it has been. Currently, a quarter of the population, or 18 million people, have had their first shot and the vaccine administration is gearing up for up to 500,000 shots per day.

However, he pointed out that the pandemic is not over.