A seven-month-old baby, two pregnant women, a 101-year-old person and an 88-year-old doctor were among 233 Covid-19 fatalities reported by the Centre for Covid-19 Situation Administration's (CCSA) on Sunday. 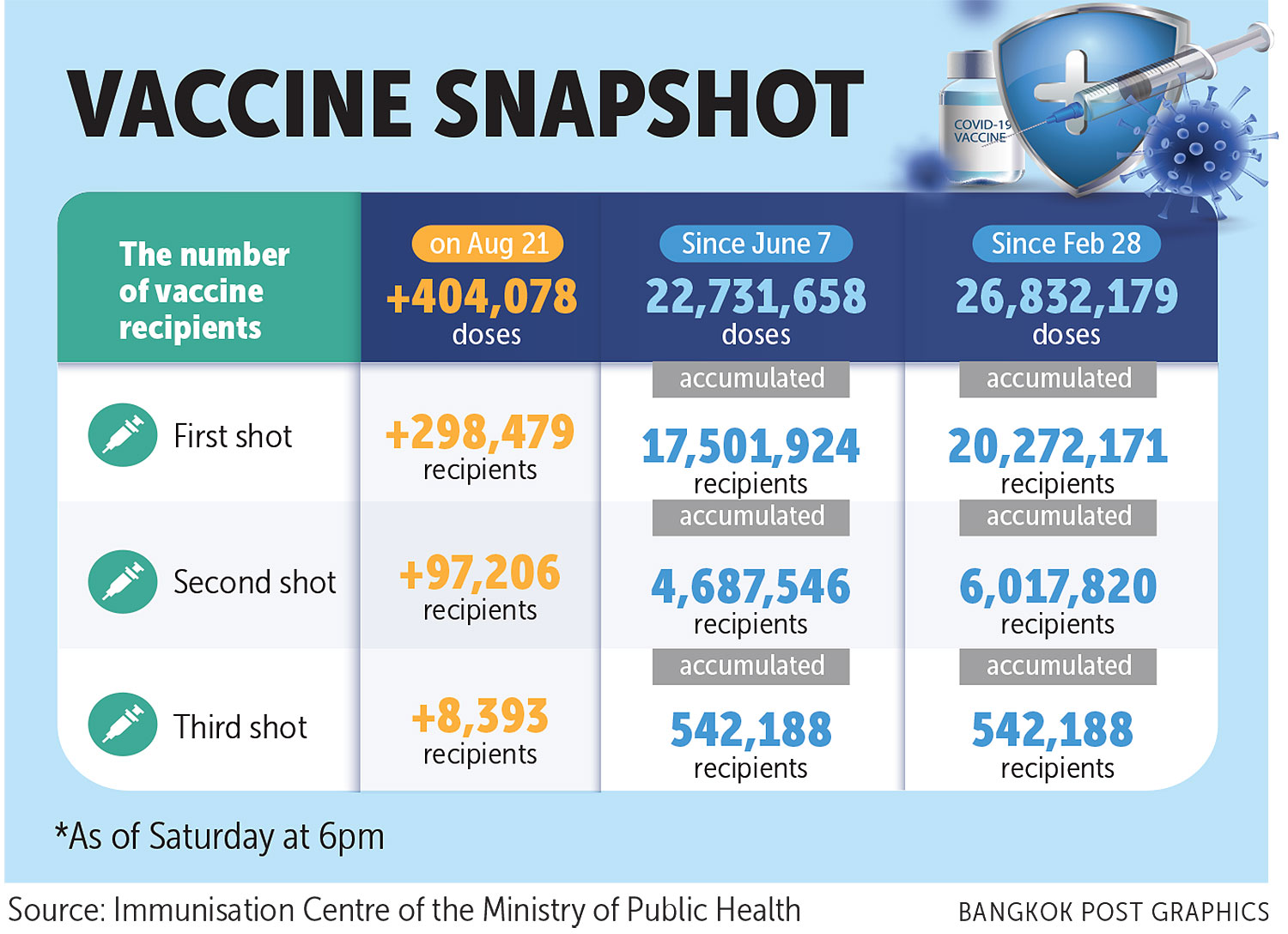 The CCSA reported that 155 latest deaths from Covid-19 were seniors aged 60 and over and 43 others had underlying health conditions. Both groups accounted for 85% of fatalities, while the rest had no known pre-existing health problems, it said.

The latest deaths included two pregnant women in Bangkok, a seven-month-old in Prachuap Khiri Khan, and an 88-year-old doctor in Bangkok, the CCSA said. Four people died at home: two in Bangkok and one each in Chachoengsao and Chumphon.

According to the CCSA, the country recorded 19,014 new Covid-19 cases yesterday, while 20,672 Covid-19 patients were discharged from hospitals in the past 24 hours.

Meanwhile, the Rural Doctors Society (RDS) said the number of Covid-19 infections was likely to be larger than the figures given by the CCSA.

The daily figures were based on RT-PCR tests, so those who tested positive using Antigen Test Kit (ATK) sets but did not take RT-PCR to confirm the results were unlikely to be included.

Even if the number of Covid-19 cases was likely to be higher, it was hard to say how many more.

It said if the country used ATK sets with high accuracy rates, doctors could be sure of the test results.

The RDS said its teams recorded about 20,000 new cases on average, compared with the official figure of 19,014 cases reported by the CCSA. It also pointed out that the number of RT-PCR tests was also lower than the capacity, at 52,845 cases per day on average when the testing capacity was about 100,000 cases per day.