Bombed freight train back in service

The special freight train from Bangkok to Sungai Kolok, during a stopover at Hat Yai railway junction in Songkhla on Tuesday morning. (Photo: Assawin Pakkawan)

SONGKHLA: The freight train that was bombed and raked with gunfire on Saturday is now back in service on the Bangkok-Sungai Kolok route.

On Tuesday, the train arrived at the Hat Yai railway junction in Songkhla at 7.30am. It departed Hat Yai for Sungai Kolok at 7.58am.

Railway police and defence volunteers were aboard the train, providing security.

The train, designated No 985 for the Sungai Kolok-bound trip and No 986 for the Bangkok-bound trip, is a special service carrying agricultural goods and parcels between Bangkok and Sungai Kolok in Narathiwat, to reduce transport costs for farmers affected by the Covid-19 pandemic.

The special service is scheduled to operate from Aug 26 to Oct 1.

On Aug 28, at 12.25pm, a bomb exploded on train No 986, heading for Bangkok from Sungai Kolok, when it was between Pa Phai and Tan Yong Mat stations in Narathiwat's Rangae district.

After the explosion, gunshots were fired at one carriage. The train and the rail track were damaged, but nobody was hurt. The attack briefy halted all train services in the area, while track repairs were made. 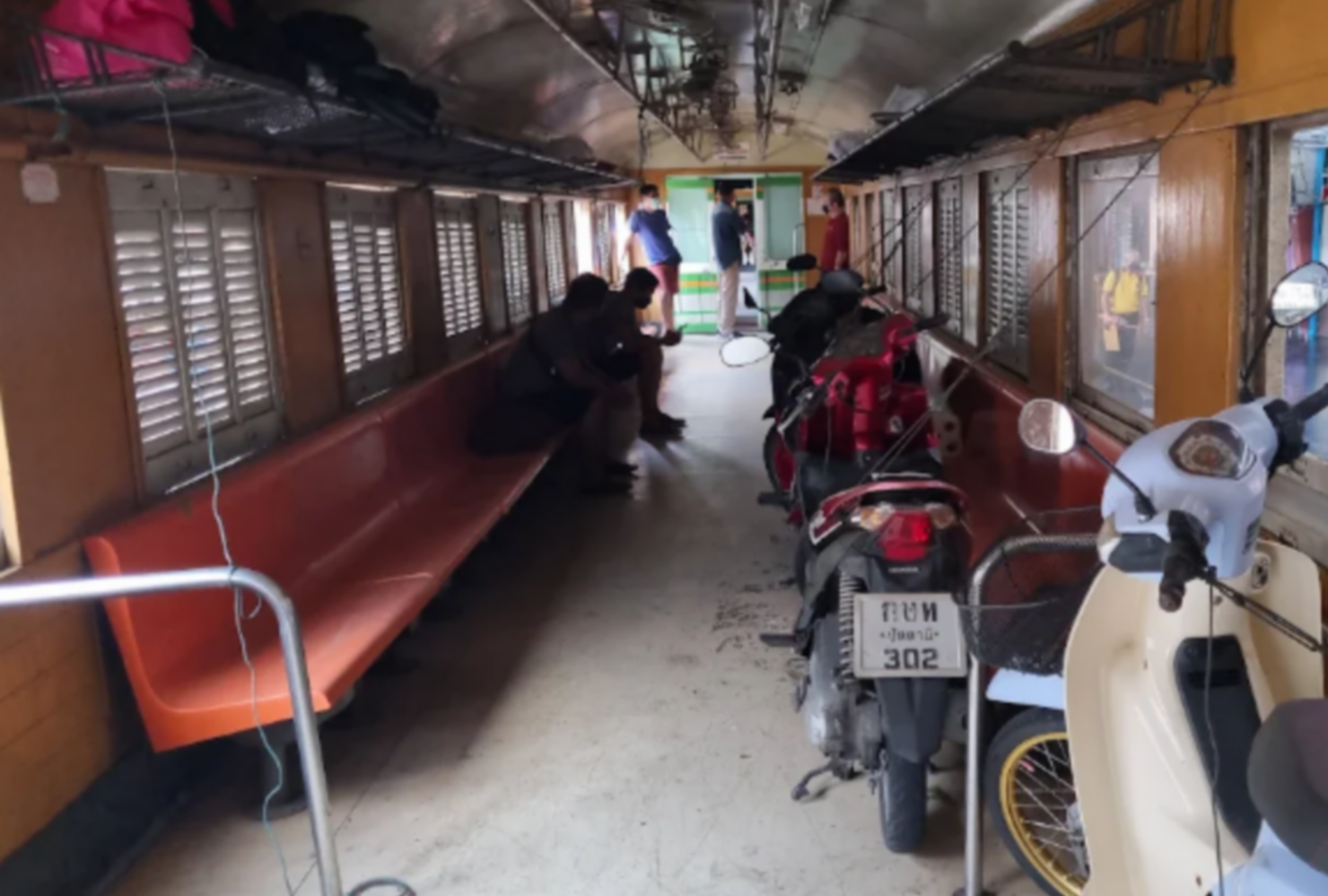 Inside a converted carriage of the special freight train, during its stop at Hat Yai.  (Photo: Assawin Pakkawan)