Pol Col Thitisan Utthanaphon, 39, the sacked chief of Muang district police in in Nakhon Sawan and prime suspect in the fatal torture case, rents a room at this condominium building in the lower northern province. (Photo: Chalit Phumruang)

NAKHON SAWAN: Police investigating the fatal torture of a drug suspect searched a condominium room used by a sacked police station chief and a subordinate’s police flat on Thursday.

The search was carried out by local police and investigators from the Crime Suppression Division.

They found envelopes containing an unidentified powdered substance in Pol Col Thitisan Utthanaphon's room at Crystal Park Condominium in downtown Muang district. The envelopes and contents were seized for examination.

The room was rented by the sacked former chief of Nakhon Sawan’s Muang police station, who used it when he wanted a shower.

A source said the team was also  looking into claims that Pol Col Thitisan suffers from bipolar disorder.

Another CSD police team searched a unit used by Pol Snr Sgt Maj Wisut Bunkhiew in a block of police flats in tambon Nong Kradon of Muang district. The team found an amount of  illicit drugs.

Pol Col Thitisan, 39, also known as "Joe Ferrari", and Pol Snr Sgt Maj Wisut, alias “Dab Bo’’, are among the seven police suspects in the torture-death of a drug suspect.  All face multiple charges, including the murder of the suspect.

Jeerapong Thanapat, 24, died when his head was covered with six plastic bags during interrogation at Muang police station in Nakhon Sawan.

Jeerapong and his wife were arrested by a team led by Pol Col Thitisan on Aug 4. An autopsy report by Sawanpracharak Hospital in Nakhon Sawan confirmed he died of suffocation, not a drug overdose as originally claimed by the interrogation team .

It was reported that Pol Col Thitisan ordered his subordinates to ensure doctors recorded acute drug intoxication as the cause of Jeerapong's death.

Leaked footage of the torture from a surveillance camera was disseminated on social media, resulting in loud disbelief of the originally stated cause of death of the 24-year-old man and condemnation of the officers actions.

On Wednesday, the Criminal Court for Corruption and Misconduct Cases Region 6, in Phitsanulok, approved a police request for the transfer of the suspects to a Bangkok prison, because the case was being handled by CSD investigators in Bangkok.

Corrections Department director-general Ayut Sinthoppan said on Thursday that the seven police suspects would be detained at the Klong Prem Central Prison, as the Bangkok Remand Prison had an outbreak of Covid-19.

The date and time for their transfer would not be disclosed, he said. But it is expected next week.

All seven will  undergo Covid-19 screening and enter a 21-day quarantine process. They will be detained separately from other inmates, Mr Ayut said. 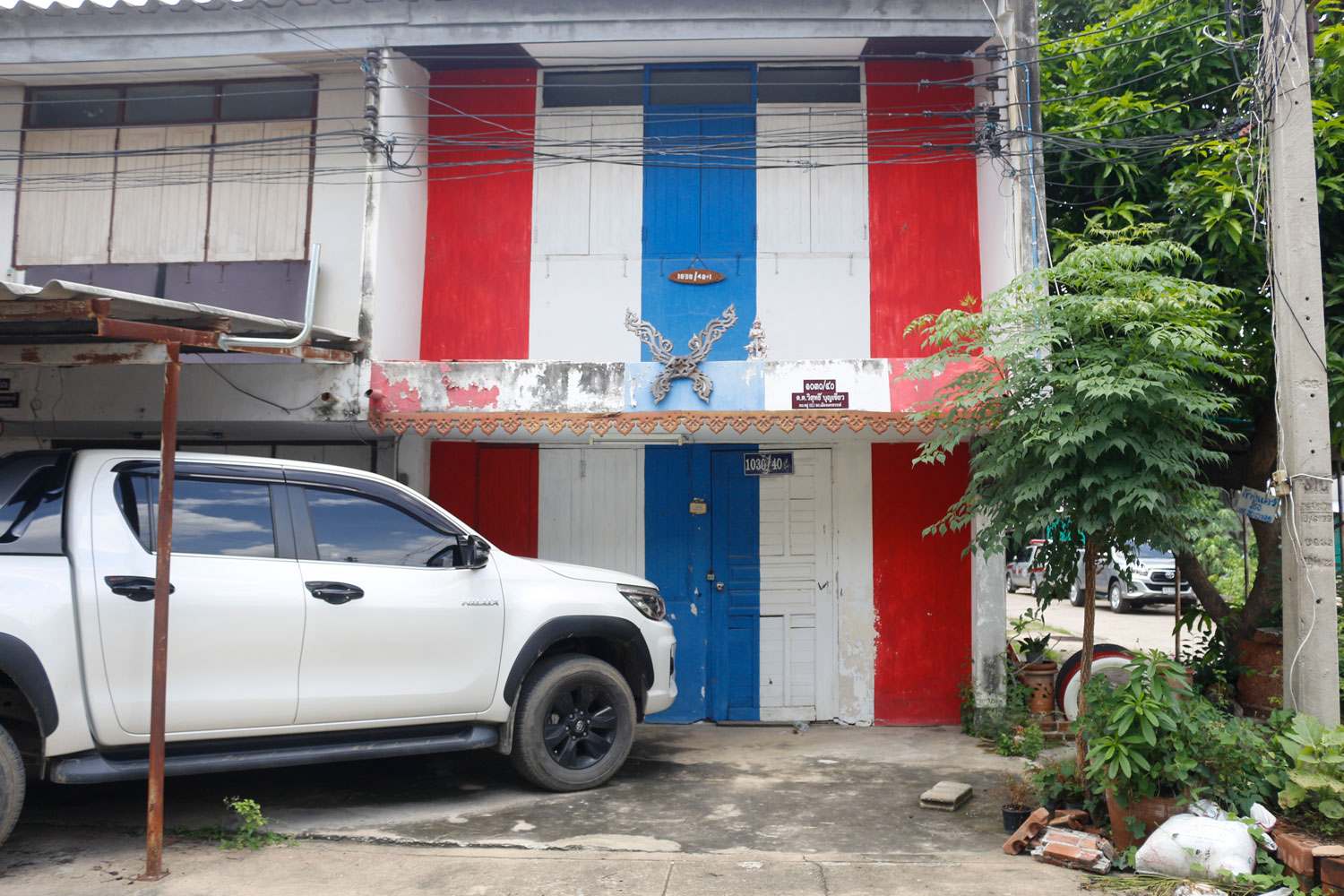 This unit in a block of police flats was used by Snr Sgt Maj Wisut Bunkhiew, alias "Dab Bo".  Crime Suppression Division police found an amount of illicit drugs during a search of the place on Thursday. (Photo: Chalit Phumruang)