Officers question Laddawan Chaiyawong, 31, after her arrest in connection with the discovery of 4.6 million speed pills in her pickup truck in Nakhon Phanom. (Photo: Pattanapong Sripiachai)

NAKHON PHANOM: A 31-year-old som tam vendor who says she took up drug smuggling to feed her family has been arrested with more than 4 million speed pills in this northeastern province.

Laddawan Chaiyawong was taken into custody after border patrol police found 10 fertiliser sacks containing 4,622,000 speed pills in her pickup truck during a search on a road in tambon Saenphan in her home district of That Phanom.

Her husband was serving eight years in jail on a drug conviction and she was struggling to care for her two sons, aged 14 and 3 years old, said Pol Col Sippanan Sornkhunkaew, commander of the 23rd Border Patrol Police Unit.

She could not make ends meet during the Covid-19 pandemic and decided to deliver drugs to earn income to feed her family. She made the first delivery last month and got paid 200,000 baht.

Recently she was approached by a member of a drug gang who offered her 400,000 baht to pick up 4.6 million speed pills smuggled from Laos, said Pol Col Sippanan.

Authorities plan to extend the investigation to arrest other people involved.

Since the beginning of this year, more than 20 million speed pills have been seized in Nakhon Phanom, said Pol Col Sippanan.

Laos is growing in importance as a transit hub for methamphetamine and related chemicals, the UN Office on Drugs and Crime (UNODC) has reported. In addition to the usual routes from Myanmar to northern Thailand, illicit producers are using Laos as a transit country to Thailand given pandemic restrictions.

This has led to more seizures of methamphetamine and crystal meth at the Thai-Lao border. Last year, 5.7 tonnes of crystal meth were seized in 12 northeastern provinces of Thailand, up from just 266kg in 2019, the UNODC said. 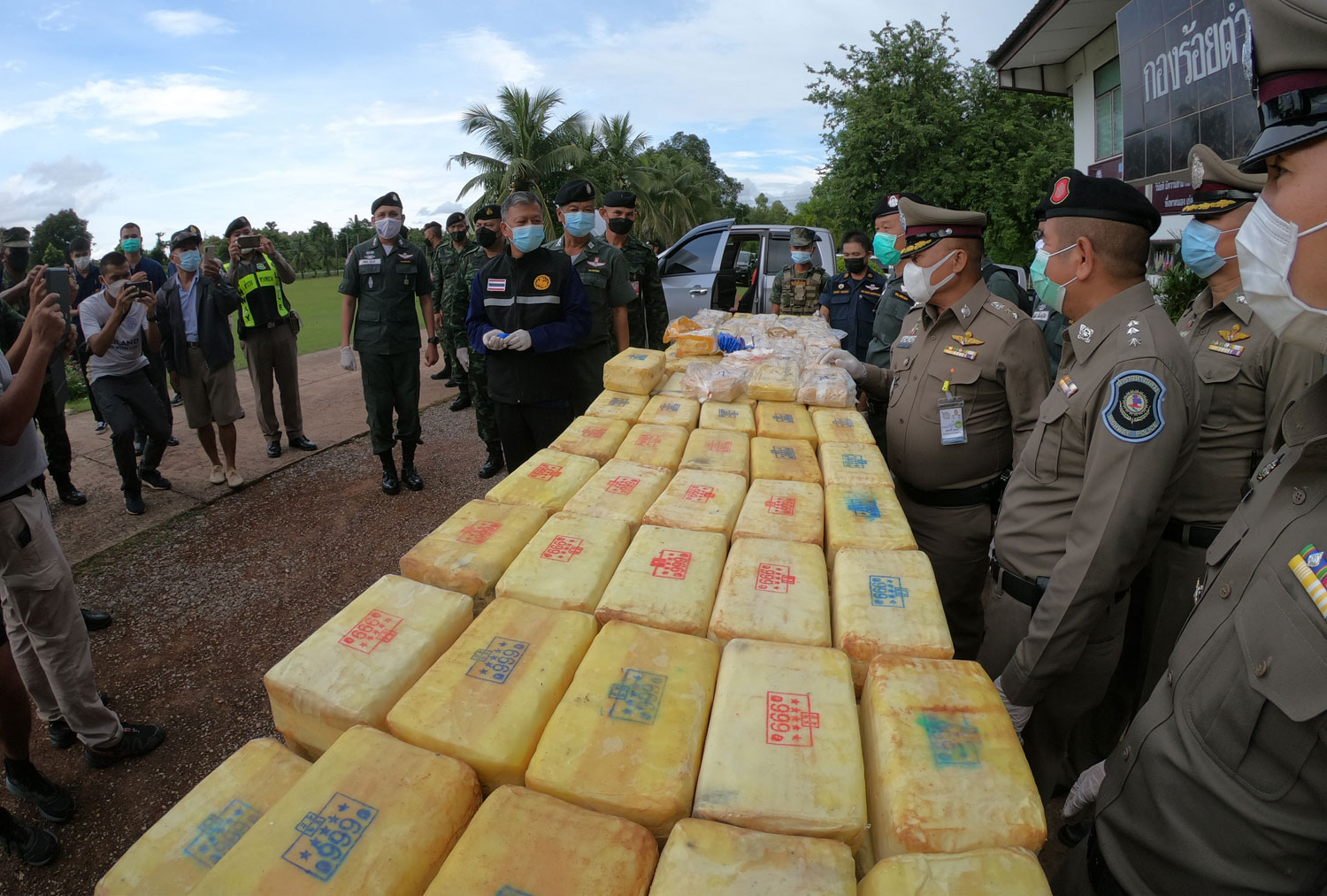 Thieves stole a record $3.8 billion worth of cryptocurrency in 2022 as sanctions on North Korea drove a surge in suspected hacking by the isolated country.

The Ministry of Public Health will press ahead with a controversial amendment that would make possession of more than one methamphetamine pill dealing in illegal narcotics.